A journey to discovering the leader in you through words from Eleanor Roosevelt.

The first time I was in a bookstore and saw a picture of Eleanor Roosevelt on a book I thought, “That looks a lot like Aunt Bea from The Andy Griffith Show.” As a pre-teen I could never have imagined how the woman I mistook for television character would impact the direction of my life and career.

My admiration for Eleanor Roosevelt grew steadfastly during high school when I read her autobiography and remained throughout college. In what seemed like the blink of an eye, I was on my way to New York to intern at the Franklin D. Roosevelt Presidential Library and Museum. It was hard to fathom how this interest that began just a few years before was taking me over a thousand miles from home, but I was exhilarated at the opportunity. After spending time in the archives exploring the lives of these pivotal figures in American History I grew to appreciate Eleanor Roosevelt and her journey even more. It is well-known she was never a great beauty, she would be the first to admit that, but a mind as intellectual as hers was hard to find. Especially for a woman in the early 20th century. It took numerous adverse situations and crucibles for her to emerge as the great leader and woman of strength she is remembered as being.

Later, I had the privilege of working for the Eleanor Roosevelt Center in Hyde Park with the Girls’ Leadership Worldwide Program (GLW). That summer we hosted 84 high school age girls from all over the world and offered a diversity of leadership workshops. As the staff member who was an “Eleanor buff,” I was asked to lead the workshop on her life. It was during this program I observed just how large of an impact Eleanor Roosevelt continues to have. Here were young women who left their homes, some from far-off places such as China, to travel to a small town in New York to study the life of this great lady and to attempt to emulate her in their schools and communities.

At GLW we had a motto: Lead Like Eleanor. A few years later, I continue to ask myself, how can I lead like Eleanor? How can I help others to be an authentic leader like Eleanor? With political division in the United States so vicious and discouraging, we need to be assured that there are leaders like Eleanor Roosevelt and, more importantly, you can become one. Below are six of my favorite Eleanor quotes (and there are countless notable quotes from her twenty-seven books and thousands of columns) and ways we can all apply the lessons relayed in them to lead like Eleanor. You may not find yourself rising to the level of world-acclaim as Eleanor Roosevelt did, but if you have a passion to be an authentic leader and to be a reassuring voice in the midst of the storm, that alone is enough.

“You gain strength, courage, and confidence by every experience in which you really stop to look fear in the face. You are able to say to yourself, ‘I lived through this horror. I can take the next thing that comes along.’ You must do the thing you think you cannot do.”

Recently I faced a life-altering decision that, regardless of what way I looked at the situation, seemed terrifying and in some ways even senseless. I went back time and again to this Eleanor quote and realized I was letting fear gnaw at me and claim victory over strength. I made my choice, faced the fear, and am proud of the decision I made. Sometimes the hardest part is not actually taking the step, it is the process we put ourselves through deciding to take it. Do what you think you cannot do, push the boundaries you imposed.

“You wouldn’t worry so much about what others think of you if you realized how seldom they do.”

Part of what hinders one from being a great leader is putting too much thought into how your peers, subordinates, and total strangers view you. Gossip and rumors are inevitable in the workplace, especially smaller ones, but true leaders spend little time worrying about how they are perceived by others and continue to do their best work and treat others with respect. Eleanor Roosevelt was called countless offensive names, yet she never retaliated against the people that called her those names or went out of her way to defend herself. She continued on the path of doing what she felt to be right.

“The purpose of life is to live it, to taste experience to the utmost, to reach out eagerly and without fear for newer and richer experience.”

Eleanor Roosevelt grew-up a shy little girl who feared almost everything that was not in her control. But after attending school in England and being guided by the headmistress, Marie Souvestre, she not only came out of her shell but began to embrace life and opportunity. As she emerged as a political figure in her own right after her husband was stricken with polio in 1921, Eleanor Roosevelt took every opportunity she possibly could that came her way. In fact, one of the more difficult things for her to do as she grew into being this great lady was say no, afraid she would miss-out on some life changing experience. She knew first-hand about the brevity of life and lived one filled with rich experiences, but more importantly she enriched others’ along the way.

“When you have decided what you believe, what you feel must be done, have the courage to stand alone and be counted.”

As first lady, Mrs. Roosevelt held many strong convictions, but one of her strongest lay in civil rights. As a member of the NAACP, she was a strong proponent for passing an anti-lynching law. FDR was hesitant to publicly support the bill because the Southern Democrats in the House and Senate would not agree to such a bill and he needed their votes to pass New Deal legislation. But he did tell Eleanor to continue to speak-out on what she felt was right. She pressed-on and even attended an exhibit on lynching and continued to lobby in Washington to get the bill passed; both actions aroused outrage. Eventually, the bill did fail because Southern Senators threatened to block New Deal programs such as Social Security. But for Eleanor Roosevelt, the work was not done. In 1939 she arranged for the coloratura soprano singer Marian Anderson to perform at the Lincoln Memorial after being rejected by the Daughters of the American Revolution to perform at Constitution Hall because of her race. She was the first African-American to perform at the Lincoln Memorial and did so in front of 75,000 people. Eleanor Roosevelt’s daring voice angered the KKK, who put on a bounty on her head when she was in her 70s. Still, she was not quieted and she remained active in the NAACP until her death in 1962. Eleanor Roosevelt had a name that carried clout and she used it courageously to stand-by her convictions; she made her voice count.

“A stumbling-block to the pessimist is a stepping-stone to the optimist.”

I find this quote to be interesting because Eleanor Roosevelt did not describe herself as an optimist, she categorized herself as a fatalist. However, when her husband was president and even after his death she was described by others as an idealist, which can go hand-in-hand with optimism. Without optimism, how are those ideals be realized? Certainly not with a pessimistic outlook. Each and every one of us encounter stumbling blocks in our personal lives and careers. Leaders can be distinguished from the non-leaders when examining how an obstacle is approached, with a pessimistic and myopic viewpoint or with an optimistic attitude contemplating the larger picture.

“The future belongs to those who believe in the beauty of their dreams.”

This has always been a personal favorite, so much so I chose to have in inscribed inside my college graduation invitations. Eleanor Roosevelt went from being an insecure, timid child who wanted nothing more than to be alone with a morose book to being the draftee of the Universal Declaration of Human Rights and known as the First Lady of the World. Long after FDR’s death in 1945, when she traveled to Europe or the Middle East thousands would gather to greet this tall, statuesque woman who looked like a typical grandmother. She claimed they came out of respect for FDR’s memory, which may be partly true, but the main reason was out of reverence to her. In her teens Eleanor Roosevelt was full of dreams and hopes, which became dormant while she was raising a family, but in her forties those dreams were reignited and led her to being the most influential first lady in history, and the first female delegate to be appointed to the United Nations. Even after her death, Eleanor Roosevelt’s dreams for world peace, prosperity, and equality continue to be fought for. Hold onto those dreams that motivated you in your youth, it is never too late to re-discover and pursue them. Not all dreams will be realized in your lifetime, but if the desire is there and you share those dreams with others they will continue to be chased.

And for more on the Eleanor Roosevelt Center and GLW: https://ervk.org/ 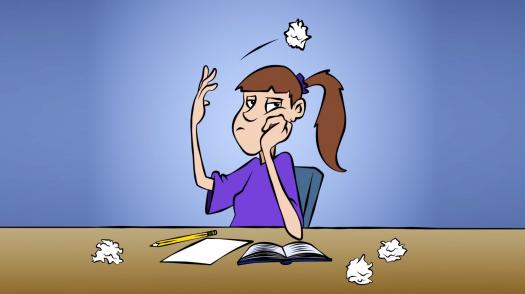 The graduate conundrum - how to make money and gain experience fresh from college.

Keeping your finances secure is important.

A Platform FOR Creative Content, by Those Who Have Worked in It

Finally, someone is addressing the needs of a growing freelance workforce 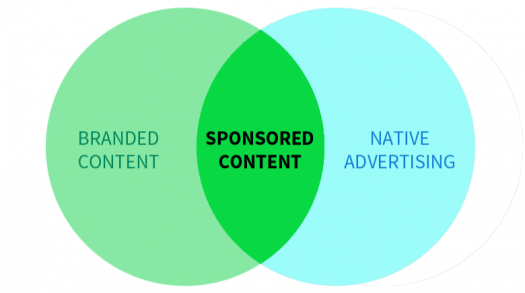 What Is Sponsored Content And How Can You Make Money With It?

Should you skip a starter home and buy a forever home?

Can buying a home for the long term pay off?