How a small, unknown startup managed to get listed in the Panama Papers. 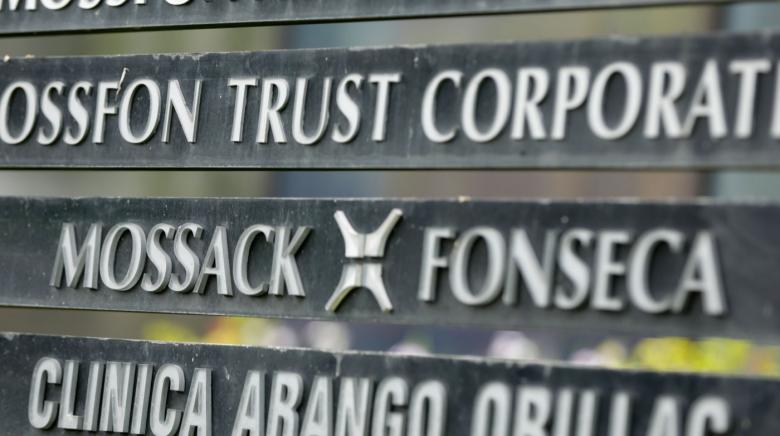 They've all been named in the Panama Papers. One of the biggest data leaks of all time that reveals the names of people who have formed offshore companies.

In 2015/16, a collection of 11.5 million documents containing details about 214,488 offshore entities were leaked from Mossack Fonseca, an international legal firm head quartered in Panama, to the International Consortium of Investigative Journalists. The ICIJ is an independent international network based in Washington, D.C. and made up of more than 200 investigative journalists and media organizations across 70 countries.

Hold on - not everybody is a bad guy!

As you enter the Panama Papers website, the ICIJ is quick to state that there are legitimate uses for offshore companies and trusts, and not all companies in the database have broken the law or acted improperly. This story is about how my small, unknown startup ended up in the Panama Papers database.

In 1996 my husband and I separated, and I had to find work to support my two very young sons. We lived in Paris, but because I was raised and educated in the UK, I didn't read or write French well enough to be employable in France. Then one day I read a TIME article about something called the ‘Internet’, and I knew immediately that it was the solution I'd been looking for to be able to work from home while taking care of my toddlers.

I had traveled extensively before being married, and had an impressive collection of hotel guides, so creating an online guide of French hotels seemed a no-brainer. I got together a small group of local mothers to enter the details of over 6,000 hotels into a database, leased a server in the US, hired a web designer in Paris, and two months later launched Frenchhotels.com.

France is not a very entrepreneur friendly country, and French bureaucracy is not only discouraging, but exhausting. Knowing I could probably work from anywhere in the world, I started researching the merits of living in English speaking countries.

It was now 1997, and Nelson Mandela was president of South Africa. His compassion and wisdom had won the hearts of people around the world, and South Africa was an increasingly popular tourist destination. I envisioned my boys growing up outdoors, climbing mountains  and walking with lions. (OK - maybe I watched too many Disney movies with the kids!)

August of 1997, I moved with my two young sons to Cape Town, founded a company called Internet Hotel Guides and launched a second website called SouthAfricanHotels.com.

Back then the only search engines were Lycos, Yahoo and AltaVista. Their simple algorithms ensured keyword heavy urls like mine dominated search results, which resulted in my websites ranking #1 for matching search queries. This caught the attention of a small California startup called Worldres that had recently developed one of the first online hotel booking engines. Worldres needed to increase website traffic, and invited me to join as an affiliate. Partnering with them meant I would stop paying a fortune for faxes, and be able to provide users instant and secure online booking. The result was a win-win collaboration.

The complications associated with doing business from an emerging market country

In 2002 I also partnered with Sabre and Amadeus, two of the biggest global distribution systems in the travel industry, and WorldChoice Travel, later acquired by Travelocity. Users could now also book cars and flights on our websites, and so I changed the company name to Online Travel Group and registered the business as OTG Limited.

I was responsible for ensuring data was clean and up to date. Managing multiple databases containing thousands of hotels was laborious, because each database inevitably contained duplicate hotels from the other databases. That's when I noticed hotels charged different room rates depending on which booking engine they had listed with. So I came up with an idea for an application to query all four databases on my server in real time, select the lowest room rate and display that rate on the websites. I needed skilled programmers to develop the application, but there were very few in South Africa, and those who were, worked full time for larger companies. The only solution was to hire developers outside of South Africa, namely the USA, and work with them remotely.

Online banking didn't exist yet, and wire transfer from bank to bank, which was established since the 70s, was the only option for making international payments. So I didn't foresee any issue paying US developers from South Africa. But I was wrong...

In 1999, Nelson Mandela retired as President. Worried that money would now leave the country, the government set out to discourage businesses from leaving  South Africa by expanding banking regulations. The movement of money from South Africa to another country became strictly regulated by exchange control regulations. Money could now only be sent overseas with prior approval from the South African Reserve Bank (SARB) – no matter how small the amount. Delays and corruption within the SARB administration resulted in a lot of extra paperwork, delayed payments, and massive banking fraud. Meantime, South Africa was growing increasingly corrupt and violent crime was on the rise. It was time to leave.

In 2004, Asian economies were growing at a record pace. More importantly, they were among the safest countries on the planet. Low crime and strong traditional family values were exactly what I was looking for.

We had four dogs and a cat, so moving to Singapore or Hong Kong wasn’t an option as both countries had strict animal importation restrictions, and pets relocated from Africa were held in quarantine for 12 months upon arrival. Vietnam and China were Communist so forming a company as a foreign national was impossible. Malaysia and Indonesia were managing their own political scandals. That left Thailand. Crime was low, foreign exchange regulations appeared simple enough, and there were lots of International Baccalaureate schools to choose from. So we moved with our four dogs and our cat to Chiang Mai in northern Thailand.

When politics turns everything upside down

I registered OTG Limited as a Thai company, in accordance with regulations of the Thai Foreign Business Act - a law that limited foreign ownership of service businesses, and required companies to be majority owned by Thais. However, the law did not prohibit foreigners from being the majority on a board of directors and didn’t prohibit differing voting rights - a loophole that allowed thousands of foreign-controlled businesses to operate in Thailand.

A series of events in 2005, lead to a military coup the following year that overthrew the Thai government and its democratically elected leader. Coalitions were quick to propose changes to government, including the redrafting of the Foreign Business Act to limit foreign owned businesses in Thailand.

I consulted with three international tax firms and all advised the same thing - protect your company by moving it to an offshore jurisdiction, or leave Thailand and move to another country. The latter wasn't an option. I couldn’t pull my boys out of school in the middle of the school year and relocate them again.

I was referred to an American lawyer in Bangkok representing an international legal firm called Mossack & Fonseca, who updated me on the tax implications of moving my company to an offshore jurisdiction. I opted to register OTG Limited in the British Virgin Islands, a British overseas territory, because of my ties to the United Kingdom. My UK bank had a branch and offices there, so it would be like doing business in the UK.

Two years later I partnered with Booking.com based in Amsterdam, added new websites to my network and rebranded the company YayHotels.com.

In 2011-2013, Google's Penguin and Panda algorithm updates, plus the huge advertising budgets of TripAdvisor and Booking.com, resulted in big brands crowding out smaller players like myself, making it difficult and uneconomical for small travel websites like mine to compete. It was time to come up with another business.

Both my sons went to university in the USA. When my eldest graduated, his classmates came to stay with us in Thailand. For most of them it was their first trip outside of their country. Every day they sat around the house posting stories about their travel experience. Then I discovered none of them had secured jobs and all were struggling with college debt, and that’s when I came up with the idea for YAYWORLD - a marketplace where young people can monetize their creative skills by creating content for local businesses.

In 2016, again, with the help of legal firm Mossack & Fonseca, I changed the name of my  offshore company to YAYWORLD Inc. However, unknown to me, the company was now registered in a database that would shortly be leaked to the ICIJ and come to be know as the Panama Papers.

This story is simply to explain that not all companies listed in the Panama Papers are conducting inappropriate or illegal business. Those that are, will hide the names of the directors and owners in order to avoid paying taxes. Registering a company offshore is no different to registering a company under a specific structure in Ireland, the Netherlands or the United Kingdom. In fact, in the USA, states like Delaware, Nevada or Wyoming operate similarly to a classic offshore center. What's important is to do your homework and choose the right business structure for your company. Today, YAYWORLD is an American company operating in the USA.

Why virtual reality is the future of marketing

New technology has radically changed advertising – none more so than virtual reality.

How to be a Writer and Get your posts Sponsored

What you should know about being a writer on YAYWORLD and how to get sponsors.