Why virtual reality is the future of marketing

New technology has radically changed advertising – none more so than virtual reality.

What Is Virtual Reality Advertising?

Only a couple of decades ago, virtual reality was treated as an amusing but also enormously expensive and primitive innovation. Nowadays, virtual reality has become a potent new form of technology with multiple applications which not only avant-garde artists and video game companies should take seriously, but also marketers, too.

After all, virtual reality is a form of immersive multimedia which incorporates complex sound and sophisticated visuals, both of which are woven into an encompassing, interactive simulated environment. Given this enrapturing mixture of multi-sense stimulation, in combination with increased VR technology sales, this novel channel of marketing promises to have enormous advertising potential.

While still an emerging technology, notable businesses have already incorporated VR technology into their advertising and branding. For example, in 2014 Lowe's deployed an interactive home improvement tool termed “Holorooms.” These virtual interiors allow customers to precisely visualize and build a room in their home using a VR headset. Modifications include altering the room's wall paint, counter top type, cabinet finishes, among other facets of the room.

Shoe and accessory business, Tom's Shoes, has used VR technology as a means of reinforcing their own core values while simultaneously promoting sales. Tom's Shoes brands itself as a nonprofit firm which donates a portion of its sales to assisting rural communities in developing countries. To illustrate this, a Tom's Shoes retailer in Venice, California possesses a four-minute long “virtual giving trip” which takes the viewer through a village in Peru.

Other examples abound, but the overall conclusion is inescapable: VR marketing is a strategy that high-profile firms have made a considerable investment into.

Why More Businesses Are Investing In Virtual Reality Advertising

Every marketer knows that it is better to show, not tell – which in practice means the use of less text and more visual elements. Furthermore, every salesman knows that when engaging with any client it is imperative to get the product into the consumer's hand as swiftly as possible. VR marketing effectively does both at the same time while being able to reach a broader consumer base. For example, Toyota has recently invested in creating digital showrooms which allow consumers to see a new car from the comfort of home. Mitsubishi has employed a similar strategy which will enable prospects to drive one of their promoted vehicles inside a virtual environment, thus luring them into dealerships.

Moving on, the number of VR platform types is growing as well as their use. For context, only a few years ago the Oculus Rift was the only mass-production model and its implementation was highly limited. However, the market has now been filled with several new competitors including the HTC Vive, Playstation VR, Samsung Gear VR, and Google Daydream View. In addition to these existing competitors, Microsoft is partnering with HP, Lenovo, Dell, and Acer to manufacture a series of Windows 10-compatible “mixed reality” headset systems. Further, Apple has been rumored to be developing a headset system which uses both VR as well as augmented reality – similar to the Google Glass.

Though initial sales were relatively sluggish, 2017 saw a considerable boom in VR sales. According to the marketing analysis firm Canalys the 3rd quarter of 2017 saw a record number VR headsets ship in excess of one million units.

Of units sold recently, the overwhelming favorite has been the Playstation VR and with good reason. The headset is compatible with the best-selling video game console of the eighth generation and can be used to play over one hundred games. This is great news for advertisers of all industries since gamers have become an incredibly diverse consumer group. To be specific, gamers range the gamut from young children to middle-aged adults, comprise an increasing number of women, and have become increasingly common throughout both the industrialized and developing world.

The Future of the Industry

Since VR headsets have been so easily integrated with existing consumer hardware, there is every reason to suspect that the VR systems will approach, if not exceed, the projected 37 million units sold by 2020.

Now on the cusp of going mainstream, the industry could be worth as much as 40 billion USD by 2020. In fact, Goldman Sachs Research estimates that in the future, VR systems will be as ubiquitous as smartphones. 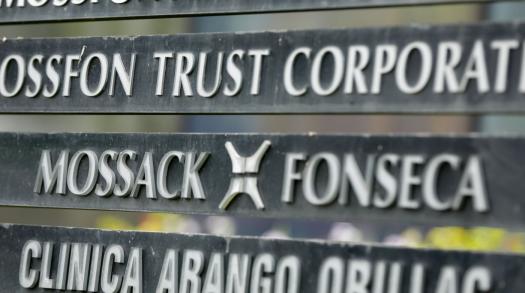 How a simple, little known startup managed to get listed in the Panama Papers.

How to be a Writer and Get your posts Sponsored

What you should know about being a writer on YAYWORLD and how to get sponsors.