From an early age, I knew there was something different about me. I would hoard broken toys for fear they would feel sad if I discarded them. I could not part with clothing I had for years that were clearly no longer my size. I would nervously check every 30 seconds to make sure my stick-on earrings (before I got my ears pierced) were still on my lobes.

I thought I was just what people would classify as a "nervous person."

But then in fourth grade, we took a trip to the Monterey Bay Aquarium. While everyone else was pumped for the day-long field trip, I was queasy, uncertain, and overheated as we drove to our destination. Normal jitters, right?

Then the summer of 2008 rolled around: the start of middle school. My first day was anything but normal. I had nausea, heart palpitations, dizziness, and a stomach ache. The summer heat didn't help the fact that my body already felt like it was 120 degrees.

As I walked through the gate of my new school as a seventh grader, my symptoms only worsened. However, towards the end of the school day, my symptoms would suddenly disappear.

But that wasn't the end of it. The same symptoms occurred. I vomited several times before school each day and would skip breakfast most days. I would even have my mom keep pulling over on the way to school, so I could vomit. I would have to beg her not to make me stay home or go to the doctor; I knew I wasn't "just sick."

Fast forward to age 18, I got my license, started college, and was self-employed. My anxiety only worsened. I started to have mild to moderate anxiety while driving, until it got to the point where I would have to pull over every chance I had as I not only felt distressed and over-stimulated but also depersonalized; I was in no state to drive.

But there was a point where I could no longer drive as I had worsening panic attacks. I couldn't even get in anyone's car. I would be frantic and yell out, "STOP!" to the person driving me if they were backing out slowly, and another vehicle was approaching in the distance. My anxiety was sky high at this point forward.

I couldn't just not drive or be driven; I also couldn't leave the house, developing a condition known as agoraphobia. I had a fear of having another panic attack and would refrain from walking further than three or four houses away from my home. Everytime I would go too far, I felt like I was losing control. I had an intense fear that I couldn't understand. I would feel sick and depersonalized. I felt like I would die.

While I'm still in the process of recovering almost two years later (and doing a lot better), there is still progress to be made.

However, I'm not typing all of this because I want people to feel sorry for me. I'm doing it to give you a perspective into my past and present, and in turn, what I learned from this haunting experience.

That said, here are five things I learned from having severe anxiety all of these years:

1.  Mental illness, for those who've never experienced it, is a mystery in their eyes (and sometimes, it's better off that way).

Some friends, family members, and others in my life never understood why I felt the way I did and why I couldn't just get better.

Even doctors with experience dealing with mental illness in other patients never understood why I of all people had anxiety. I was shy, quiet, introverted, and generally appeared normal. Many of them would tell me I'm fine or that my anxiety is caused by how I deal with things (but that's only part of it). I would usually get referred to a therapist or counselor that I would never actually set up an appointment with.

While it sucks that people don't completely understand (and I don't have to words to explain how severe my anxiety has been), I am so thankful these people don't understand. I love that the people in my life treat me like a normal person, not like an anomaly. Sometimes ignorance is bliss. Plus, I would NEVER want anyone to experience a fraction of what I have gone through.

2. Even with anxiety, you can still accomplish great things; you just might have to do it differently.

I took a dramatic turn my senior year in high school. I went from below a 3.0 GPA to a 4.0. I got all A's and one B in community college. I graduated with my B.A. with a 4.0. I obtained above 100-percent and earned the highest scores on all exams in a college course that most people failed. I started my own business at age 17 and started freelance writing at age 19.

However, even with these successes, it was tough. Actually, it was brutal. I would have to take a lot of breaks. I would study eight hours for ONE exam because anxiety made it hard for me to concentrate and memorize. I would cry before my college night classes. I would occasionally have mild panic attacks during exams, even non-timed exams that I took online in the comfort of my home. I would stay up until 3 a.m. several nights to finish writing for my freelance clients.

The point isn't to flaunt my successes. Instead, the point is to let you know that even with anxiety, you can meet your goals. You can do what you want in life. However, there are going to be good days and bad days.

There will be times where you have to make modifications for yourself. You might have to take less courses the next college term or cut back on work. You might have some days where you go to bed with an unfinished to-do list. And this is all okay.

3. In some aspects, anxiety is a gift.

I always thought there was nothing good with having anxiety. In the beginning, anybody would think this. As I grew up and my anxiety grew with me, I found that it can actually be a good thing in some ways.

For one, anxiety has made me more grateful for my good days. When you struggle, the contrast between those rubbish days and the ones that some may consider "just decent" mean to world when you have anxiety. You learn to appreciate the little things just a bit more. I don't take my great days for granted anymore.

Secondly, I find that I'm more empathetic than I used to be. When someone tells me they're stressed, I know how to help them and what to say to make them feel better. I sometimes find myself using techniques that help my anxiety on them.

Additionally, anxiety taught me that everyone has limits, including myself. After I graduated high school and had more free time in college, I tried to be productive literally 24/7. My time was all or nothing. But constantly keeping busy is never healthy physically, mentally, cognitively, or emotionally. I finally learned to be kind to myself and give myself breaks. I also found that everyone has different breaking points. Some can worked 12-hour shifts no problem. Others might struggle to get through an 8- or even 4-hour shift. Everyone's different. 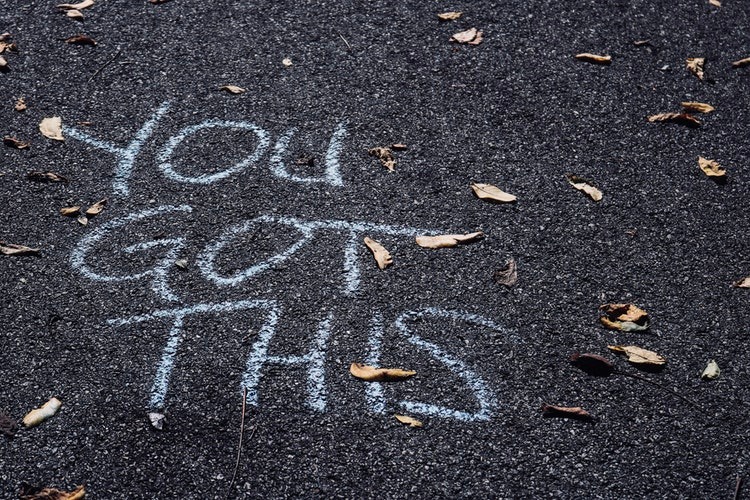 Know you're not alone.

Over 40 million Americans alone have an anxiety disorder. Even celebrities including Selena Gomez, Paula Deen, and Howie Mandel have dealt with anxiety. It feels good to know that there are others out there going through something similar. However, also know that those diagnosed may have different types, symptoms, intensities, exacerbators, and causes of their anxiety.

Even for an individual, their anxiety disorder may evolve, get better then get worse, or may even go away. They might have new symptoms appear or even symptoms go away. Mental illness is never black and white.

While I still have a way to go on my own mental health journey, I love to educate others on mental illness and encourage those with anxiety, panic attacks, and/or agoraphobia to not let the beast win.

There is hope with mental illness, but a major part of the healing process is talking about it, reflecting on your own thoughts and feelings, and going through the hurt before you can get better.

Feeling down? Just looking for a little pick-me-up? These tips will help.