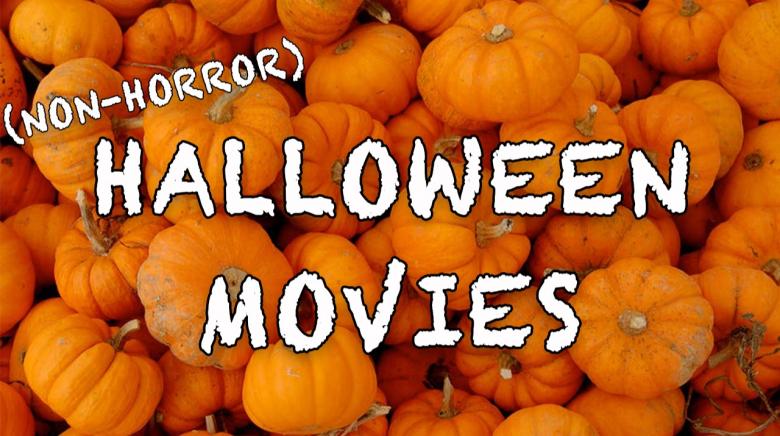 Not a fan of horror but still a fan of Halloween? No problem! Here are a few (non-horror) movies to get you in the Halloween spirit!

I put a spell on you! Get ready for comedy, costumes, curses, and catchy music!

This famous Halloween classic with an all-star cast tells the story of the Sanderson sisters, witches who come back from the dead after a clueless teenager breaks a curse on Halloween. The three evil (and entertaining) sisters plan to live forever by sucking the life out of children but Max, the boy who released them, his sister Dani, and new friend (and crush) Allison try to stop them. Helping them is the immortal cursed cat Thackery Binx, who vowed to never let the witches live again after they killed his little sister three hundred years before.

To end the debate - this is a Halloween movie, not a Christmas one!

This ghoulishly fun animated adventure follows the tale of Jack Skellington, the "Pumpkin King" and defacto head of Halloweentown. Jack has become disenchanted with his spooky life and yearns for something new, which he finds when he falls down into Christmastown. Upon his discovery, he becomes obsessed with making Christmas belong to Halloweentown and has the whole town help, for better or for worse.

Everyone's favorite friendly ghost, and every girl's secret crush when they were little (the human side of him obviously, let's not be gross).

When a greedy heiress inherits an old mansion with a rumored treasure inside, she becomes determined to get rid of the ghosts living there. To this end, she hires a therapist for ghosts to live in the mansion so he can convince the ghosts to pass on. While the therapist tries to communicate with a trio of spiteful, trickster ghosts, his daughter Kat befriends Casper, the friendly child-ghost.

Based on the famous Disneyland ride - just with more comedy.

After the Evers family is lured to a mansion in the middle of nowhere under the pretense that the owner wants to sell it, they quickly find themselves in all sorts of odd predicaments. They soon realize that the occupants of the house are ghosts and that Sara Evers is believed to be the reincarnated form of the master's doomed love Elizabeth. While Sara remains confused and separated from her family, Jim Evers and his kids go searching for the truth behind Elizabeth's death and why the ghosts are trapped in the house.

Ever heard the tale of the Headless Horseman? Well this rendition has Johnny Depp!

This interpretation of the famous story "The Legend of Sleepy Hollow" depicts Ichabod Crane as a police constable who is sent to inspect a series of deaths by decapitation in the town of Sleepy Hollow. The locals tell him that the killer is the Headless Horseman, but the skeptical Ichabod waves off these beliefs - that is until he sees the horseman in action himself. However, there is more hidden than what meets the eye.

A sense of childlike wonder and excitement awaits!

This beloved film follows an alien who was accidentally left on earth and found by a young boy named Elliot. After Elliot introduces his siblings to the alien (later named E.T.), they begin to notice that not only does ET have magical abilities, he and Elliot seem to have a connection beyond friendship. They try to keep ET a secret, and on Halloween decide to go and try to contact ET's family. However, complications arise because as ET begins to rapidly fall ill, so does Elliot and the government quickly becomes involved.

Coraline is a stop-motion animated tale about Coraline Jones and her family, who have just moved into a new house in a new state. Coraline is unhappy with the move, and her unhappiness is noticed by a sinister figure keeping an eye on the house through the guise of a doll. The doll lures her into a different realm where her "Other Mother" lives and her life seems perfect. She wants to stay but the catch is - she must have buttons sewn into her eyes. When Coraline refuses, the "Other Mother" begins affecting her normal life and Coraline realizes she must fight back.

This fantastic comedy derived from the famed book depicts the grandson of Victor Frankenstein as a doctor who doesn't want to be associated with his family's shameful legacy. However, when his families estate reverts to him, he travels back to Transylvania and soon becomes embroiled in the same re-animating actions that he so hated his grandfather for. With his servant Igor by his side, they create another creature - with a few pitfalls along the way.

After the Maitlands die in a car crash, they find themselves haunting their old home, unable to leave. When a new family moves in, they enter the afterlife to find what their next steps should be. They determine that they want to try and scare the new family away, but there are two problems with their plan. First, the family's daughter Lydia can communicate with them and becomes a friend. Second, the man they hired to help, Betelguese (Beetlejuice), is uncontrollable, crass, and makes more trouble than he's worth.

I see dead people... not so new now is it? But still effective!

This stop-motion animation film follows the life of Norman, a young boy who can see and speak with ghosts. Nobody believes him and he is an outcast in the town. However, one day his alienated uncle warns Norman that he must complete a ritual in the graveyard before sundown, otherwise something catastrophic will happen to the town. He fails in his attempt and a great magical storm comes to raises the dead. After running away, he and a group of friends realize that the storm itself is the spirit of a young girl killed for witchcraft and they must find a way to appease her spirit before she destroys the town.

They really are a scream - the Addams Family!

Based on the cartoon and then the TV series, this remake of the famous nightmarish family is perhaps one of the most well known Addams-adaptations. The film centers around the apparent re-emergence of Fester, Gomez's long lost brother. Although the Addams are overjoyed to have him back, he is actually tricking them into thinking he's Fester, when in fact he and his mother just want to steal the Addams fortune. However, as he is accepted into the Addams home and begins to enjoy their way of life, Fester becomes conflicted about what he should do.

A performance-capture animated film that brings to mind the animation style of The Polar Express, just with more ghosts and teenagers. In the film, DJ and his friend Chowder lose a basketball on the irritable neighbor Mr. Nebbercracker's lawn and cause him to have a heart attack. After he's taken away in an ambulance, they begin to realize that his gloomy house is actually alive. The next day they rescue a girl from being eaten by the house and the three decide to kill the "monster house" to stop anyone else from being harmed.

Is this a spectacular movie? No. Is it full of ghoulish and ghostly fun? You bet!

This sequel starts at a party thrown in honor of the Mystery Gang, with all of their past cases on display with costumes and other evidence. When the party gets crashed by a mysterious masked man and the reanimated Pterodactyl Ghost, two of the costumes are stolen and an ominous message given. It's left up to the Mystery Gang to find out who is stealing costumes, and for what purpose. All the while, they face increasing tension from the city as a reporter turns public opinion against them.

What if Grimms fairytales and the Twilight franchise had a baby...

Although not the highest rated film on this list, Red Riding Hood has an unmistakable gothic, haunted feeling to it that perfectly fits in with Halloween. Our Red Riding Hood is Valerie, a girl who lives on the edge of a forest that contains a werewolf. She has long been in love with her childhood friend Peter but is instead betrothed to marry the wealthier Henry, against her wishes. One day the wolf kills her older sister and the village decides to employ a monster hunter. When the wolf attacks again, it becomes known that Valerie can communicate with the wolf and she is imprisoned as bait. Once rescued, Valerie begins to realize that her connections to the wolf run deeper than she thought.

Ever wonder what a hotel for monsters would look like?

This animated trilogy is silly, creative, and fun for the whole family! After Count Dracula's wife was killed by humans, he built hotel for monsters so he could hide away his young daughter and protect her from the outside world. However, the world has changed since he was young. No longer is there fire and pitchforks, instead he faces cell phones and hippie-slang in the form of Johnny, the human surfer-dude from California who stumbles upon the hotel and falls for Mavis, Dracula's daughter.

Who you gonna call?

A ghoulishly fun comedy inspiring multiple sequels, spin-offs, costumes, and more! After three scientists investigating the supernatural come upon a ghost in a library, they decide to start a business called "Ghostbusters," where they capture and contain all of New York City's ghosts. However, after supernatural activity in NYC grows exponentially and their equipment breaks, the (now 4) Ghostbusters have to figure out what is the source of the paranormal growth, and defeat it.

This Tim Burton tale tells the story of the Edward, a boy created by an eccentric, rich inventor who died before he could give Edward hands, leaving him with long knives for fingers instead. One day Edward is found by a Peg Boggs, a saleswoman who takes him home to live with her family. The neighborhood is initially intrigued by Edward and he begins to fall in love with Kim, Peg's daughter. However, Kim's jealous boyfriend Jim manipulates the townspeople into thinking that Edward is a menace and the Boggs are left fighting to show people that Edward is a good person.

This slightly disturbing film is yet another adaptation of the famous tale of Frankenstein. In this more child-oriented film, Victor Frankenstein is a young boy who loves science, his family, his dog... and that's about it. So when his dog Sparky dies, he tries anything he can think of to bring him back, and thus the Frankenweenie (reanimated Sparky) is born. However, his classmates are intent on stealing his idea to win the science fair - with some disastrous and dangerous results.

It's the Great Pumpkin, Charlie Brown

This is more of a television special or film short, but it's iconic so it counts!

The focus in this short is more on Linus, who writes a letter to the Great Pumpkin in anticipation of meeting him on Halloween. He is ridiculed by all his friends (save Lucy) and on Halloween night they all go trick or treating while Linus sits in a pumpkin patch and waits diligently for the Great Pumpkin.

But further than that, Harry Potter works well for Halloween because of its premise - that it's about witches, warlocks, and magic. That and the fact that they have some truly killer Halloween scenes in the films (TROLL IN THE DUNGEON... thought you ought to know *faints*). What could be better? 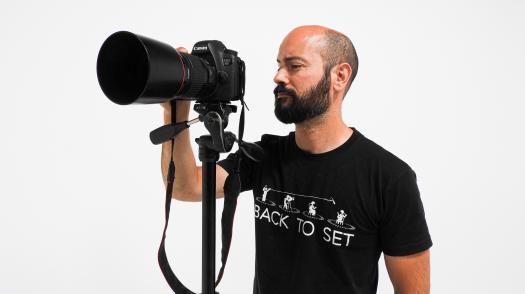 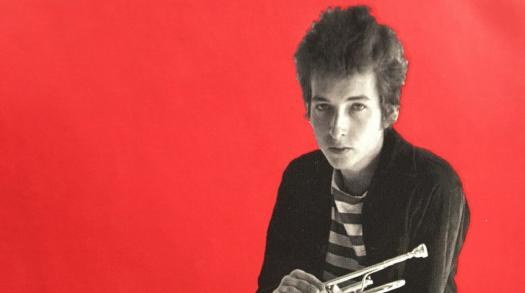 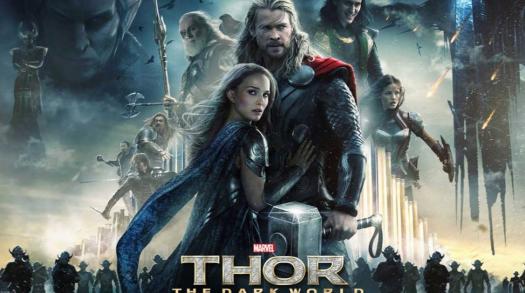 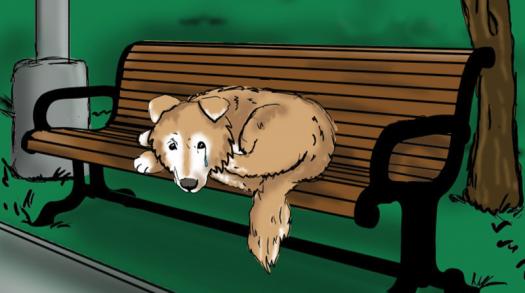 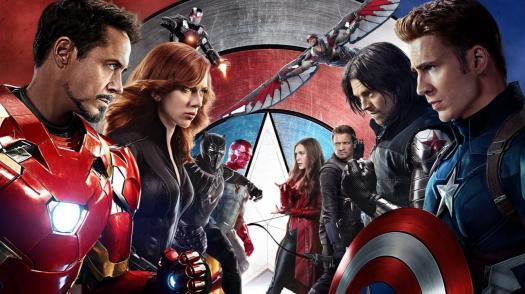