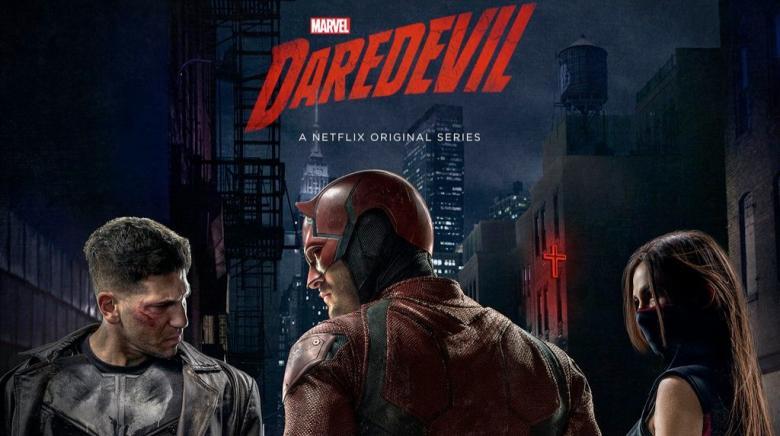 Before we see Netflix shows for other heroes, we return to Hell’s Kitchen for the second helping of Daredevil. Season one was outstanding and one of the best things I’ve seen in the Marvel Cinematic Universe to this point. Could this new season avoid the sophomore slump?

The pressure was high for the first season, as it needed to succeed. Though there wasn’t as much on the line this time around, the expectations were way high. The first season had a stellar villain, some impressively brutal fight scenes, and a supporting cast that made everything fall perfectly into place. For the most part, I think this season did well to follow up on all those things.

I’d say the biggest success for this season was the introduction of The Punisher. Jon Bernthal was outstanding as Frank Castle. His work in the early portion of the season was exceptional and he’s the main reason why the first four episodes were the best. From the battle against Daredevil to the night he tied up our hero to their incredible conversation just before his arrest, it was masterful. While he was less of a factor in the back two thirds of the season, anytime he appeared on screen, he stole the show. He quickly became one of the most interesting people in the entire MCU.

As soon as Frank Castle was arrested, that episode ended with the arrival of another key character. Elektra. Played by Elodie Young, she represented a link to Matt Murdock’s past and a love interest. Her inclusion was expected given the history between the two characters and Young has strong chemistry with Charlie Cox. However, I just couldn’t fully get into the character. Something about her never clicked with me and with the focus on her, the show was never as interesting as it was when Punisher was the antagonist. 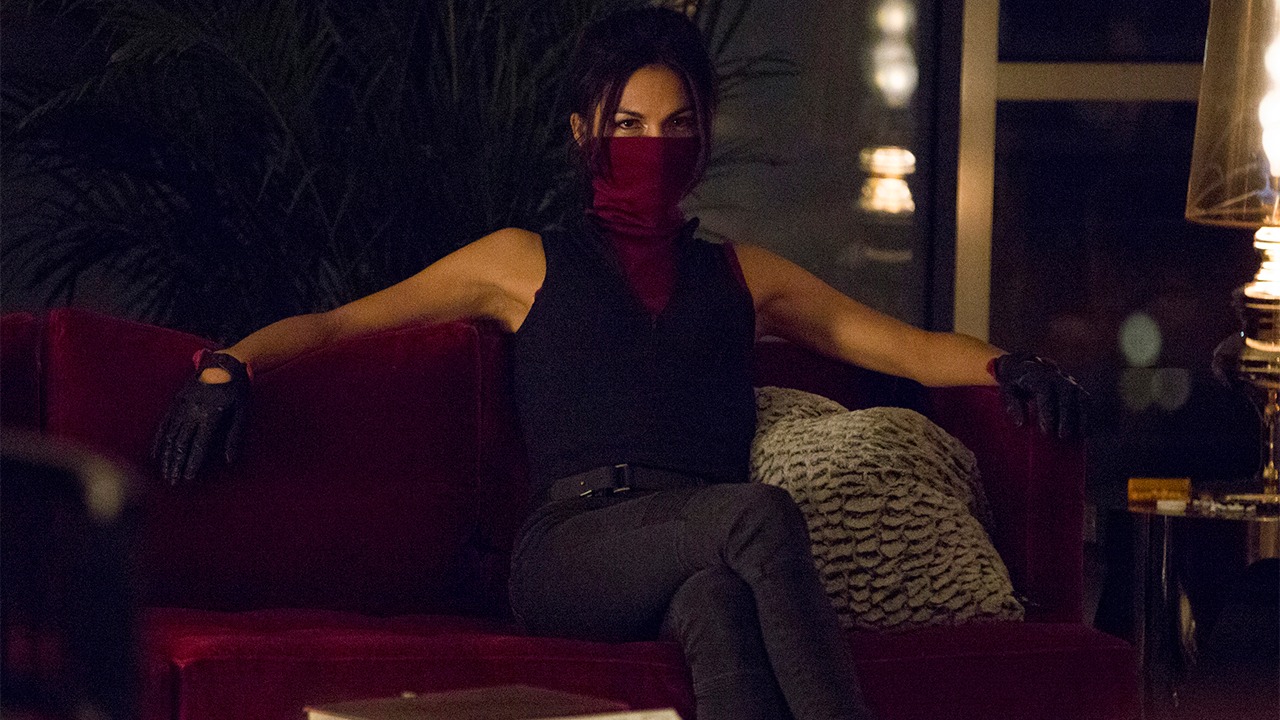 Speaking of how Elektra entered the picture as soon as Frank stepped out of the spotlight, the pacing was improved this season. I noted how it felt like season one peaked around episode 9 and then slowed a bit before ramping up to the finale. The same thing happened with Jessica Jones. Giving us a Punisher arc and an Elektra arc helped level things out overall. Sure the show never got back to the level of the fourth episode, but it quickly rebooted and set us on a new path. 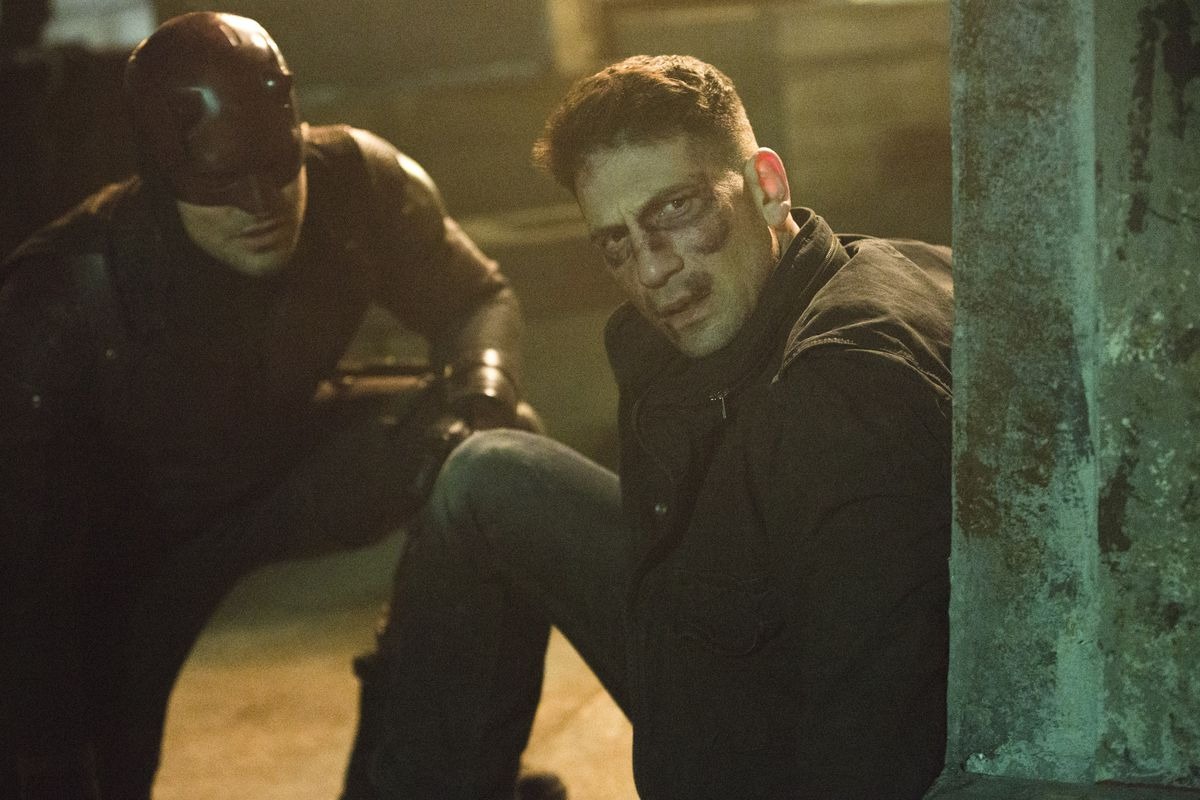 Last season, I mentioned that I wasn’t a fan of the romance between Matt and Claire. This go around, the main romance involved Matt and Karen. It never clicked for me. Foggy always felt like a more natural interest for Karen. It seems like Karen was put with Matt simply to give the hero a pretty girlfriend. In general, Karen is still a very good character. She’s tough, has her own interesting plots, and her rapport with Castle was one of the best things about the season. Just, anytime she was put with Matt, things felt like they slowed to a crawl. Also, on the topic of Foggy, he once again was a standout. 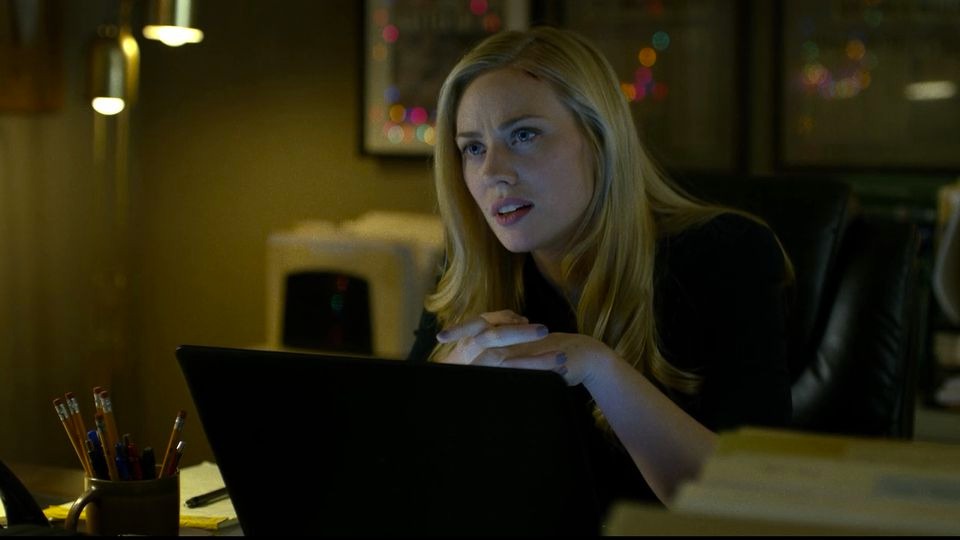 The action scenes are well done again. We get another single shot fight scene that is on par with the now infamous hallway right from the show’s second episode. The battles between Daredevil and Punisher are top notch. However, they can get a bit repetitive and by the time the final war pitting Elektra and Daredevil against The Hand came around, I was kind of numb to it. Like, it happened, but I didn’t care as much as I probably should have. 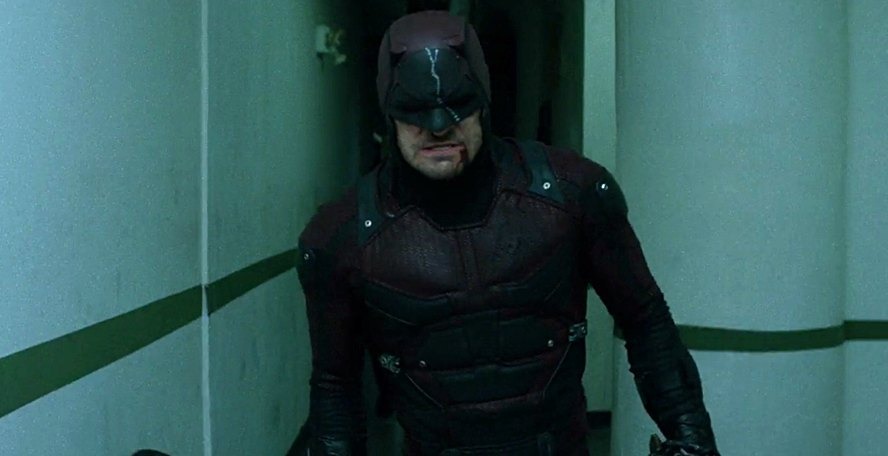 That brings me to The Hand. This order of ninjas took over the role of the main villains on the show. I don’t care for them. They’re kind of boring and not at all intimidating. They had one cool scene where they infiltrate a hospital, but other than that, they don’t really do anything. I’m glad there was more focus on anti-heroes like Punisher and Elektra because nobody was going to touch Wilson Fisk in terms of being a great villain. 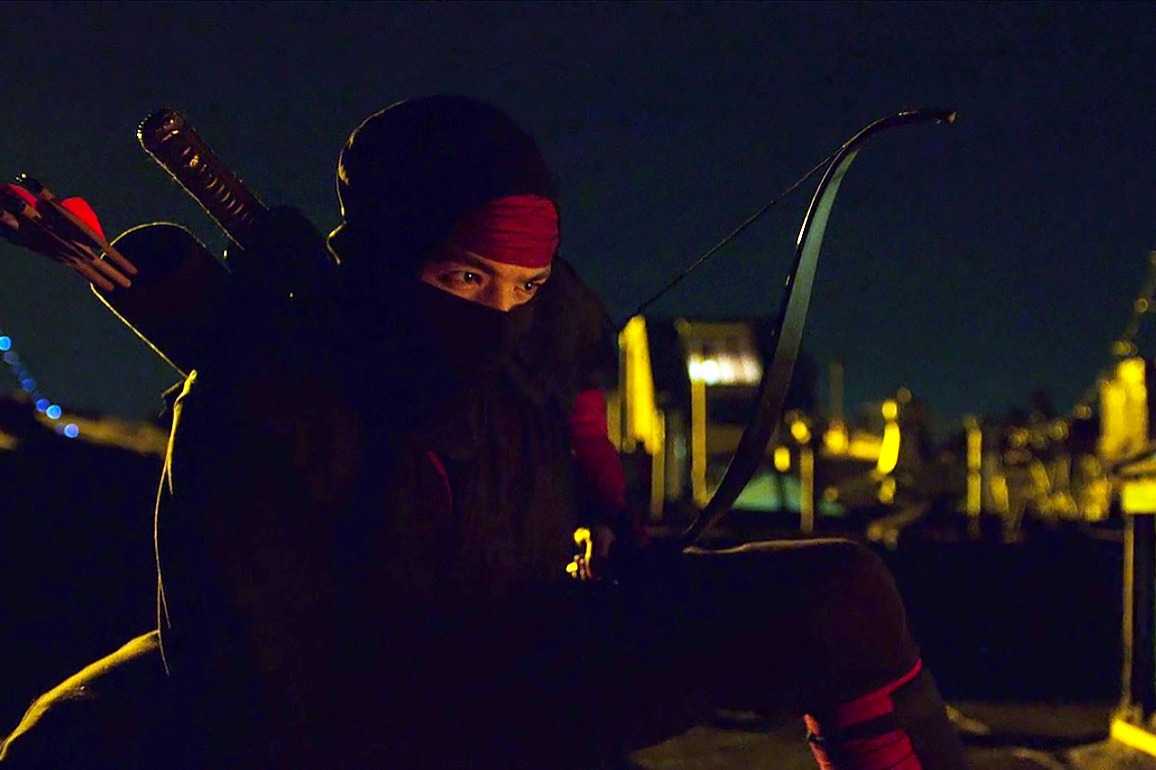 Wilson Fisk. The man who made season one so spectacular. He returned for a handful of episodes from prison. We got to see how he basically took over fellow inmates and guards. We saw how he orchestrated to get The Punisher to do his dirty work for him. And of course, we got the terrific scene where he confronts Matt Murdock. Their conversation was filled with tension and Fisk left him with a threat that let us know he’d be back. With a vengeance. Vincent D’Onofrio once again owned the role. 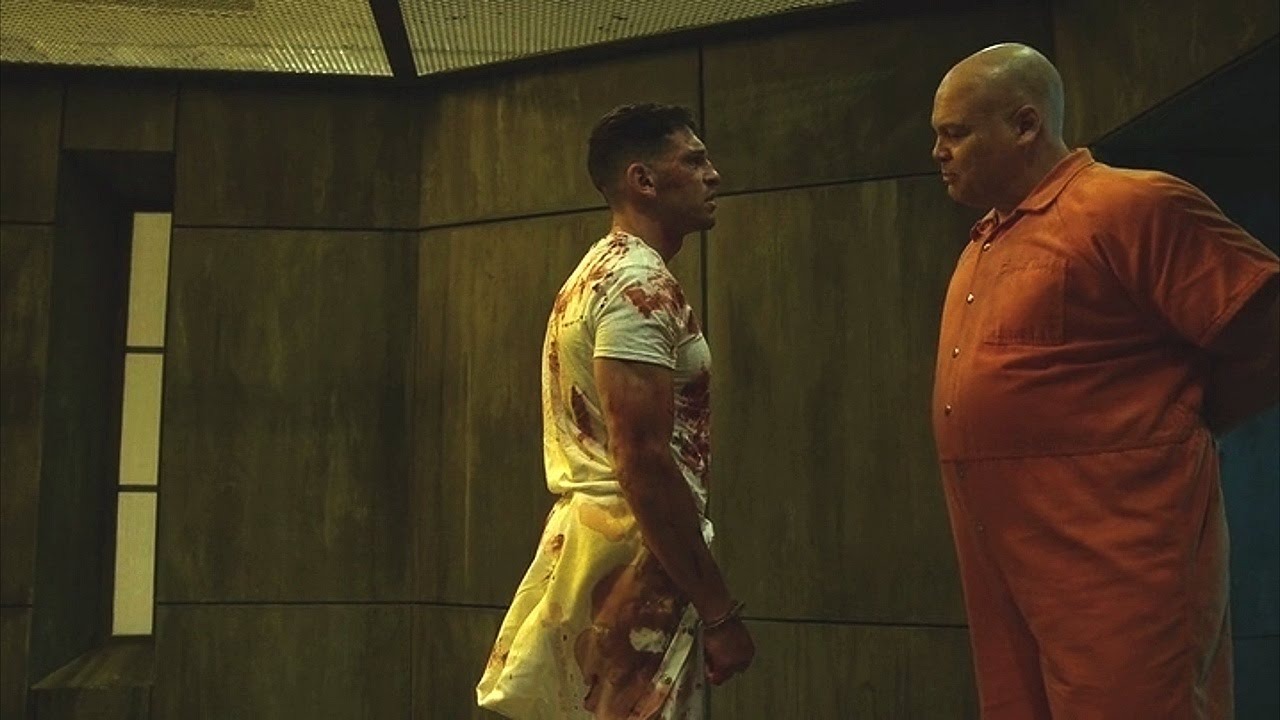 In terms of MCU connections, this show had a few but not a ton. For one, the Roxxon Corporation was mentioned several times. Jeryn Hogarth, a key character in Jessica Jones, makes a cameo in the finale interviewing Foggy about a new job. Claire Temple returned for a short stint. Vigilantes like Jessica Jones were mentioned. I also got a kick out of the Dogs of Hell, a motorcycle gang first mentioned in Agents of S.H.I.E.L.D., playing a role. Most importantly, of course, was the arrival of The Punisher. Frank Castle goes on to get his own Netflix series. 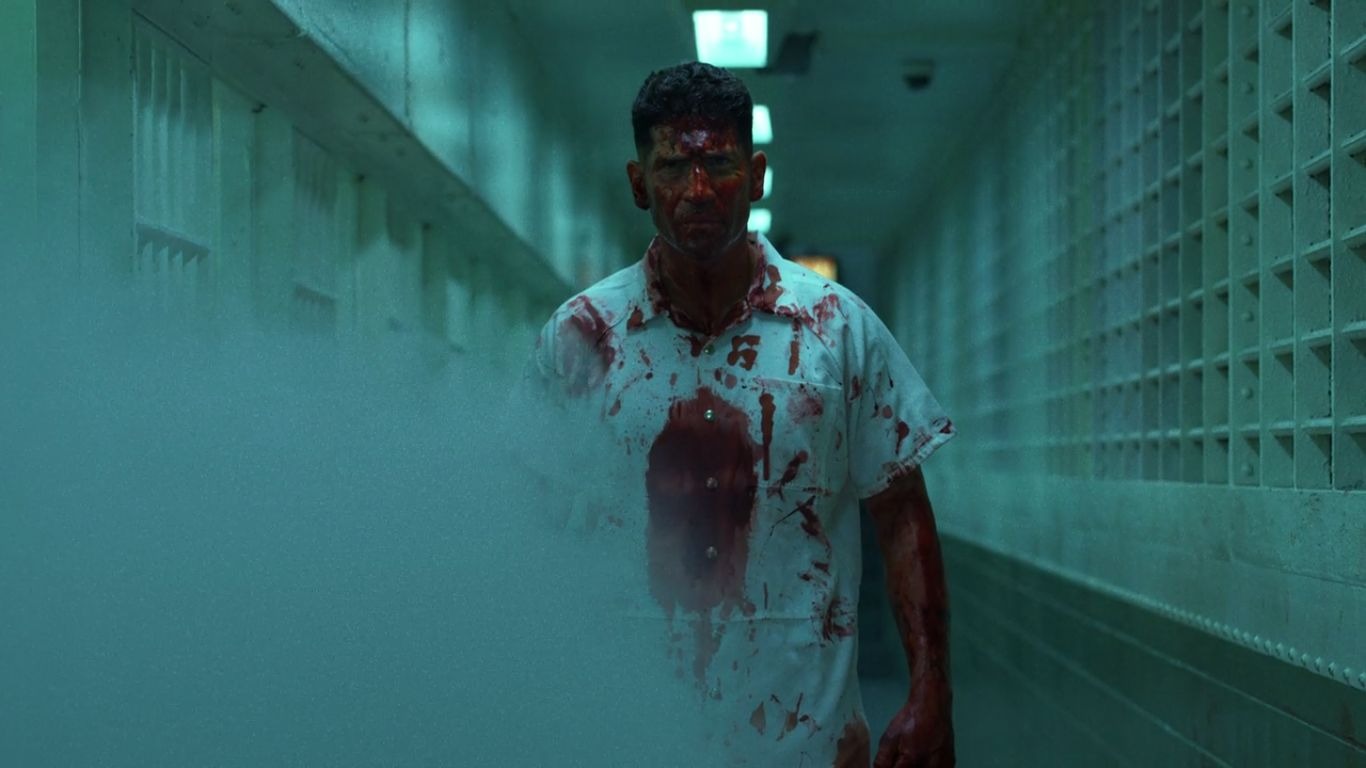 While not quite up to the levels of the first season, Daredevil delivered once again. Sure, the action is top notch and the storyline keeps you interested, but this show succeeds for one main reason. The characters are great. From Matt Murdock all the way down to Foggy’s ex girlfriend, they feel like real people. I could watch them interact and have simple conversations over a lot of the action scenes. That’s how good they are. All in all, a great season.