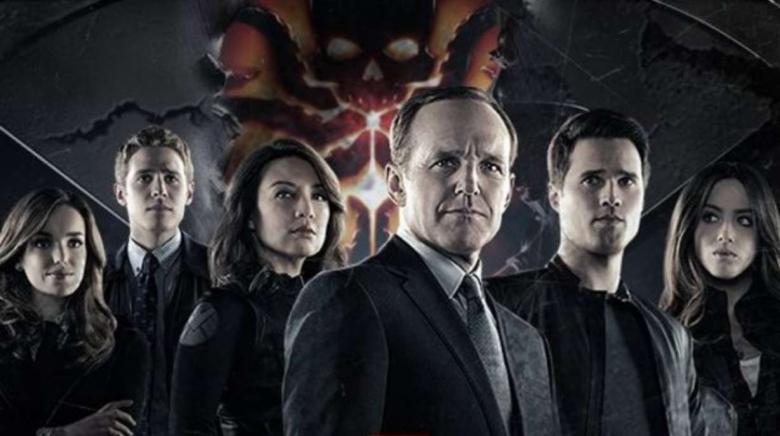 With the first Netflix official series in the rearview mirror, we returned to Agents of S.H.I.E.L.D. for some more from that group. These eight episodes built up to the next film entry into the Marvel Cinematic Universe, while also diving deeper into Skye’s background, the Inhumans, and taking some characters on some unexpected journeys.

Before we get to Skye, we’ll talk about what may have been the biggest thing to happen this season. The reveal that there is a whole different division of S.H.I.E.L.D. led by people who don’t trust Phil Coulson and everything he’s been through. Sure, Skye gaining powers is a huge deal, but this changed the dynamic of the team and split them apart. It worked in the way that it added a lot of drama, but it ended up kind of hurting some characters from a fan perspective. 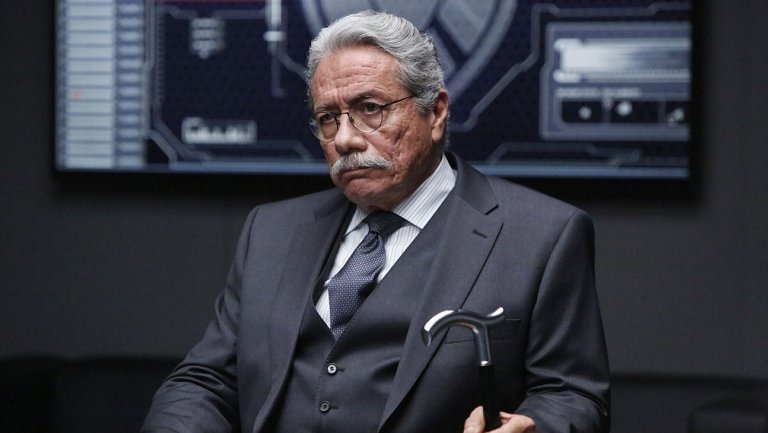 The two characters to suffer were Bobbi and Mack. We see that they’re up to something fishy and thankfully, it wasn’t dragged out too long and they weren't ultimately bad guys. They were working with the division of S.H.I.E.L.D. that doesn’t believe Coulson should be in charge. However, that put them in a position where the fans can’t get behind them anymore. Bobbi has shown signs that she’s not fully against Coulson and our usual characters, but Mack seemed to be super aggressive. It kind of came out of nowhere and made this feel like a completely different season from the first ten episodes. 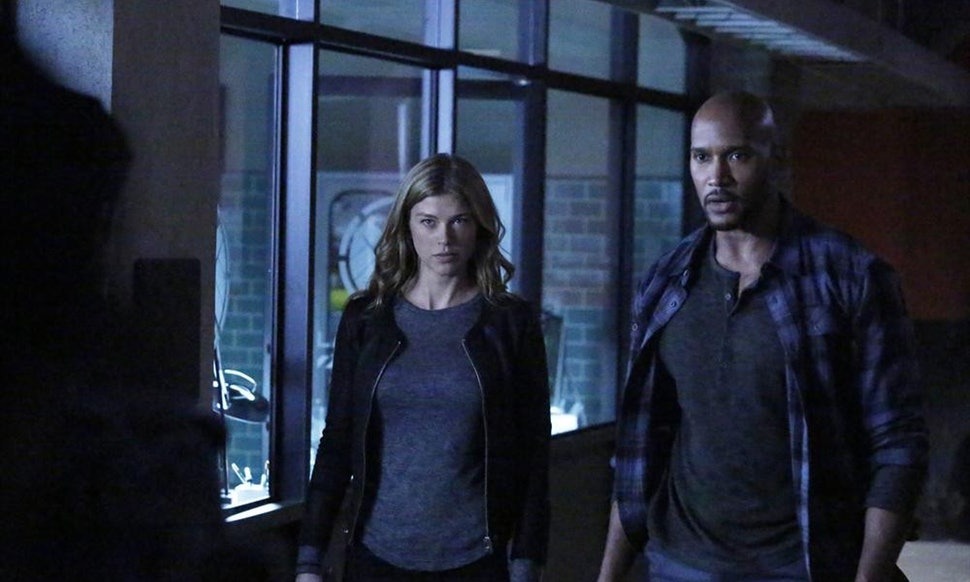 On the flip side, a few characters benefitted from this. May showed a distrust for Coulson when she learns he’s hiding things from her, but she never goes overboard. She remains loyal even if she questions him. She also got a spectacular flashback episode showing how she became to be known as the “Cavalry” and how it drastically changed her life. Meanwhile, Hunter got to work alongside Coulson, which gave them some cool scenes. His loyalty helped him become more likable with me, and I assume, the larger audience. 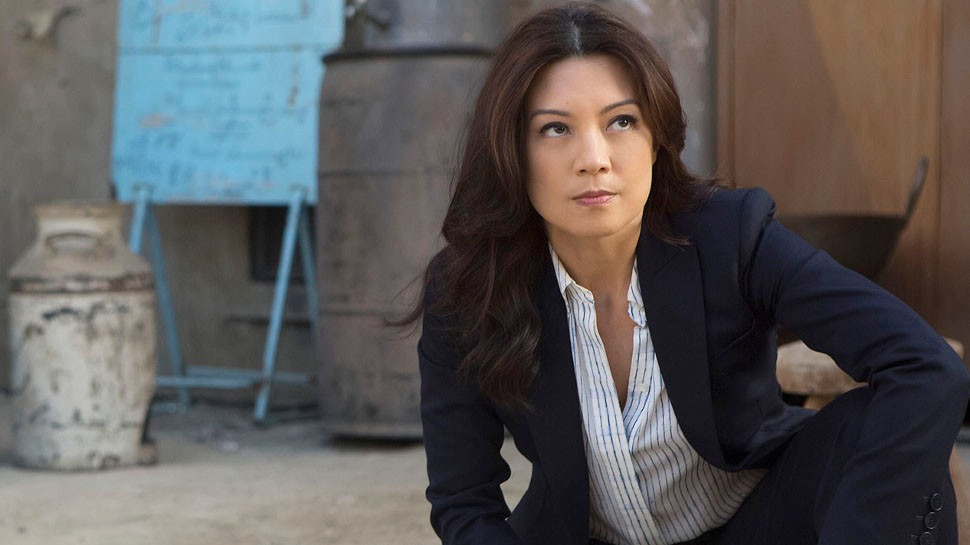 I had some major issues with Simmons in this set of episodes. There was potential early, when she noted her issues with enhanced humans. Considering Skye’s new abilities, it put them at odds and gave us compelling moments. However, she kind of went away from it before it truly got to hit home and impact the show. She also felt way inconsistent. One moment, we have a reason to like and trust her, but the next, she’s doing something that has us confused. It’s not done in a super interesting way either. It just feels off. Fitz, on the other hand, was very consistent and someone I thoroughly enjoy. He's just a nice guy who is loyal to his friends. 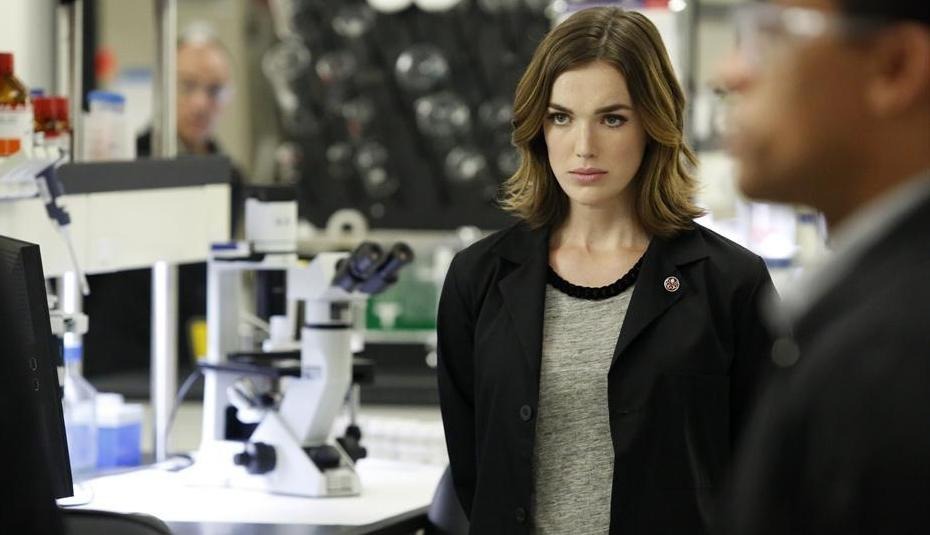 As for Skye, watching her deal with the aftermath of unlocking her abilities was great. Seeing her struggle with the damage she can cause but eventually coming to terms with how to control it and use it for good has been fun. She was taken by a new character named Gordon, who has no eyes, to a place called Afterlife. It’s for Inhumans and Skye fits in there. While it was nice to see Cal return, it was a big surprise to find that the leader of Afterlife, Jiaying, is Skye’s mother. She doesn’t grow old, so it was hard to see coming considering they look close in age. Having someone so powerful as a parent makes good on all the potential of the Skye storyline in the early episodes. Afterlife also happens to be an intriguing place and I’m looking forward to finding out more about it. 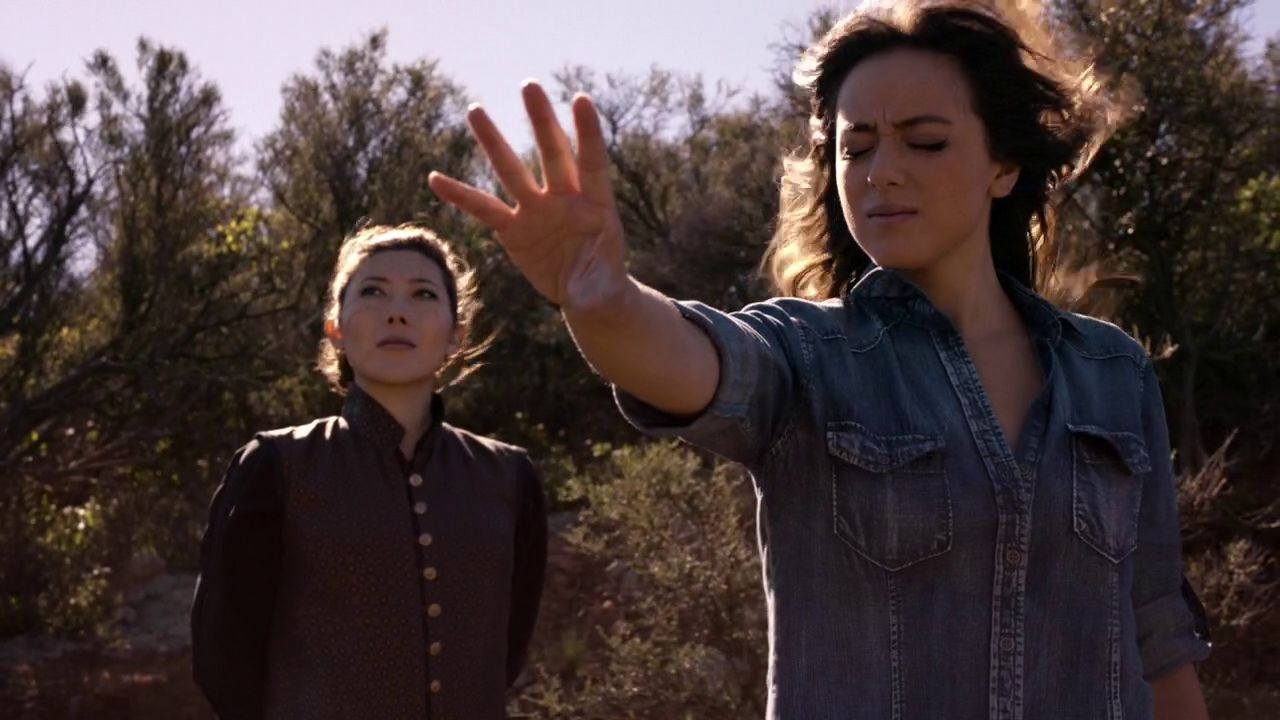 As noted, Cal was in these episodes, but there were two other characters who got some shine during returns. First, there was Grant Ward. Coulson being so desperate that he turns to him gave us the moment of the original team working together. It made for some interesting character moments. Like Skye, Raina also suffered the effects of what happened in Puerto Rico. Her physical appearance changed and she doesn’t want to live anymore, but she also now has premonitions. It was cool to see Deathlok brought back into play. I’m glad he’s not just out there with no explanation. 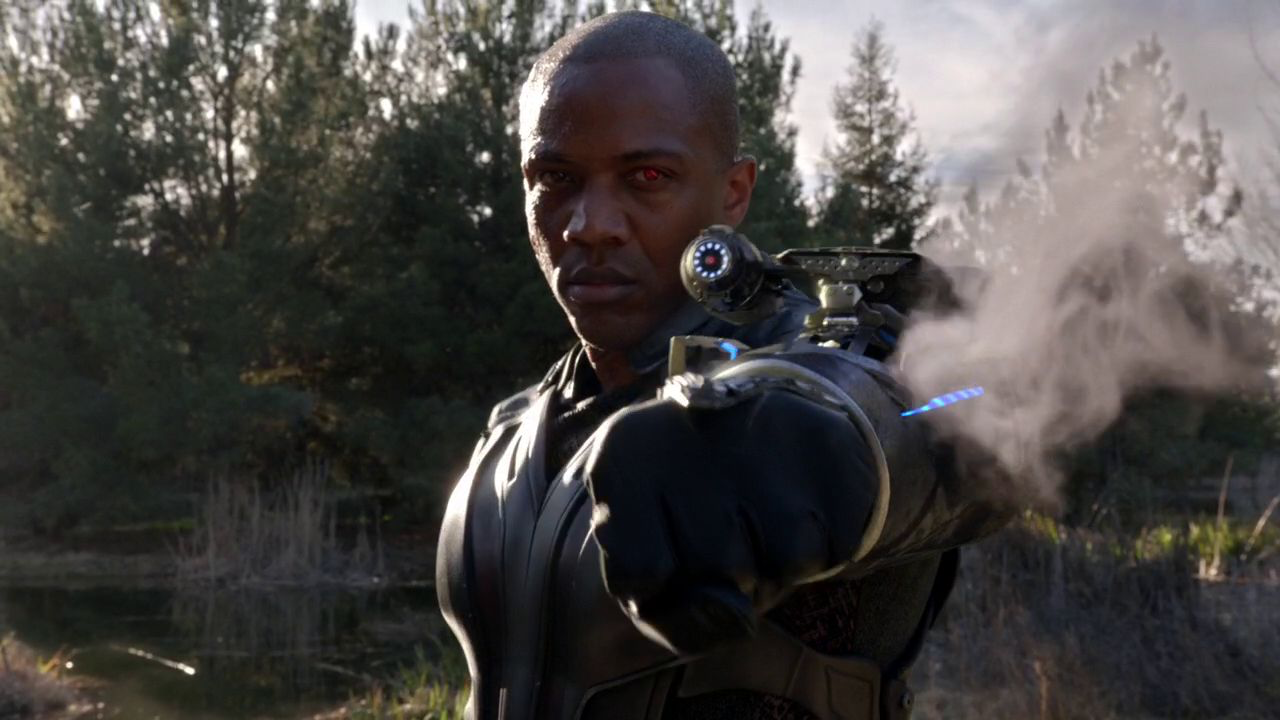 The special effects this season feel like a step up from the first go around. With more powers coming into play, things need to look good. Gordon’s lack of eyes looks really well done, as are the makeup and effects for Raina. Each time Skye uses her powers, it comes across well. Gordon also does a lot of teleporting and that could completely look cheesy, yet it always looks surprisingly natural. Kudos to the team that handles that department. 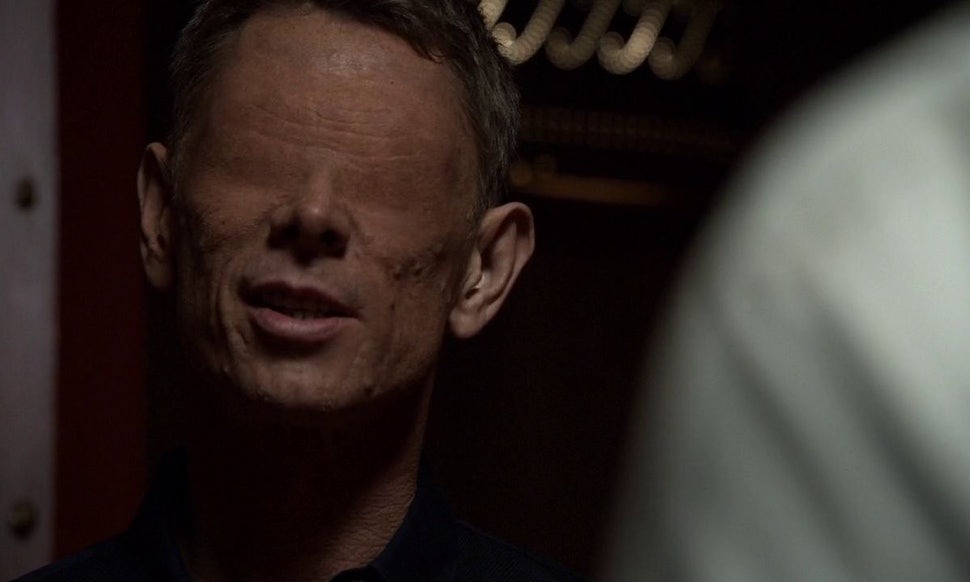 We got some subtle MCU connections and some that weren’t so subtle. Little nods like Coulson holing up in a cabin that was built to withstand the Hulk was cool. The Inhumans being brought into play remains an interesting idea. I dug the return of Jaimie Alexander as Lady Sif, because it led to another fun episode. The biggest connection came at the end of episode 19, when Raina’s vision showed a preview of the next movie. Her line about men made of metal is obviously aimed at the upcoming army led by Ultron. Coulson brings in the Avengers because they found the location of Loki’s scepter from the first film. It’s exactly how the next one begins. However, this does feel forced into the plot rather than organic like the events of Captain America: The Winter Soldier last season. 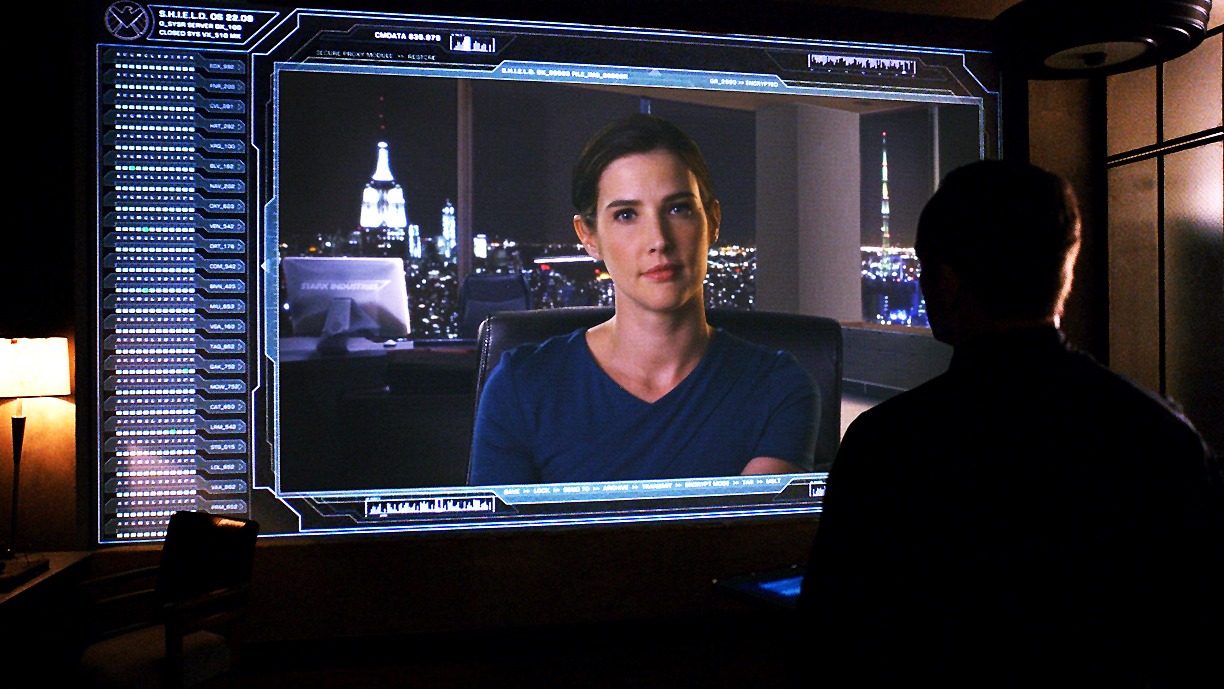 I’d say this bunch of episodes had a few too many inconsistencies to continue the upward trend the show was on. It wasn’t bad at all, with plenty of action, intrigue, and some quality character moments to make it a fun watch.