If Guardians of the Galaxy showed that the Marvel Cinematic Universe could find box office success with heroes who aren’t considered “A-List,” then Ant-Man solidified it. While it didn’t reach the level of the awesome intergalactic team, this Paul Rudd led vehicle took a character that wasn’t exactly popular and managed to gross an impressive $519.3 million. And more importantly, it was actually a very good movie.

The biggest reason why this movie worked so well is because it is flat out fun. At no point while watching it do you feel like it has gone on too long. There are enjoyable gags, a likable cast, and a very good blend of comedy and action. It also helps that the film is mostly lighthearted. Following the heavy tone of Avengers: Age of Ultron and how the world was basically at risk there, it’s nice to have a movie where the stakes are a bit lower. If our hero doesn’t succeed here, it can be very problematic for the world, but it doesn’t feel that way, which is a good thing. It’s not something this movie needed. 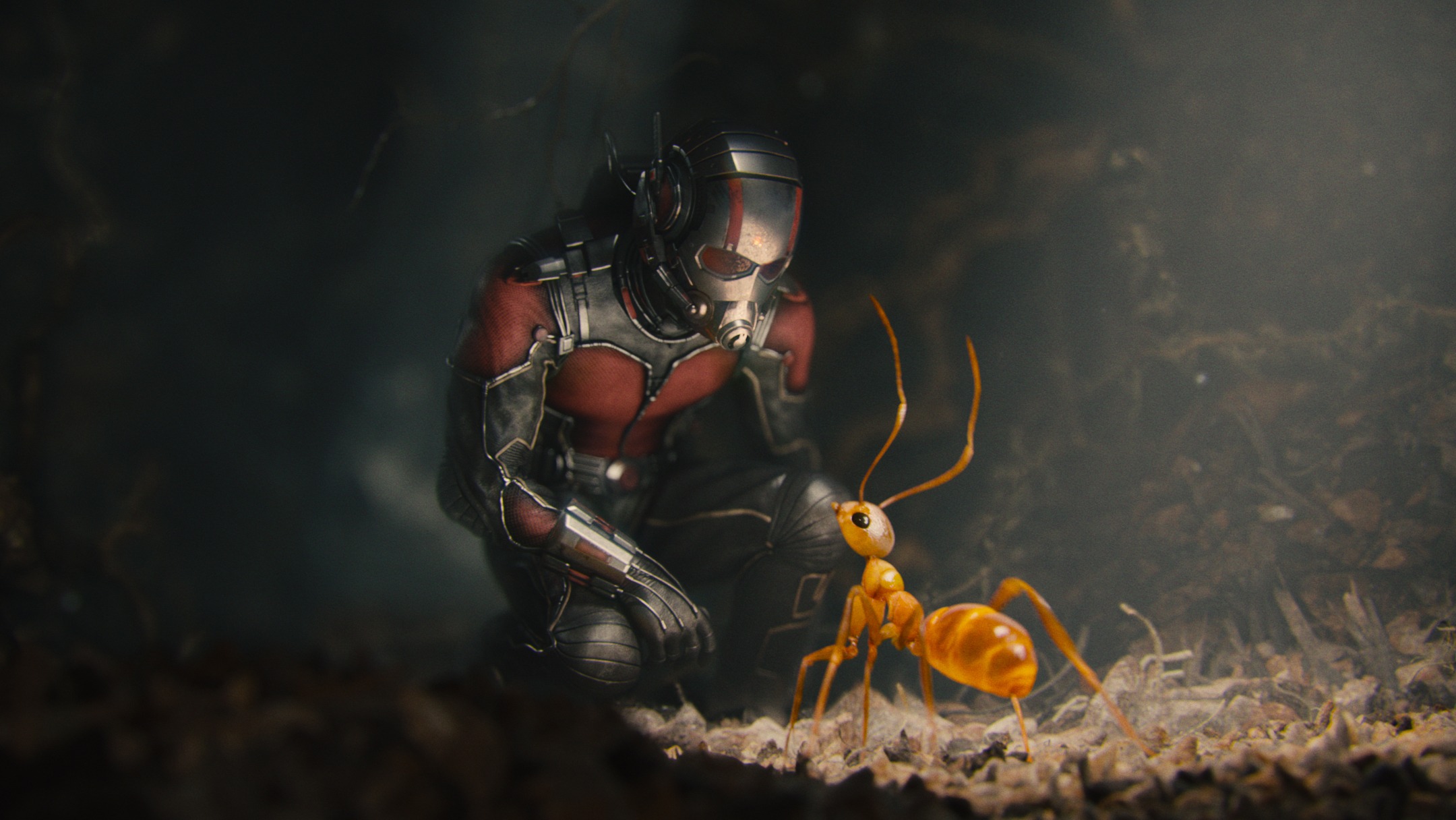 Of course, one of the most enjoyable aspects was Paul Rudd. He was a phenomenal choice for the lead. As a superhero that is meant to be charming and kind of light, he’s perfect. Rudd is delightful in every scene. He makes us want to root for Scott Lang from beginning to end. There’s an endearing chemistry with the rest of the cast, from Evangeline Lilly to Michael Douglas and everyone in between. Rudd may not be your traditional pick to put at the helm of a superhero movie but this worked incredibly well. 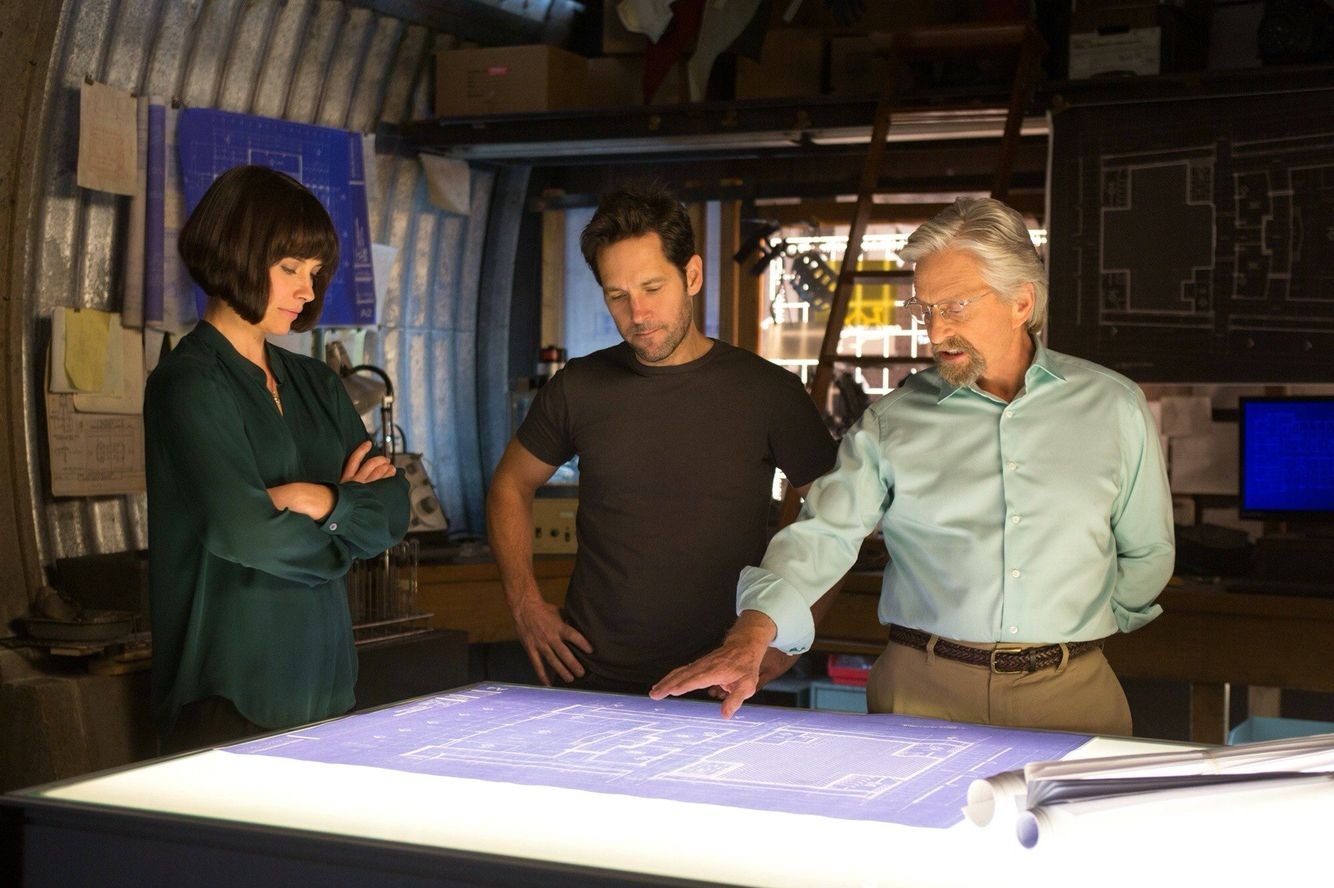 Something that kind of hangs over the head of this movie is Edgar Wright. The very talented director and writer is known for such work as Baby Driver, Scott Pilgrim vs. The World, and Shaun of the Dead. He was set to direct this and even co-wrote the screenplay. Wright eventually left due to creative differences saying he was excited to make a Marvel film, but they were never interested in making an Edgar Wright film. Either way, you can see his fingerprints on plenty of things and that’s the best stuff in the movie. Nothing against Peyton Reed, but he’s no Wright. 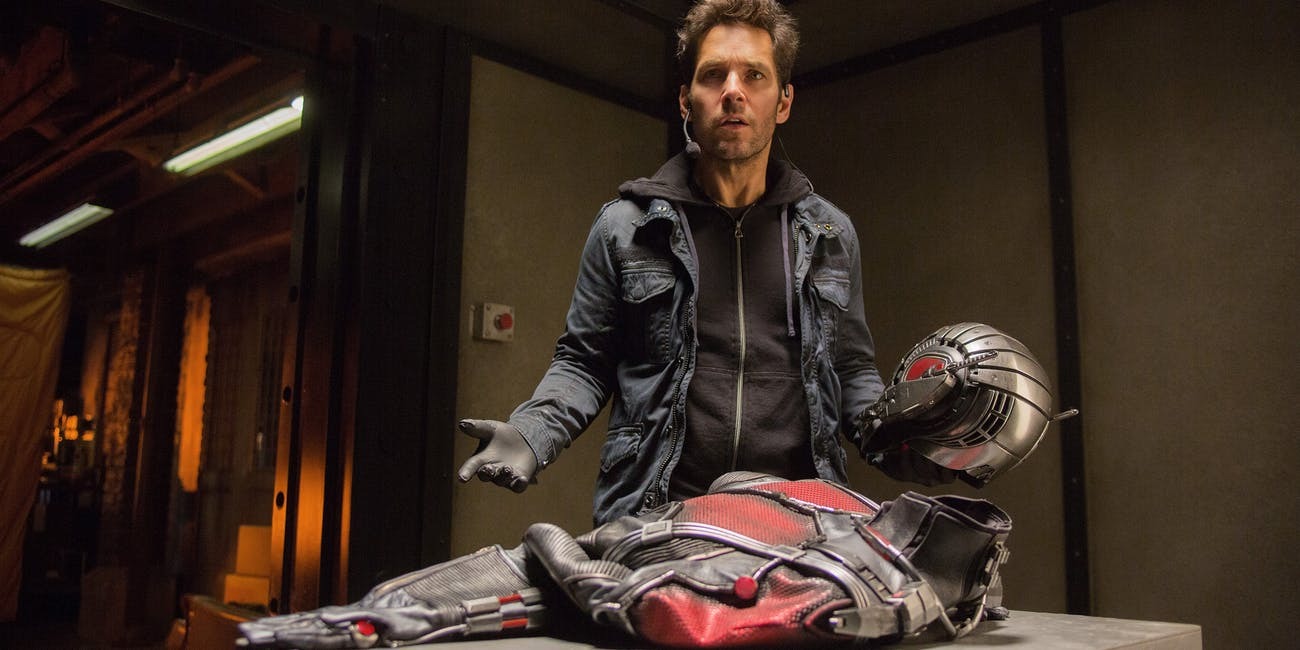 The supporting cast was something of a mixed bag. Douglas and Lilly were pivotal characters, so I’m talking the rest of the gang. Michael Pena is a scene stealer as Luis. His recaps gave us two of the best moments of the film and there’s just a sense of enjoyment anytime he does anything. T.I. (Dave) is just not very good and David Dastmaichian (Kurt) has a terrible Russian accent throughout. Judy Greer (Maggie) and Bobby Cannavale (Paxton) were okay, while Abby Ryder Fortson (Cassie) is adorable as Scott’s daughter. 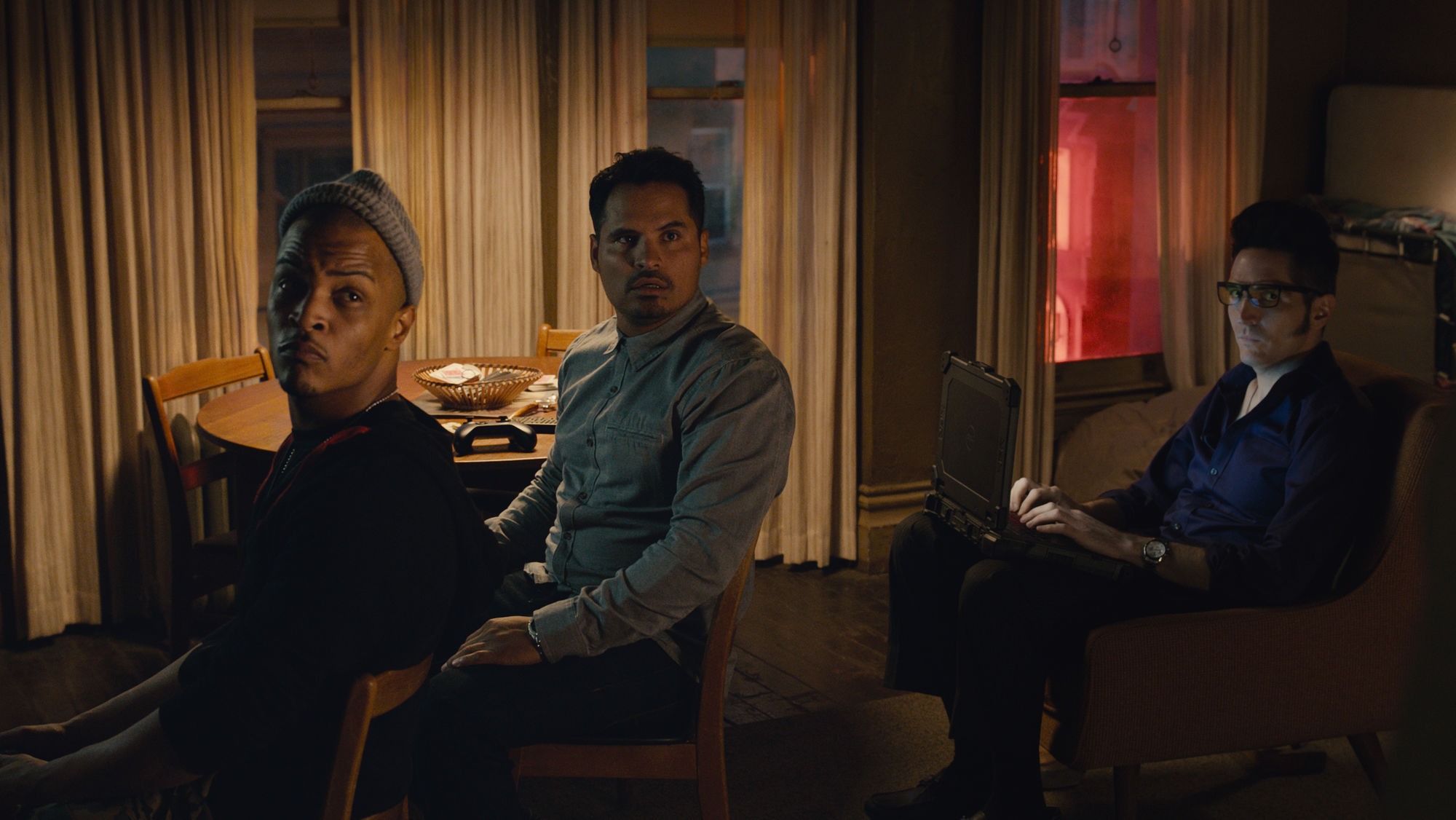 That brings us to the villain. After seeing him in House of Cards, I was looking forward to Corey Stoll as Darren Cross. And to be honest, he does fine in the role. The problem is that the character is written to be overly evil for no reason. There’s this scene where he kills innocent sheep as part of his experiment and he just doesn’t care. That would be fine for a villain if that was just who he is. But, they tried explaining it away with some flimsy stuff about the particles messing with his brain. It felt like a cheap cop out and one that is only mentioned in passing, so it misses the mark. 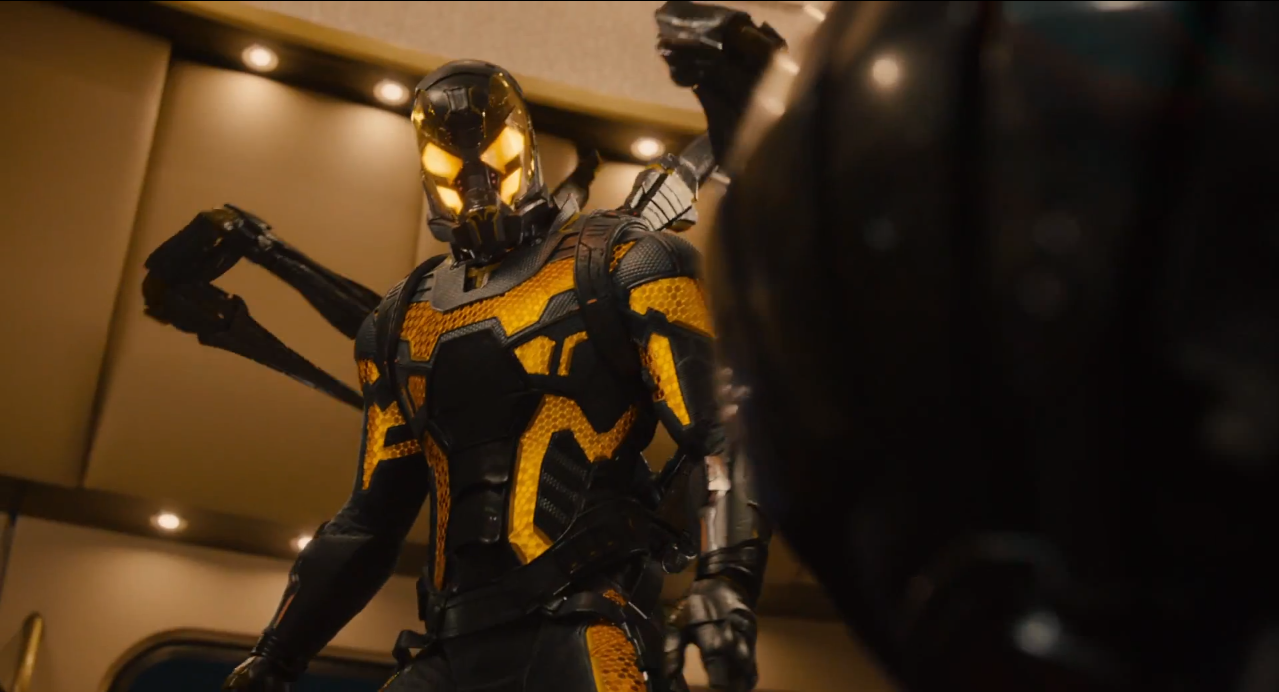 Along with the characters who clicked, the best things about this movie were the visual effects. Everything looked really cool and the filmmakers were incredibly inventive and creative when utilizing Ant-Man’s powers. When he shrinks, the world around him looks fantastic and we get a real sense for how powerful he is just by the little things. For example, as he hits the floor in a scene while small, it cracks even though he’s tiny. I also dug the montage where Scott learns how to be Ant-Man. We need more training montages in movies. The briefcase fight scene works as a fun tease for the awesome toy train battle. Seriously, there’s not much in the MCU that can rival that scene for pure joy and entertainment. You can’t beat big time action on a small scale with a “messed up looking dog” and a giant Thomas the Train. 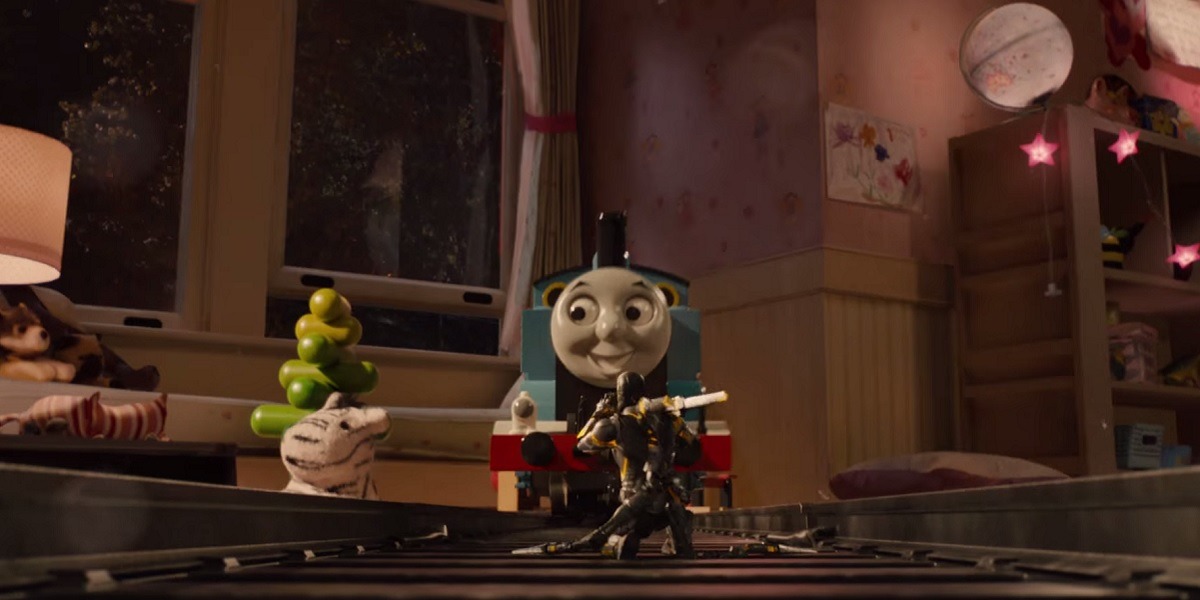 As usual, I’ll wrap this one up by talking about the MCU connections, as there were several key ones. First, we got the appearance of Falcon. This was a blast. He was the right level of Marvel hero to appear without overshadowing Ant-Man. Their little fight was entertaining and it set up a logical reason for Ant-Man to appear in Captain America: Civil War. A major connection also came right at the start of the movie. We saw a young Hank Pym interacting with Howard Stark and Peggy Carter. It’s always a welcome sight when Peggy is around. There were a handful of Avengers related mentions, the mention of Janet Van Dyne still being alive, and the introduction of the quantum realm, which seems like it will play a major factor going forward. 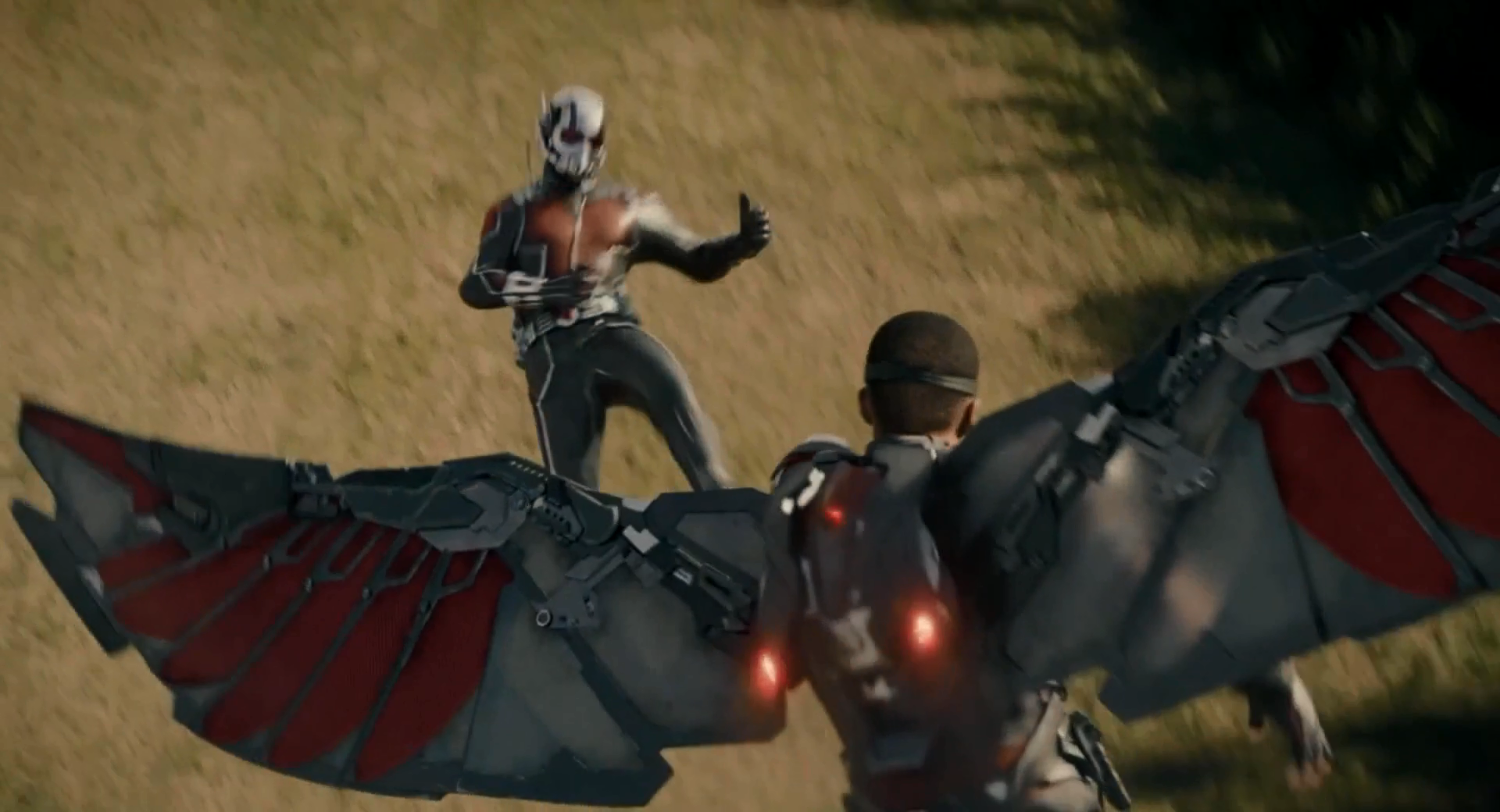 Overall, Ant-Man was simply fun. And that’s all I wanted it to be. It was lighthearted and did a fine job introducing a pivotal new character into the MCU. It could’ve used a better villain and some stronger supporting characters, but most of this works.