This is where the Marvel Cinematic Universe took a big risk and completely changed for the better. For the most part, other than an alien invasion in The Avengers and some trips to Asgard, the MCU has been grounded in reality and stayed on Earth. Here, we took our first true trip to the cosmos and things got weird. The fact that this movie was a success, grossing $773.3 million at the box office (more than the $714.3 million Captain America: The Winter Soldier grossed), allowed the MCU to take more risks.

It all begins with how this movie is introduced. True, there’s an emotional scene at the very beginning, but that’s a flashback. Once we get to the present, we’re introduced to Peter Quill. He doesn’t make his first appearance doing something heroic. He raids a cave for personal gain and does so while listening to retro music and completely goofing off. That establishes who Quill is as a person and that this movie doesn’t take itself too seriously. Following the heavy events surrounding the Hydra infiltration, something like this was needed in the MCU.

Right from that scene, you can tell that Quill is somewhat of a likable guy. That’s a trend throughout this movie. Each of the main characters gives you a reason to like them. Quill is quirky, Gamora is a fierce warrior, Drax is funny and fighting to avenge his family, while Groot is flat out lovable. The real kicker is Rocket. He’s a jerk at every turn, yet we see instances that make him sympathetic. Whether it’s something as small as his scars from experiments or his drunken rant about the way he’s treated, we ultimately feel for him. Things are only helped by the great performances from every actor. 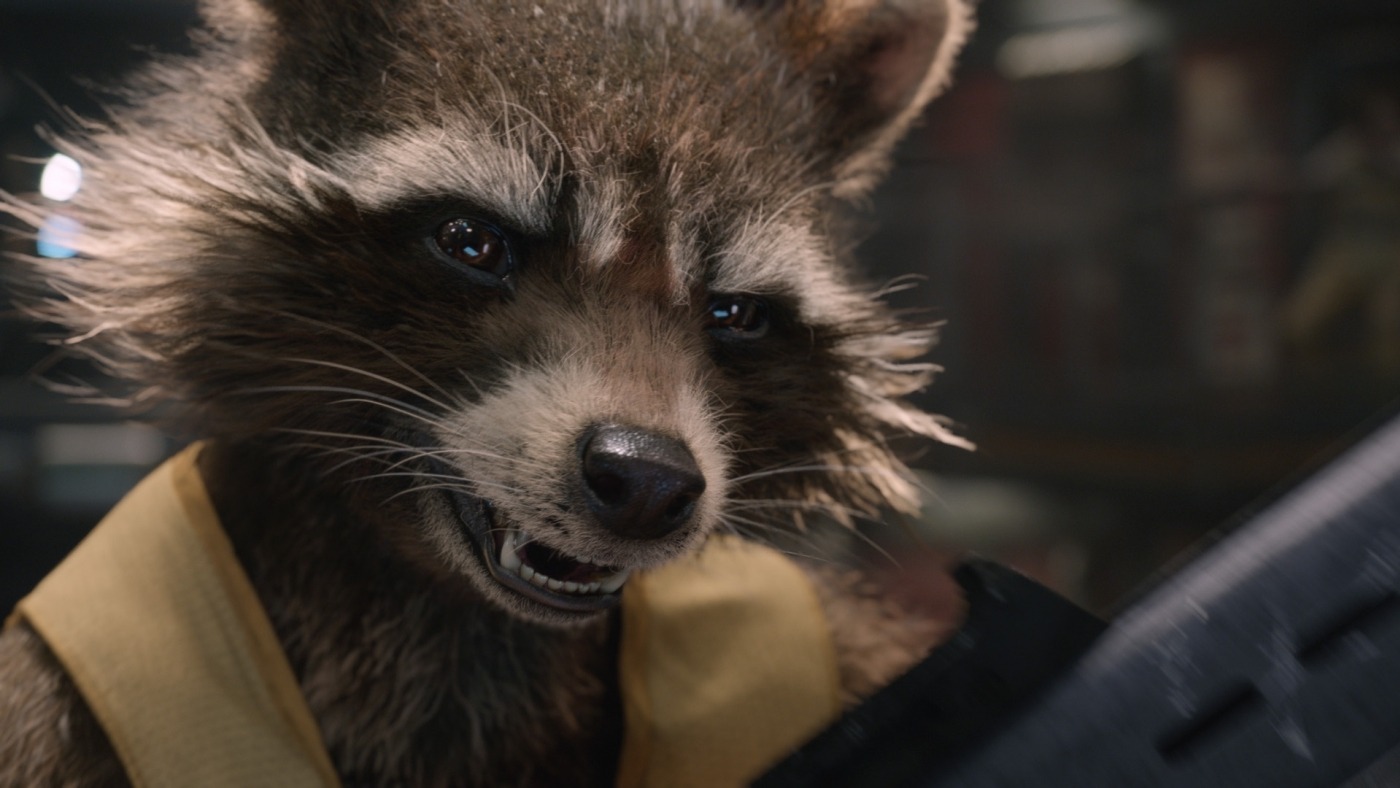 One character who doesn’t work is Ronan. I’ve explained that I wanted to dive into the villains of the MCU and Ronan is a problematic one. Lee Pace is serviceable in the role. He’s not the issue, though. Ronan is just such an uninteresting, generic, and ultimately unthreatening antagonist. Considering how each of the heroes is such a fleshed out character, it’s a shame that he’s so dull. Even Nebula is a more interesting villain and she’s just the side antagonist for now. There was potential with Ronan and more time should’ve been spent establishing his motives and making him memorable. Instead, he’s kind of just there. 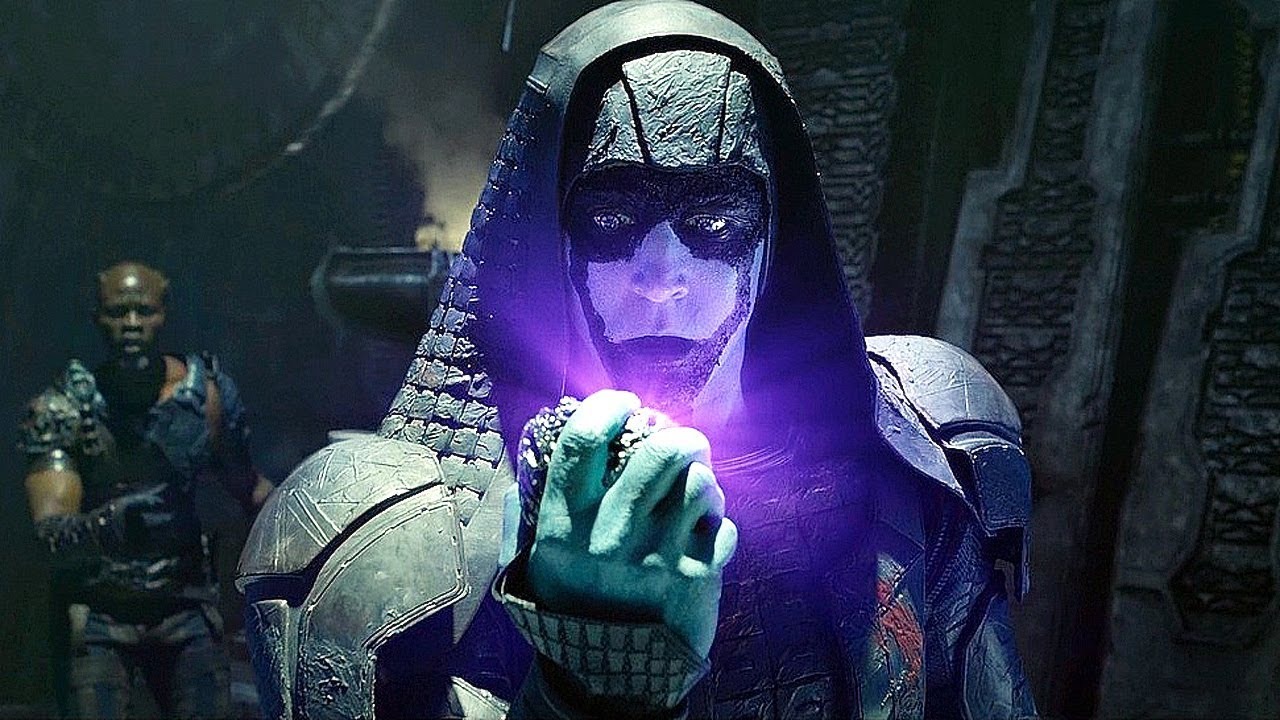 As noted earlier, the tone of this film is that of something wacky and fun. It works perfectly for these characters. Could you imagine how these characters would be in a more grounded, serious tone? It just wouldn’t click as well. There are so many jokes throughout and they almost all hit, which is really difficult to do. From the physical comedy to the straight up jokes to the way the film plays out, it’s all funny. The prison break scene is one of the best in the entire MCU and we get a great moment of hilarity where we quietly see Quill negotiating to take someone’s prosthetic leg. It’s simple, yet very effective. 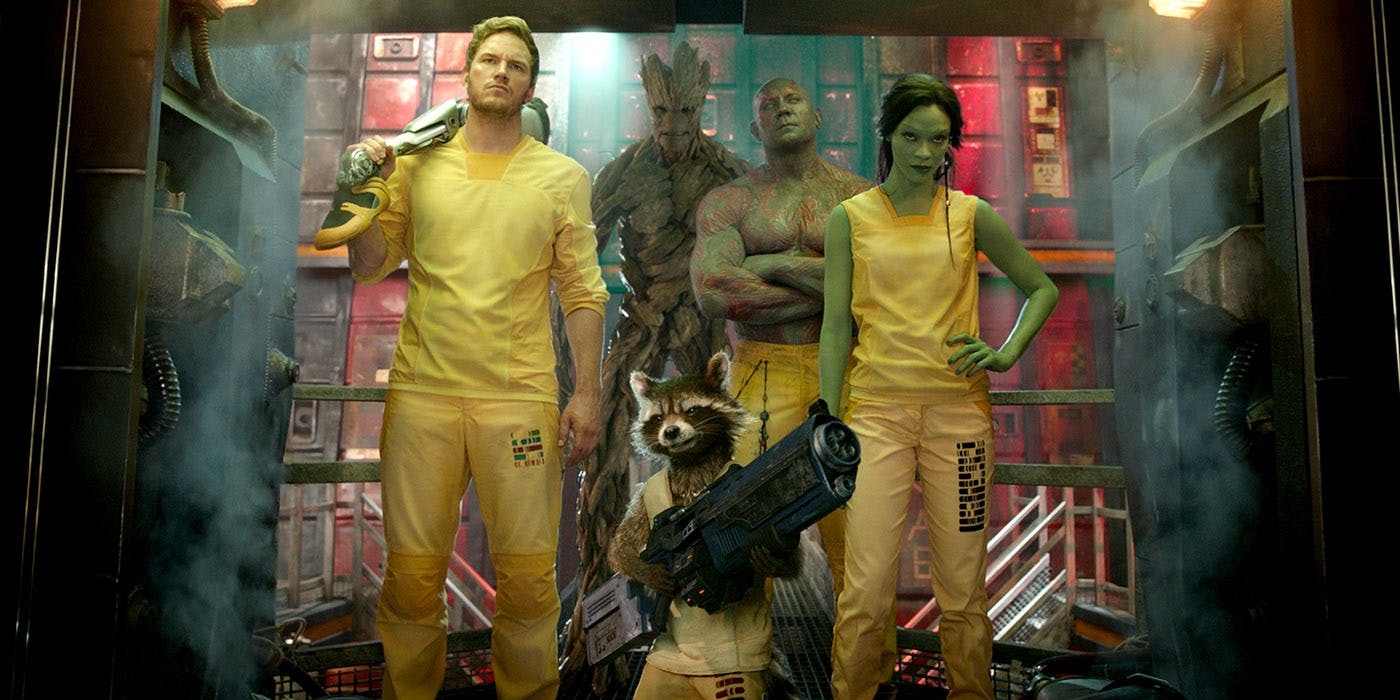 That’s not to say that the film is all jokes and giggles. What makes Guardians of the Galaxy so special is that it nails the emotional beats. I think part of why it hits is because of the lighter, funny tone. We have a blast laughing, so we don’t expect when the emotion hits. Quill seeing his mother reach out to him during the final battle. Groot’s incredibly tear-jerking “We are Groot” as he sacrifices himself. The team holding hands to defeat the villain. Rocket’s drunken speech. It gets overlooked because of the fun and action, but this is one of the most emotional films in the MCU. 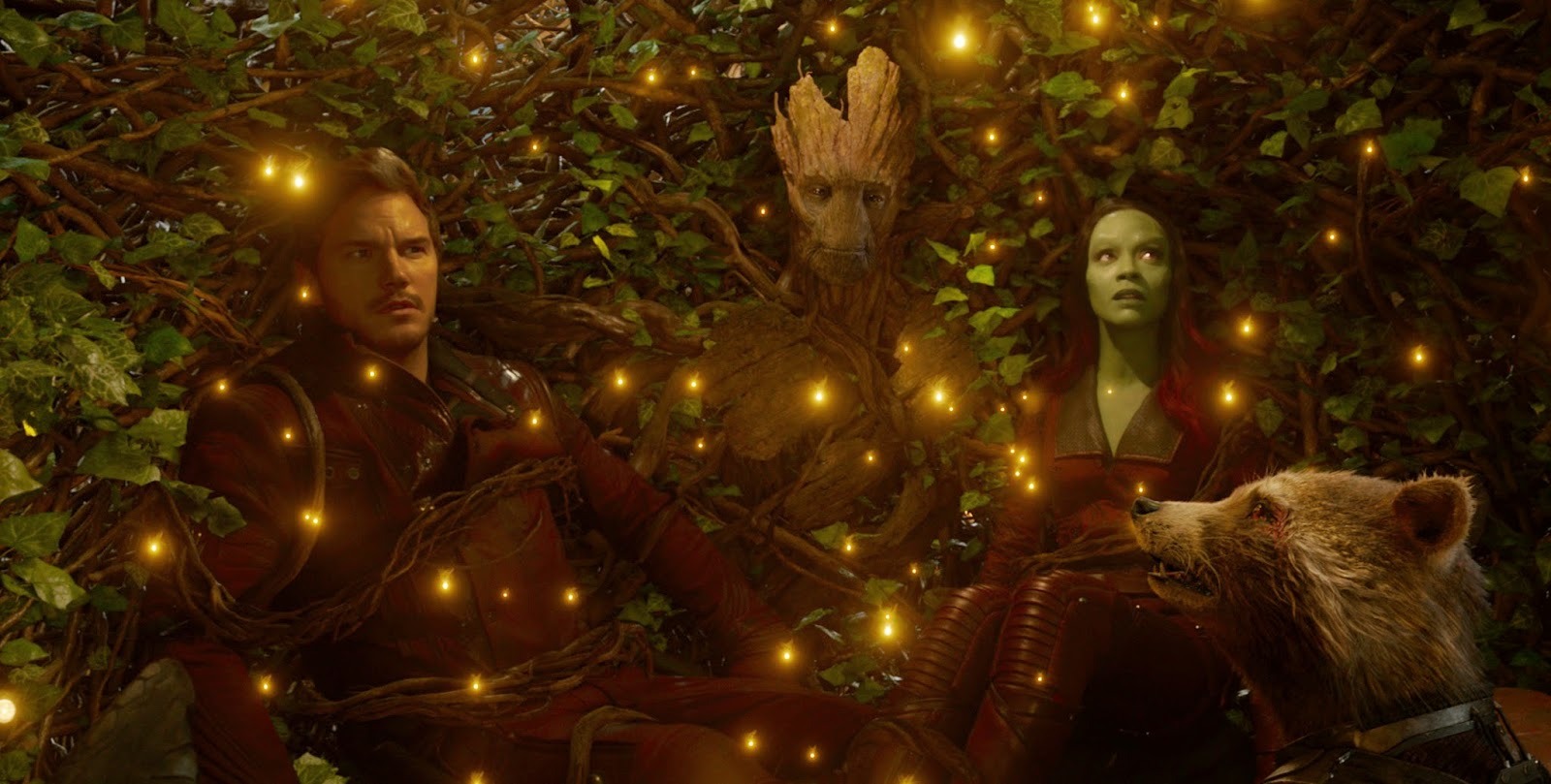 Visually, this is a vibrant adventure. The entire movie is colorful, bright, and looks like something unlike the rest of the MCU to this point. That’s a great thing. One of the complaints I’ve heard about the MCU in the past is that everything kind of feels the same. For a while in Phase One, I could see that. This film changes that. We’re introduced to a lot of cool aspects in the cosmos that open things up big time for every film. It changed the game. The effects are fantastic, with about 95% of this movie looking really good. 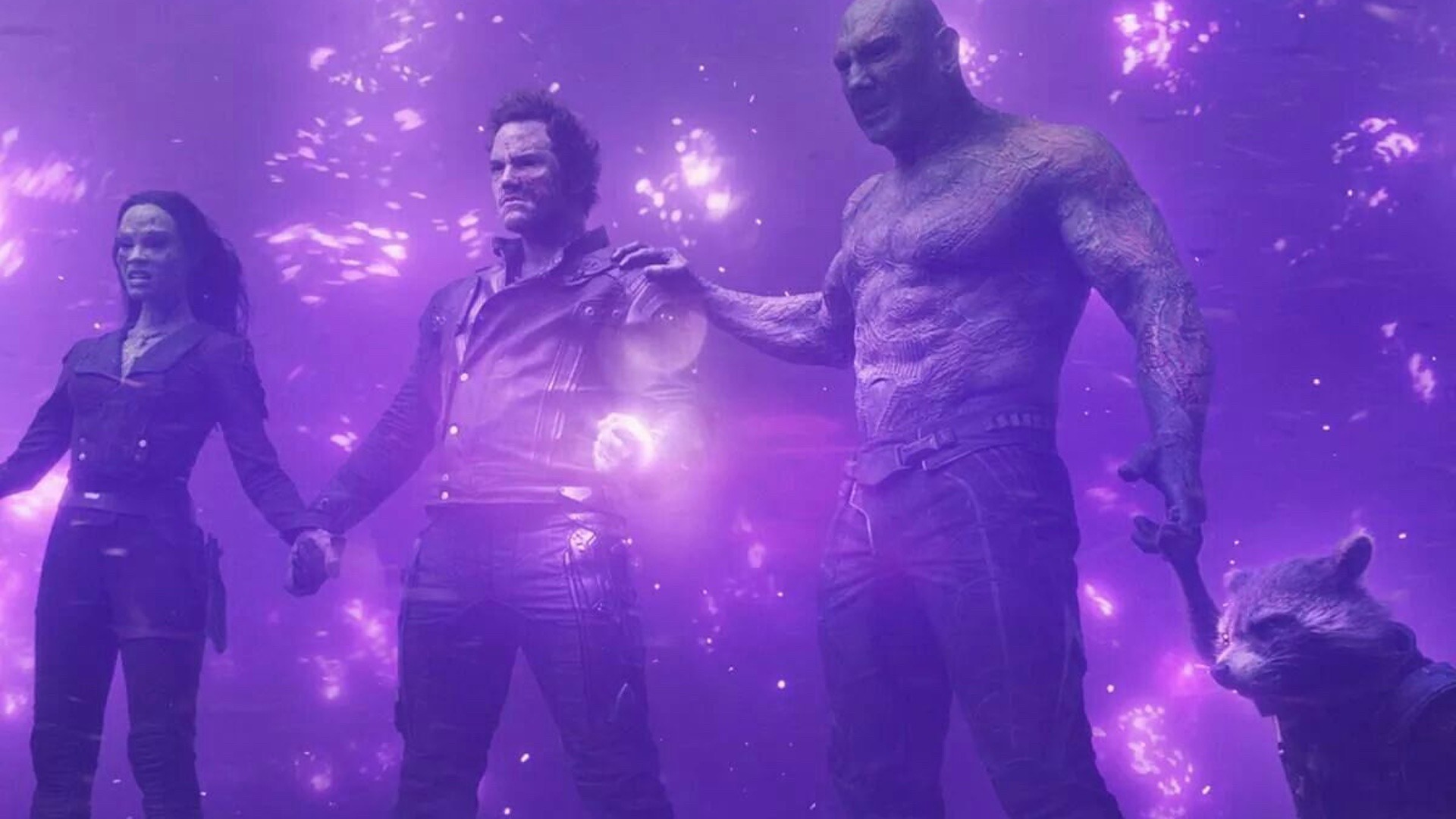 Whoever decided to take a sci-fi movie and put a retro soundtrack to it deserves some love. Each key scene is framed with a song that Peter Quill loves. Not only does it give the movie a special, unique tone, but it gets used in ways that fit what’s going on in each scene. It’s not just Quill’s love for music, either. His 80s references, like Footloose, make for a fun running joke throughout the film. It works so well because his references are out of place to the viewer and even more to the characters from space who had no clue about this Earth stuff. It’s clear that James Gunn and company understood how to do this franchise. 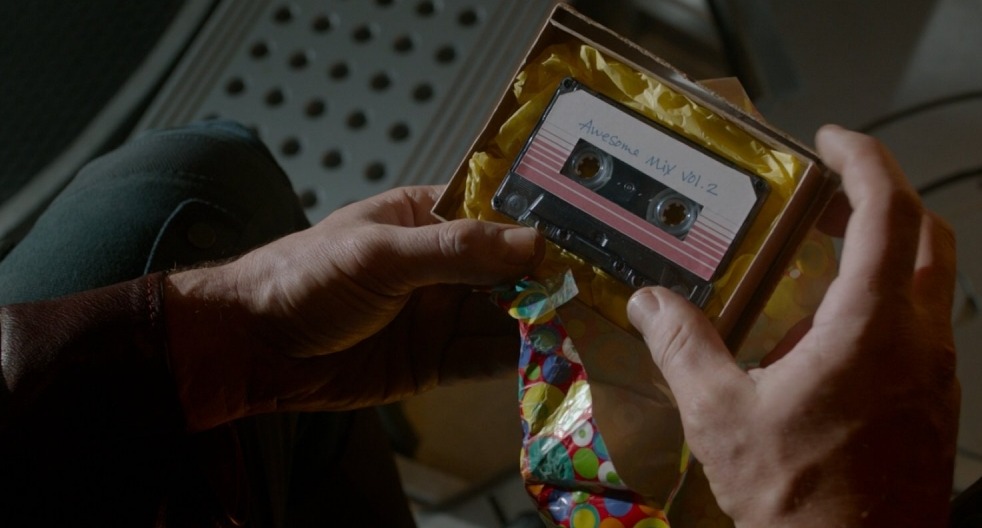 The last thing to discuss are the connections to the greater MCU. And even though this takes place lightyears from the heroes we know, it has a lot of those connections. The big one is Thanos. The MCU’s big bad had only been seen in the post-credits scene of The Avengers so far. Here, we got to see and hear Josh Brolin in the role for the first time, while establishing his relationships with Gamora and Nebula. There was also the return of The Collector, last seen in the post-credits scene to Thor: The Dark World. Benicio Del Toro was a blast again, but the important bit was the explanation of the Infinity Stones. This was when Marvel was hell bent on making sure we understood what those were. 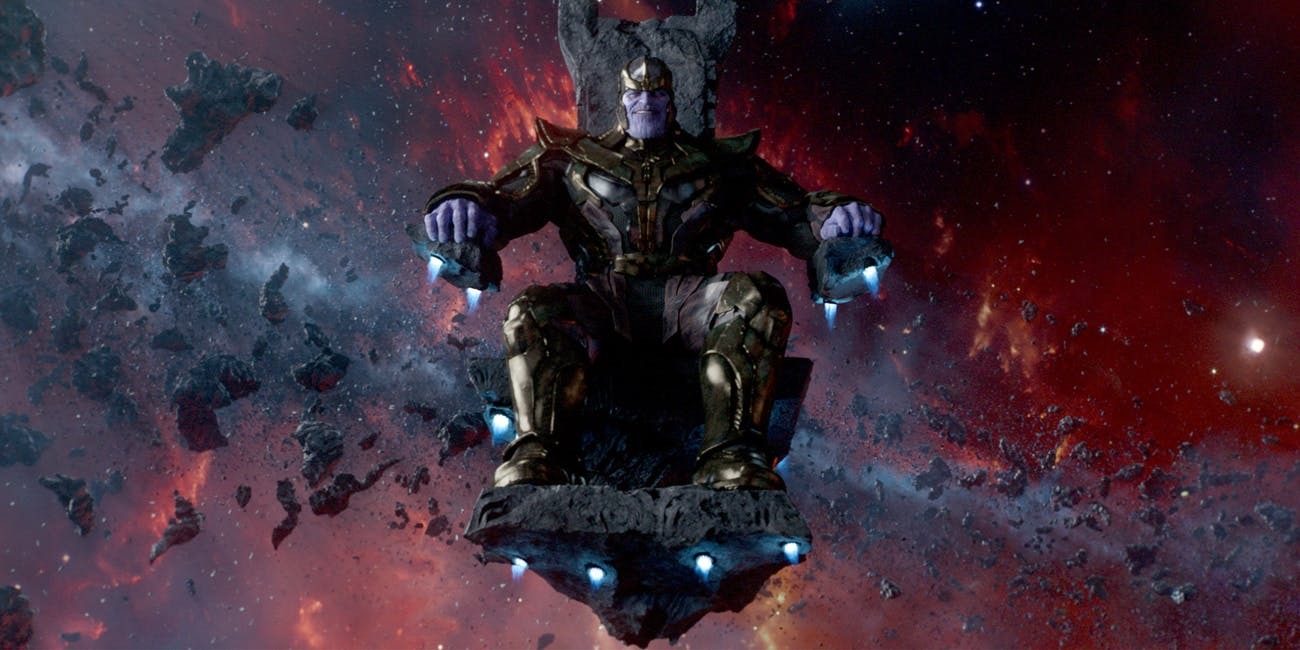 Guardians of the Galaxy had no business being the success that it was. It’s not a famous selection of comic book characters, yet it was a huge success from both a commercial and critical standpoint. It’s funny, emotional, and cool. Even almost five years later, you’d be hard pressed to find many better comic book movies than this one.