Technically, the next stop on the Marvel Cinematic Universe timeline would bring us to a YouTube video promoting the Stark Expo in 1974. However, that’s less than a minute and there’s not much to write about. Then, the next stop would be Captain Marvel, set in the 1990s, but that doesn’t hit theaters until next March. So, we fast forward from the 1940s all the way until 2008. That’s right. It’s time for the first film ever released in the MCU, Iron Man.

When word first broke that an Iron Man movie was getting made, some people scoffed and believed it was a case of Marvel scraping the bottom of the barrel for what was considered a “B-level” superhero. There was also skepticism when Jon Favreau was tagged to direct, since he only previously handled comedies or small budget films. And yet, here we are ten years later and the MCU has grown into one of the most profitable franchises in the history of entertainment. It all begins with Robert Downy Jr. 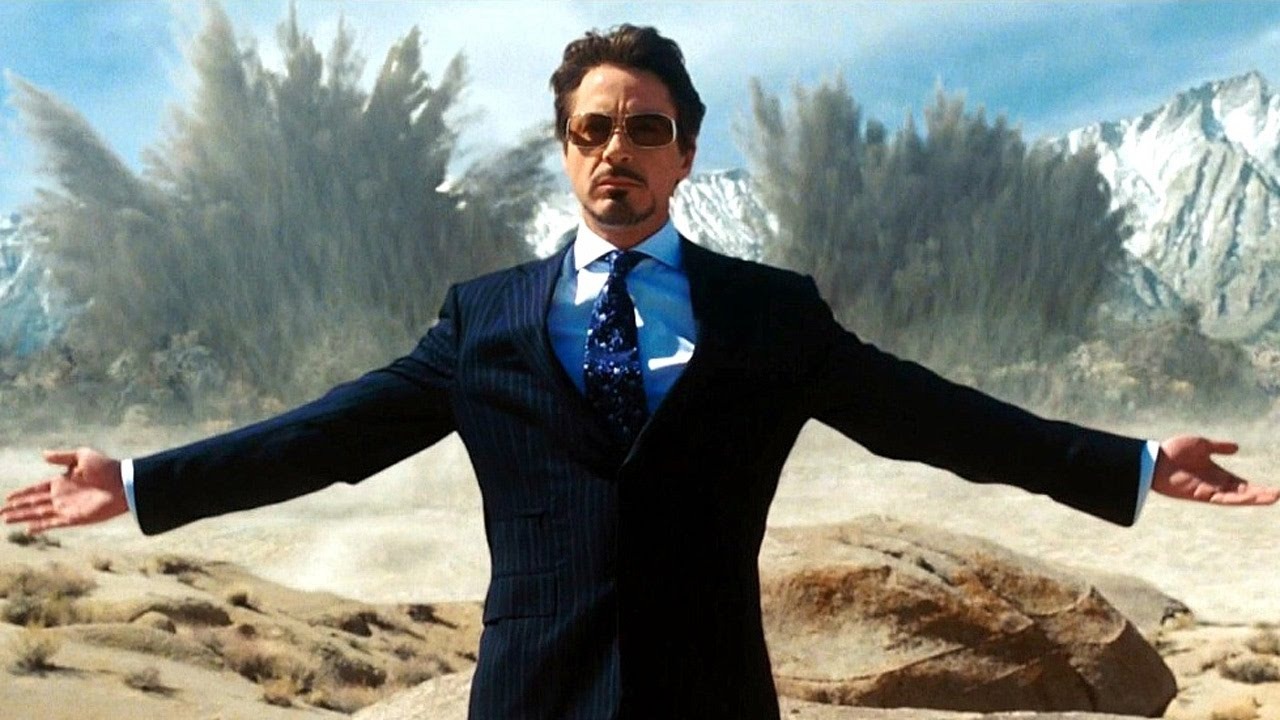 Favreau stated he wanted the story to focus on a man reinventing himself and that made Downy an ideal candidate to portray Tony Stark. Like Stark, Downy’s ups and downs in life were always in the public eye. He handled the role expertly and now, it’s difficult to imagine anyone else playing the character. He clearly has fun with it and embodied every aspect of Tony’s arc, from the early playboy stuff to a scared man realizing he needs to change to the guy worthy of being Iron Man. He also manages to have strong chemistry with Gwyneth Paltrow (Pepper Potts). The MCU isn’t always known for doing the romantic stuff well, but Pepper and Tony made it work here. It didn't go overboard into cheesy territory, they clicked easily, and it felt natural. 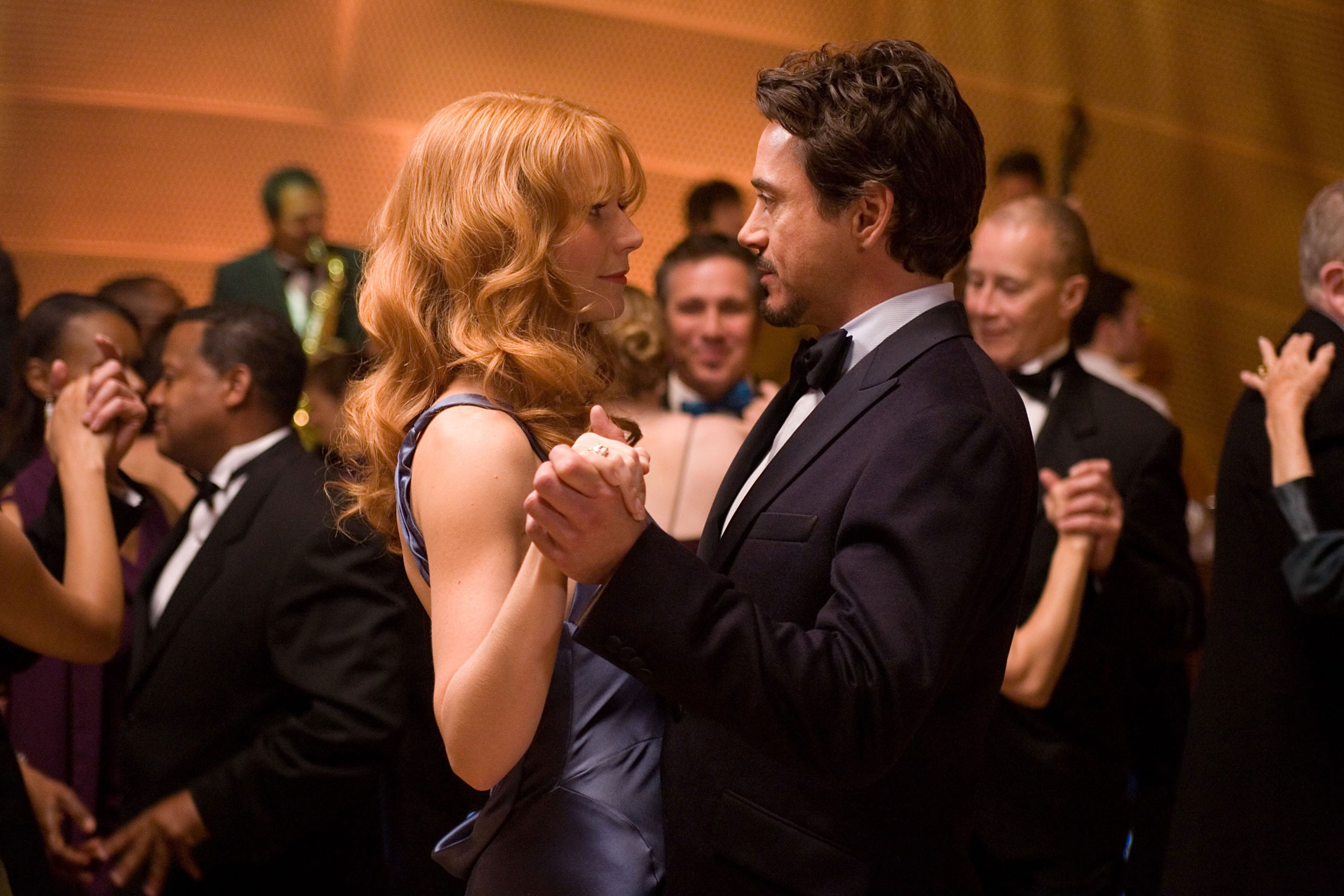 There’s something truly fun about going back and watching this movie after knowing how things eventually turn out. Tony is at a point in the MCU where things come kind of easy to him. He can access his suit with the touch of a button by now, so it’s cool to watch him learn in the beginning. He struggles to fly, gets a montage of making parts for his suit, and is generally just figuring things out. it makes it so the moment where he puts on the suit for the first time is special. It takes a long time for that scene to come, but it’s worth it. And he just saves those refugees in the most awesome way possible. The shot of Iron Man walking away after blowing up a tank is one of the coolest things in any MCU property. Ever. 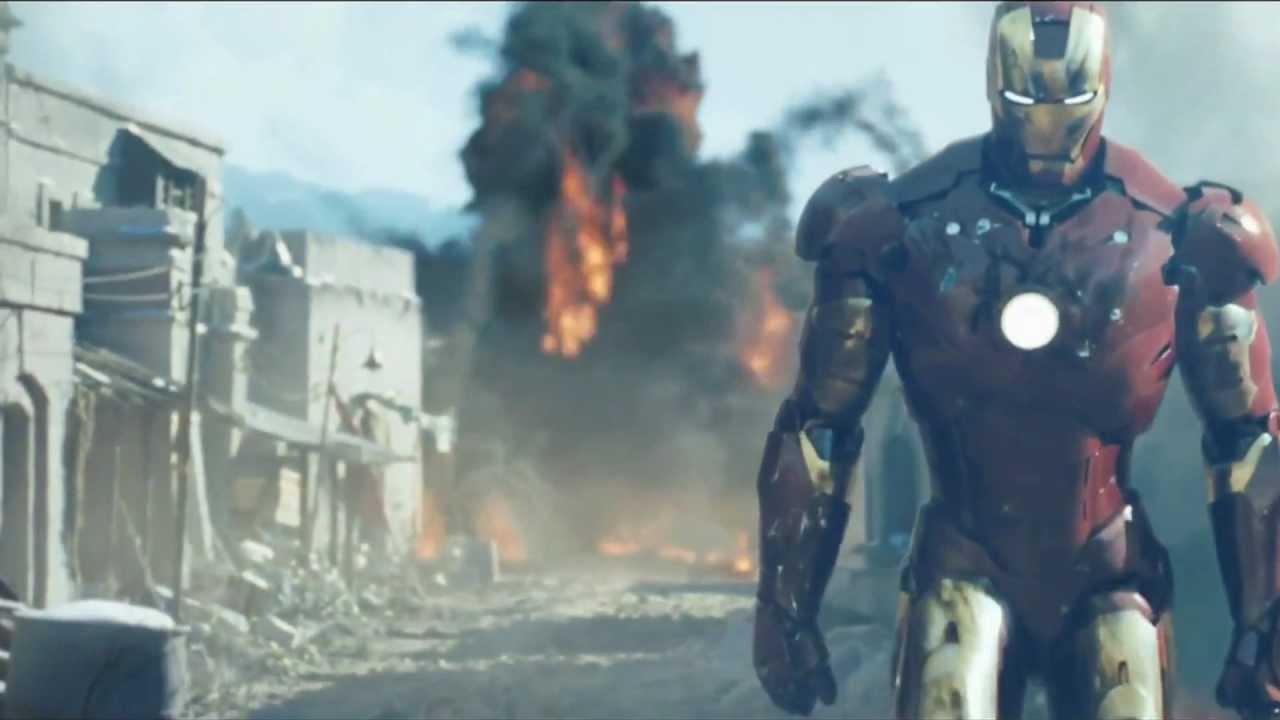 As noted, it takes a while to get into the actual Iron Man stuff. And that’s not a complaint. The first act is great. We are introduced to Tony and get a feel for how cocky he is. His world gets completely turned upside down when the attack happens. Even more than his initial panic, the shot of how his demeanor changes when he notices the Stark logo on the weapon is priceless. The fact that he remains locked up for so long allows us to rally behind him. The longer he’s in peril, the more satisfying his escape. And it lasts just long enough to not become boring. When Tony arrives back home and changes business models, it mostly completes an arc for him, even though it’s not close to the end of the movie. 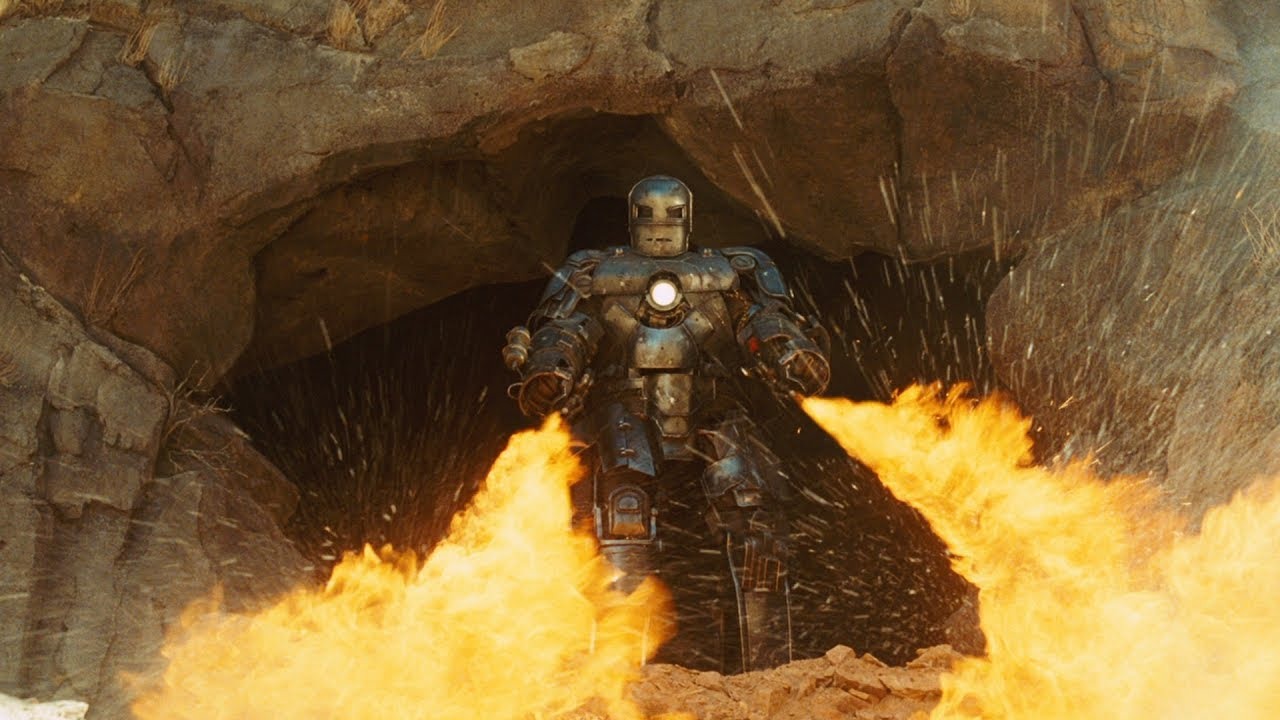 It’s only after he puts on the suit for the first time that the film slips a bit, though it has nothing to do with Tony. It’s more of a villain problem. Jeff Bridges (Obadiah Stane) is a great actor, who actually does very well with what he’s given. The character has logical motivations to start and his idea to knock Tony out of power mostly makes sense, at least from his point of view. However, when he gets his own giant suit, his motivations seem to change. He just tries to kill Pepper and Tony. It’s as if he completely forgoes the idea of running the company. At one point, he nearly kills civilians, which clearly would put him in jail and not at the head of the company. Also, for the sake of mentioning things I didn’t like about this movie, there’s Terrence Howard. He lacks any chemistry with the cast and recasting him by the next movie was a good move. 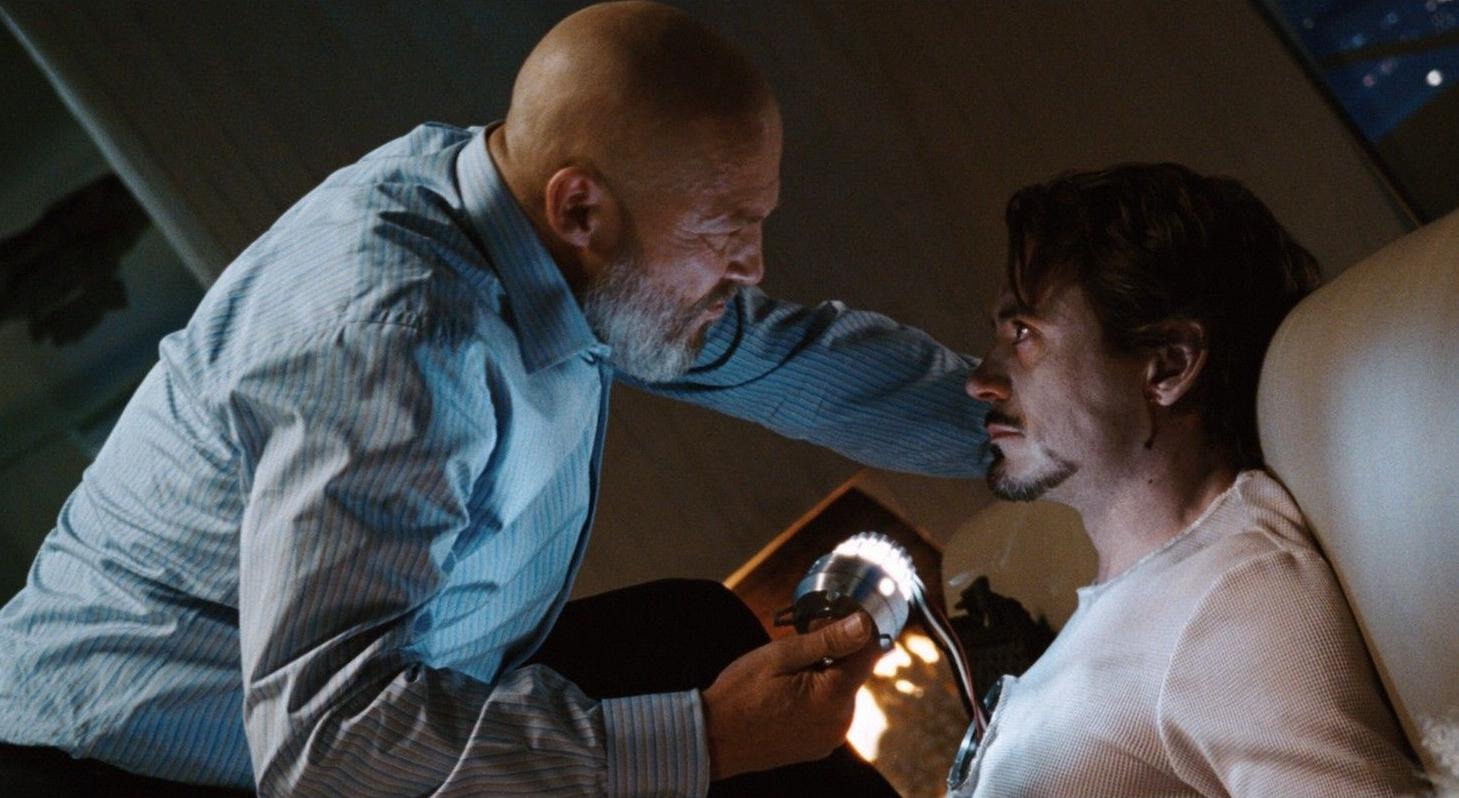 That fight between Obadiah’s robot and Iron Man is largely forgettable. It’s a trend of most Phase One movies. I’m pretty sure Cap vs. Red Skull is the best and I still had a similar issue with it. Despite this lackluster fight, the actual ending to the film ranks among the best in MCU history. The simple, “I am Iron Man,” is an emphatic enough ending, but then “Iron Man” by Black Sabbath plays. You couldn’t ask for a more perfect finish for this specific film.

Like Captain America: The First Avenger, the origin story works more than the big superhero action sequence stuff. Still, it’s a great film that remains a favorite for many MCU fans, even if things have changed a ton since it came out. It’s especially fun to go back and watch now. And of course, there's the post-credits scene where Nick Fury (Samuel L. Jackson) makes his first appearance. He utters the famous words that kick started a mega franchise. "I'm here to talk to you about the Avenger Initiative."