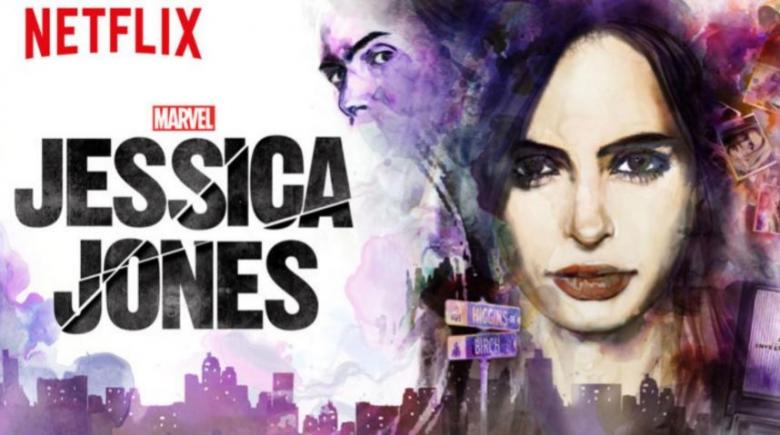 Returning to the Netflix portion of the Marvel Cinematic Universe, it’s time for Jessica Jones. The private investigator with superhuman strength got her own series on the streaming service following the success of Daredevil. Watching them so close to each other, there are actually a fair amount of similarities between them.

I feel it’s important to open by discussing Krysten Ritter’s performance as Jessica. She’s a powerhouse and not just because the character is physically strong. Ritter completely hits every mark she needs to as the lead. This is someone with a rough past, who closes herself off because of it. And yet, we still see how much she cares about a select few people. She’s sarcastic, dark, and still easy to cheer for. Jessica is a well written and consistent character, but it is Ritter who makes it all come together. It’s the best performance of her career and one of the best in any Marvel property to date. She’s that good. 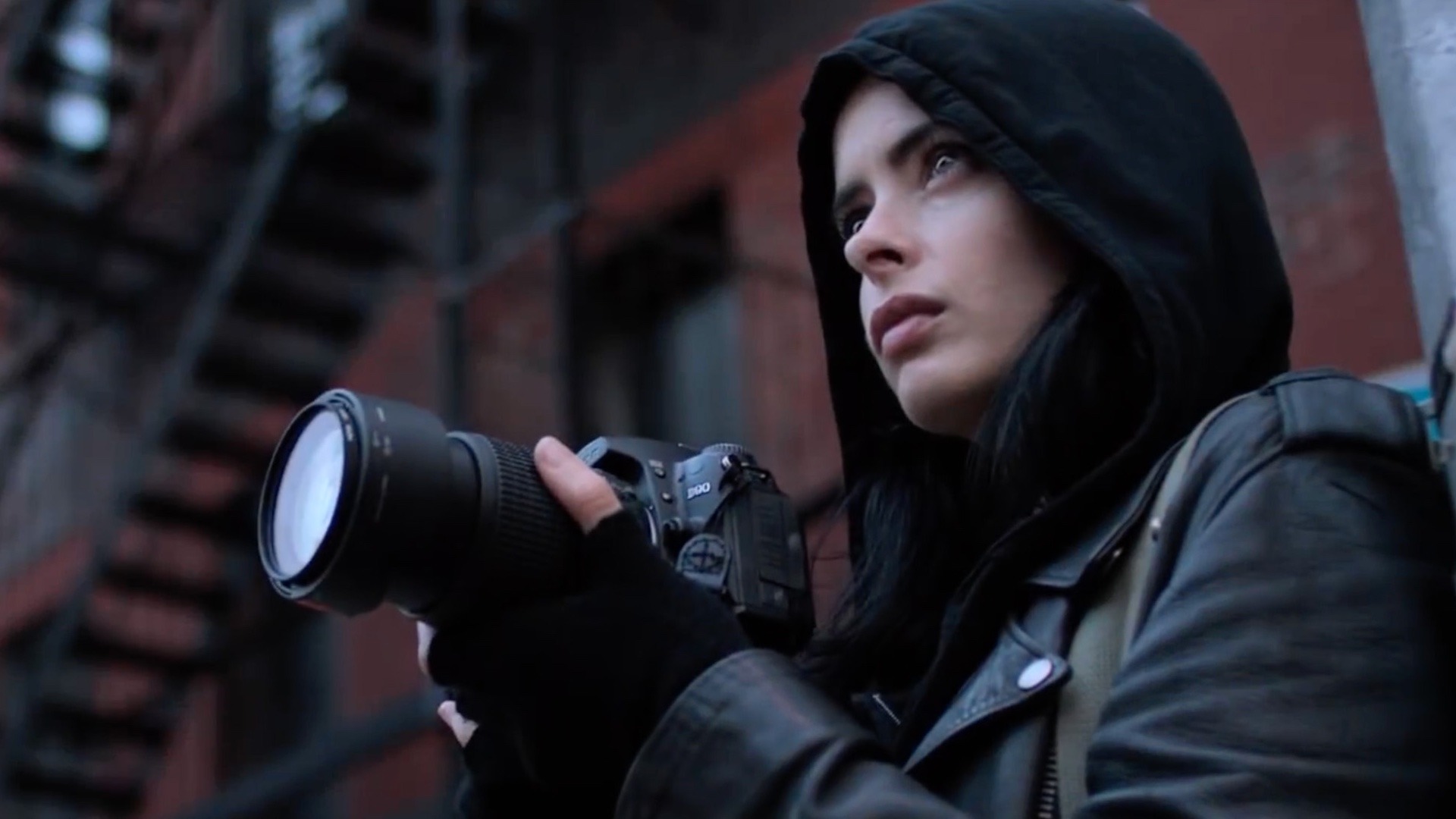 Like Daredevil, our great hero was made better by the incredible antagonist they faced. Kilgrave is absolutely terrifying. The mind control power has been done in media before, but never this effectively. He’s built up so well. In the first episode, we don’t see him, but Jessica is clearly scared of him. When he makes Hope murder her own parents, it sets the tone for the show. We don’t even see him until a few episodes in, but by then, he’s already well established. I love that he’s not hellbent on world domination or something like that. He’s just a selfish psychopath who is obsessed with Jessica and doesn’t care what his powers do to those around him. It makes him unique. David Tennant is fascinating in the role and captivates with each scene he’s in. Kilgrave is neck and neck with Kingpin for best MCU villain so far. 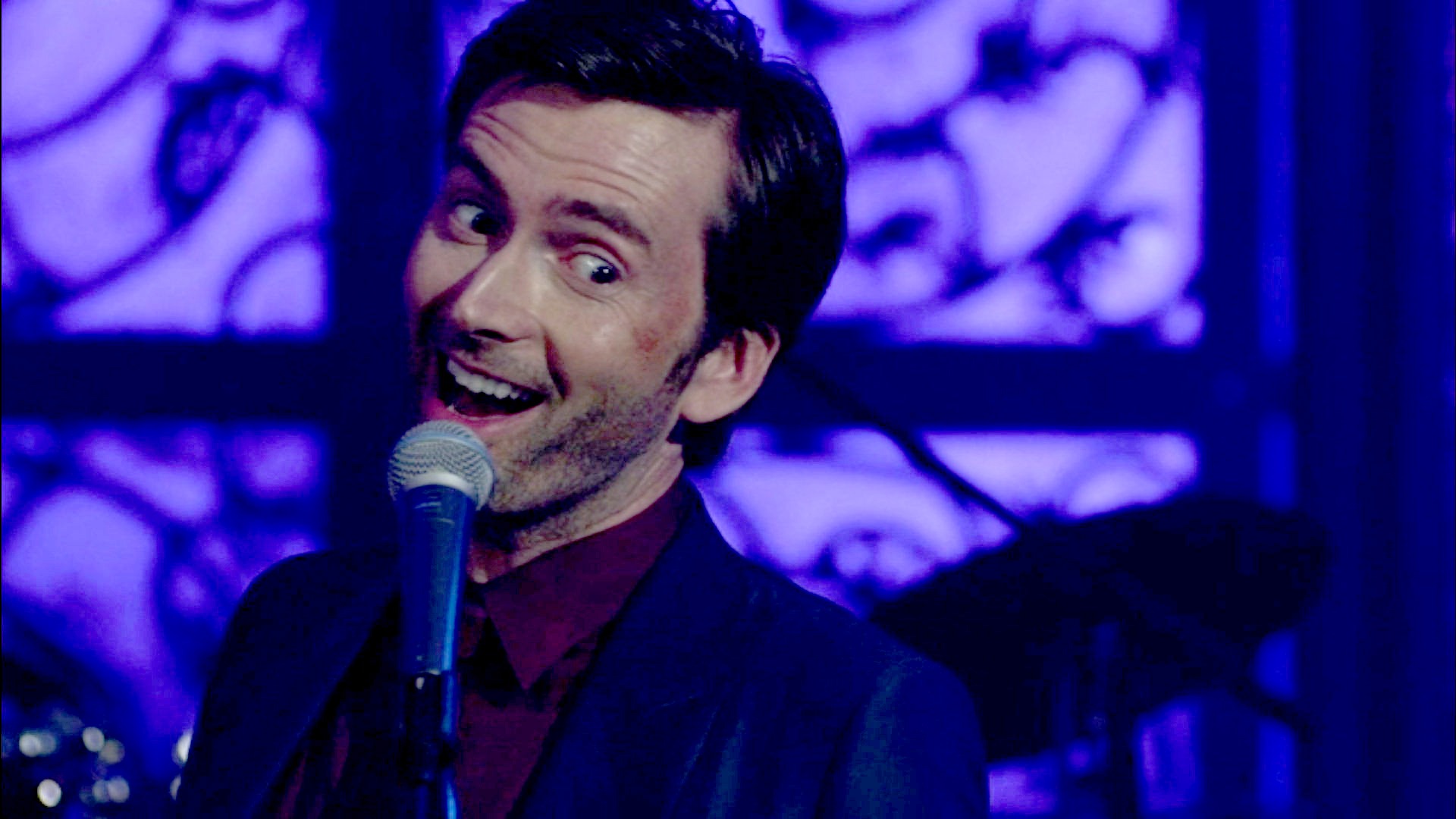 The comparisons to Daredevil continue because this show got the supporting characters right, which is something its Netflix brother also did. Other than Jessica’s awful neighbor Robyn, everyone is a layered character. Trish (Rachael Taylor) has a complex relationship with Jessica that is always interesting. Her consistent trait of hating that she needs to be saved in situations drives a lot of what she does. Malcolm (Eka Darville) is sympathetic throughout and grows from random nuance into helpful character. Jeri (Carrie-Anne Moss) is a shark of a lawyer who has a side story that ties into the main plot very well. Even Simpson (Wil Traval) gets a lot to do. When Jessica wasn’t on screen, there was still a lot to care about. 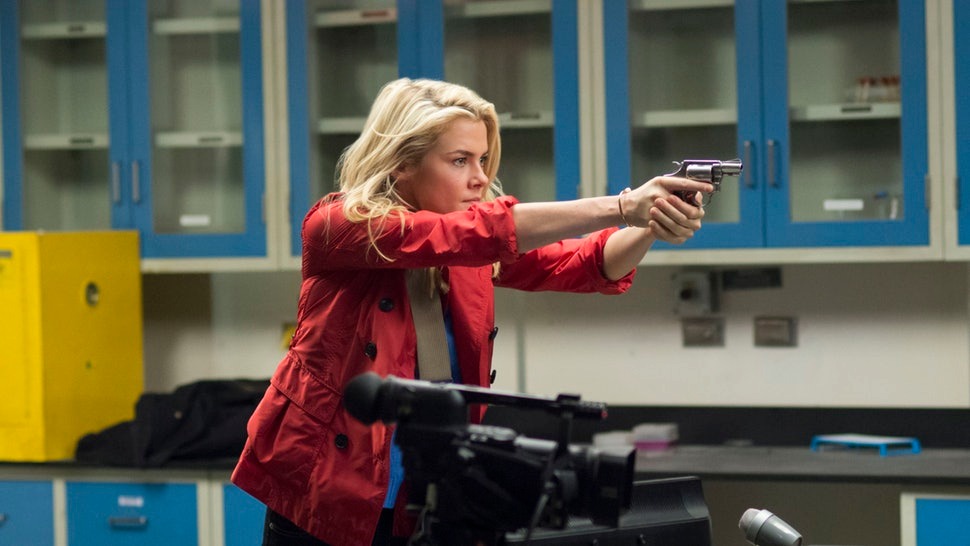 There are some truly powerful, frightening scenes in this show. There’s the moment where Kilgrave escapes the soundproof room he’s in and as soon as he’s out, he can control everyone. He makes Trish shoot herself in the head, but the only reason she lives is because she was out of ammo. Watching her go from ready to shoot him to committing suicide is wild. There’s the incredible scene where Kilgrave takes over an entire police station, forcing everyone to point guns at themselves or each other, as he has a conversation with Jessica. I also really enjoyed the final confrontation with Kilgrave. Jessica tricks him (and us) into thinking he has control over her again. However, once she reveals he doesn’t, she snaps his neck with ease. He didn’t put up a big fight because he had no chance. His control over her was never about the physical, it was more mental. 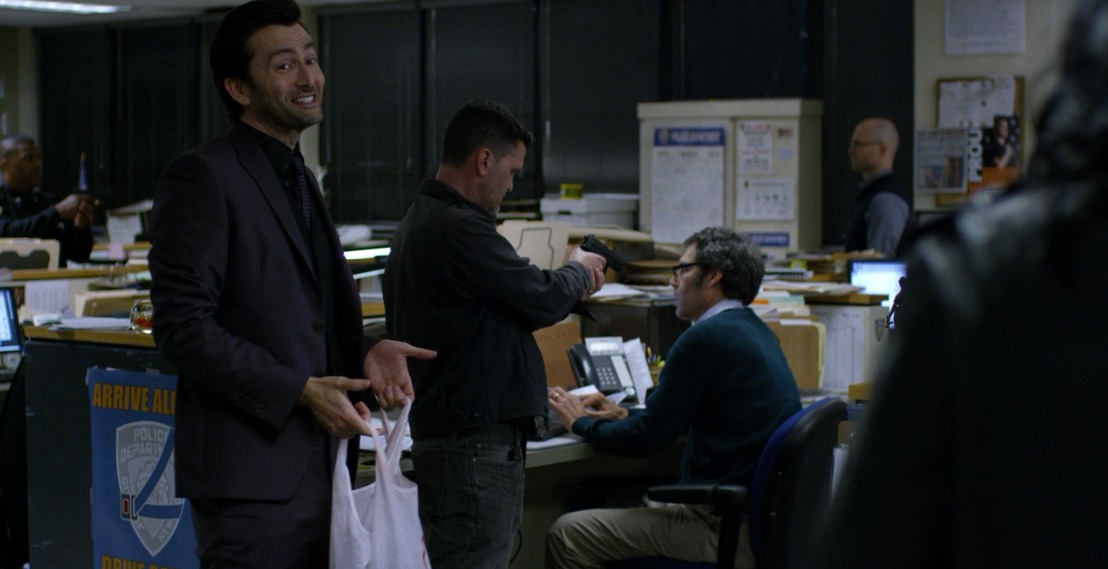 The gritty style that comes with Netflix was a big help for this show. There’s a lot of dark subject matter going on and being able to utilize the mature feel gave them the freedom they needed. For example, the topic of Kilgrave raping Jessica while she was under his control is touched upon several times. It’s the kind of thing that wouldn’t get this shine on another platform. It’s important to discuss these things and see it from both sides. The noir style for the investigative stuff was also appreciated. I also liked how the show never went overboard with Jessica’s use of her powers. She uses them when she needs to. Without a ton of fighting or uses of abilities, it was good that the show had the P.I. stuff to lean on. 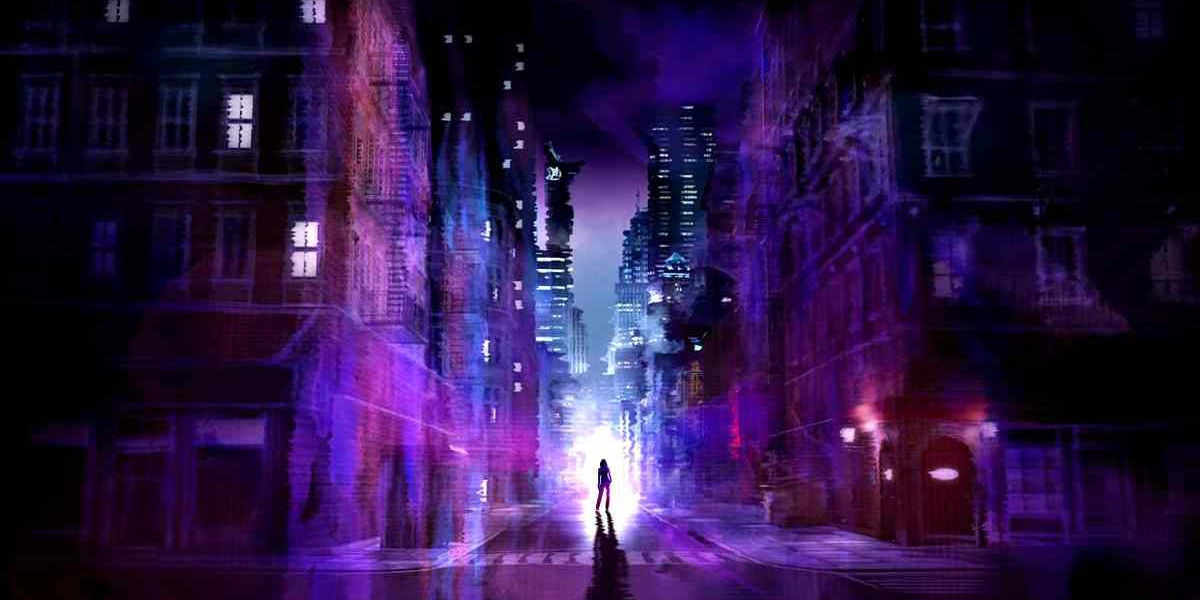 Again, like Daredevil, this show had a slight issue with the length. Both shows had 13 episode seasons and while that’s not too long, the storylines presented both felt like they could’ve wrapped in 10 or so episodes. Like that series, the ninth episode was where everything came together nicely and then things slowed a bit as we geared up for the finale again. It’s not a huge deal, because the show is still great, but it is a cause for a bit of concern. 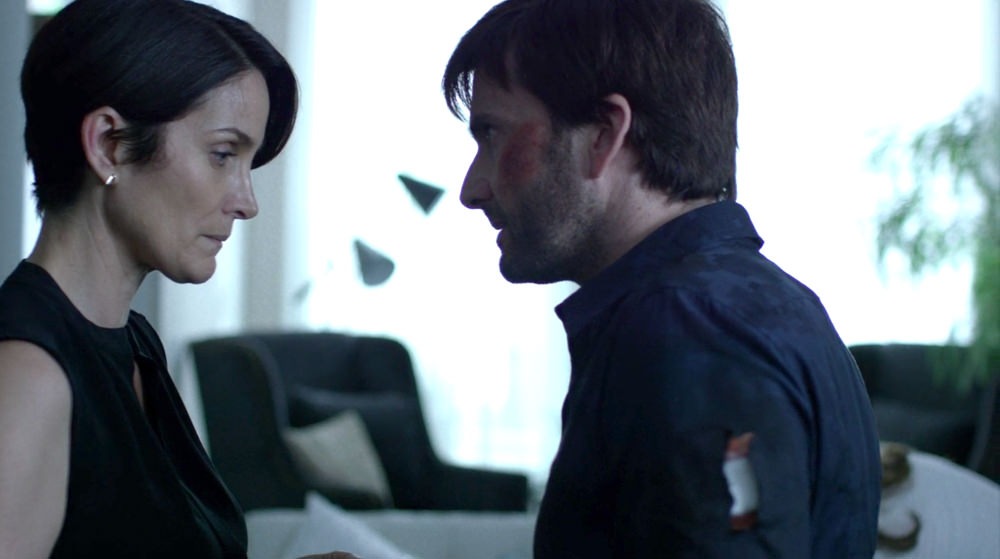 Before wrapping this up, there’s always the connections to the MCU to talk about. You’ll find that there aren’t a ton in these Netflix series. But, two or three stand out in Jessica Jones. First, there was the obvious inclusion of Luke Cage (Mike Colter). The Harlem man with unbreakable skin is a love interest and partner for Jessica, who ultimately gets his own show on Netflix. Claire Temple (Rosario Dawson) returns in a seemingly shoehorned in cameo after her run on Daredevil. And of course, the aftermath of The Avengers continued to be felt, as Jessica was targeted in an episode by people who were sick of the superpowered after the alien invasion of New York. Those like Jessica weren’t welcomed by everyone, which is part of what leads to Captain America: Civil War. 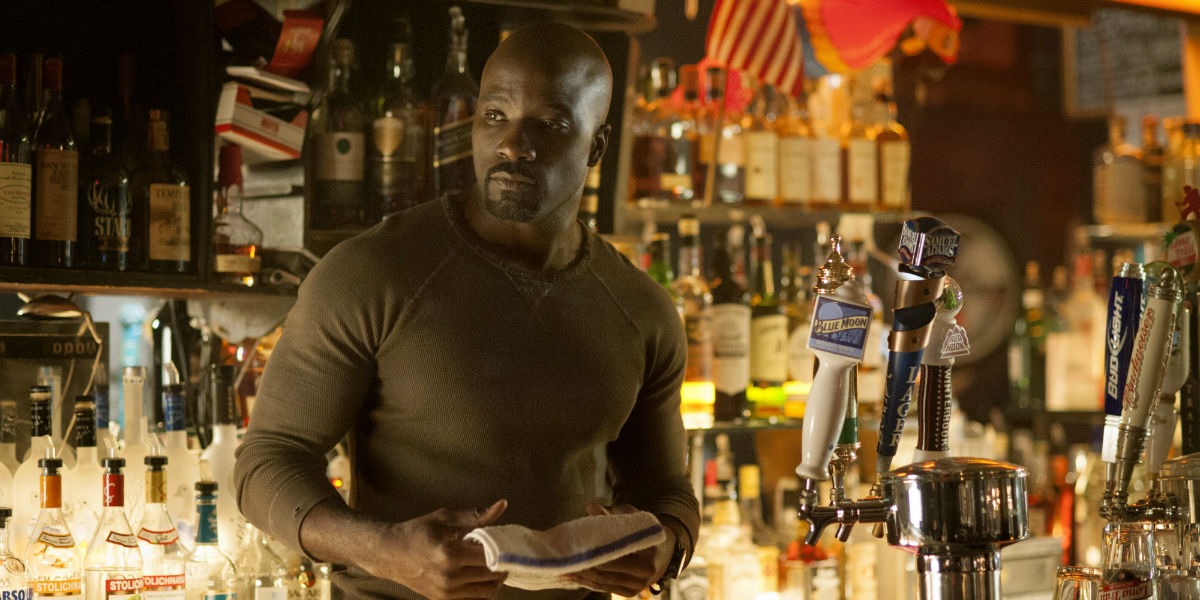 All in all, this delivered in spades. With fantastic acting, a gripping story, a terrifying villain, and some episodes packed with emotion, Jessica Jones is stellar. It's tough to decide between this and Daredevil for best MCU show so far as both are top notch.