All of Phase One led to this massive team up movie

This is it. The film that truly changed everything. Throughout history, most superhero films appealed to a niche audience. Even though The Dark Knight was a massive success and I love that movie, it’s more of a crime drama that happens to star Batman characters, rather than a superhero movie if that makes sense. The Marvel movies had done well up to this point, but The Avengers took things to a whole new level. Take a look at the Marvel Cinematic Universe box office numbers up to this point.

All respectable numbers. Yet, the movie they all built towards, The Avengers, pulled in an astounding $1.519 billion. At the time of its release, it was the third-highest grossing movie of all-time and still comfortably sits in sixth place to this day. This massive number represented a changing of the guard. Starting with this, MCU films went on to crack the billion dollar mark five more times. It’s safe to say this is the most significant and influential superhero movie ever made. So, gear up and strap in, because I have a lot to say about it. 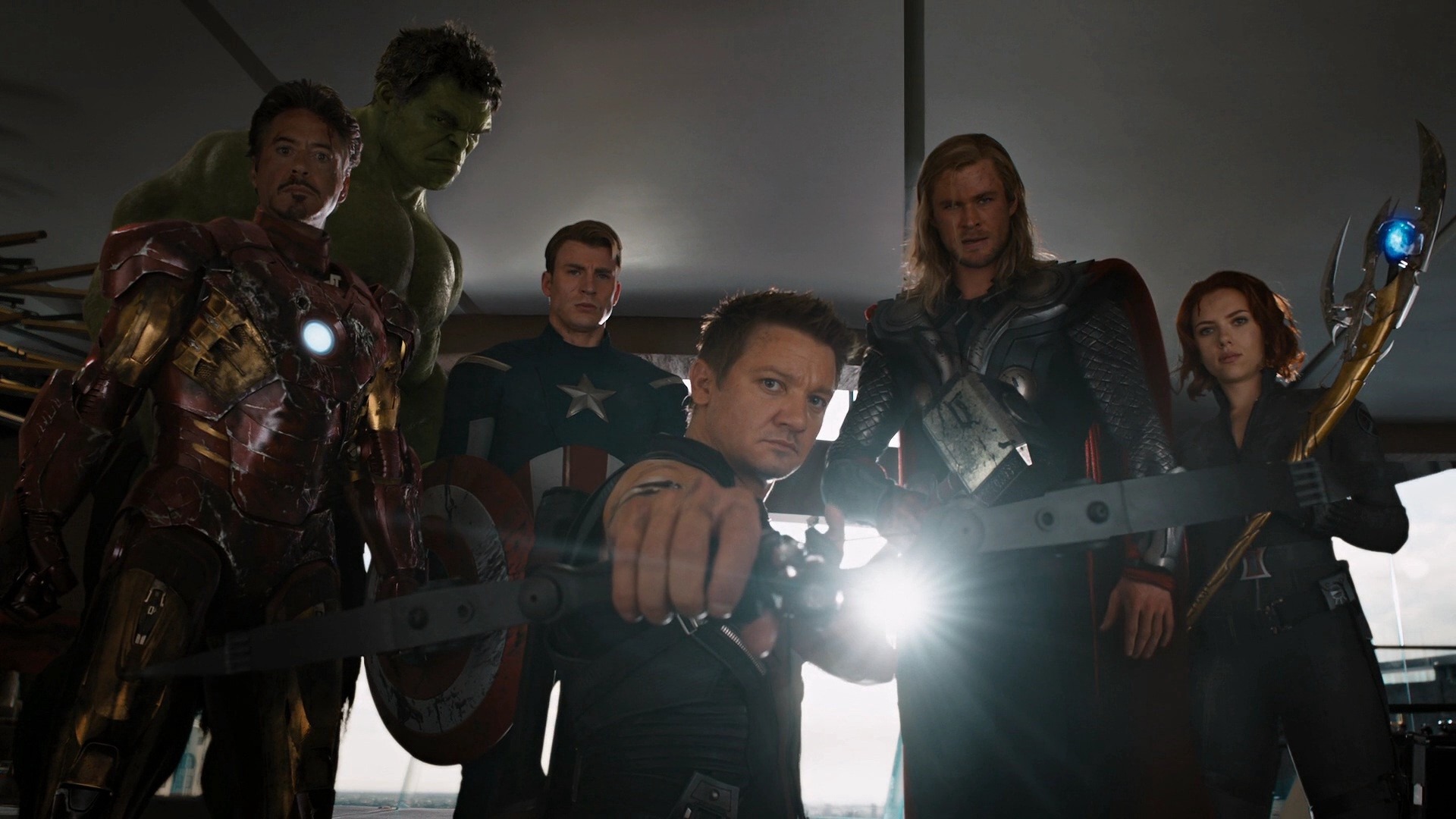 On paper, making these Avengers movies work should be impossible. There are four major characters who already had their own films, plus Hawkeye, Black Widow, Loki, Nick Fury, and more. That’s a lot of moving parts. Part of why it works so well is the absurdly strong cast chemistry. Very rarely have so many A-List actors all clicked and gelled this seamlessly. That’s part of what makes the MCU so great. They cast actors who are not only good in their respective roles, but ones who play well off each another. The banter among the characters gives us some of the best moments of the movie. Even if you take out the action scenes, I could watch an entire movie based around these characters just conversing with one another. The team aspect does also play into the action. Whether these characters were fighting each other, like in the woods or on the Helicarrier, or working together for some dope combo attacks, it was great. 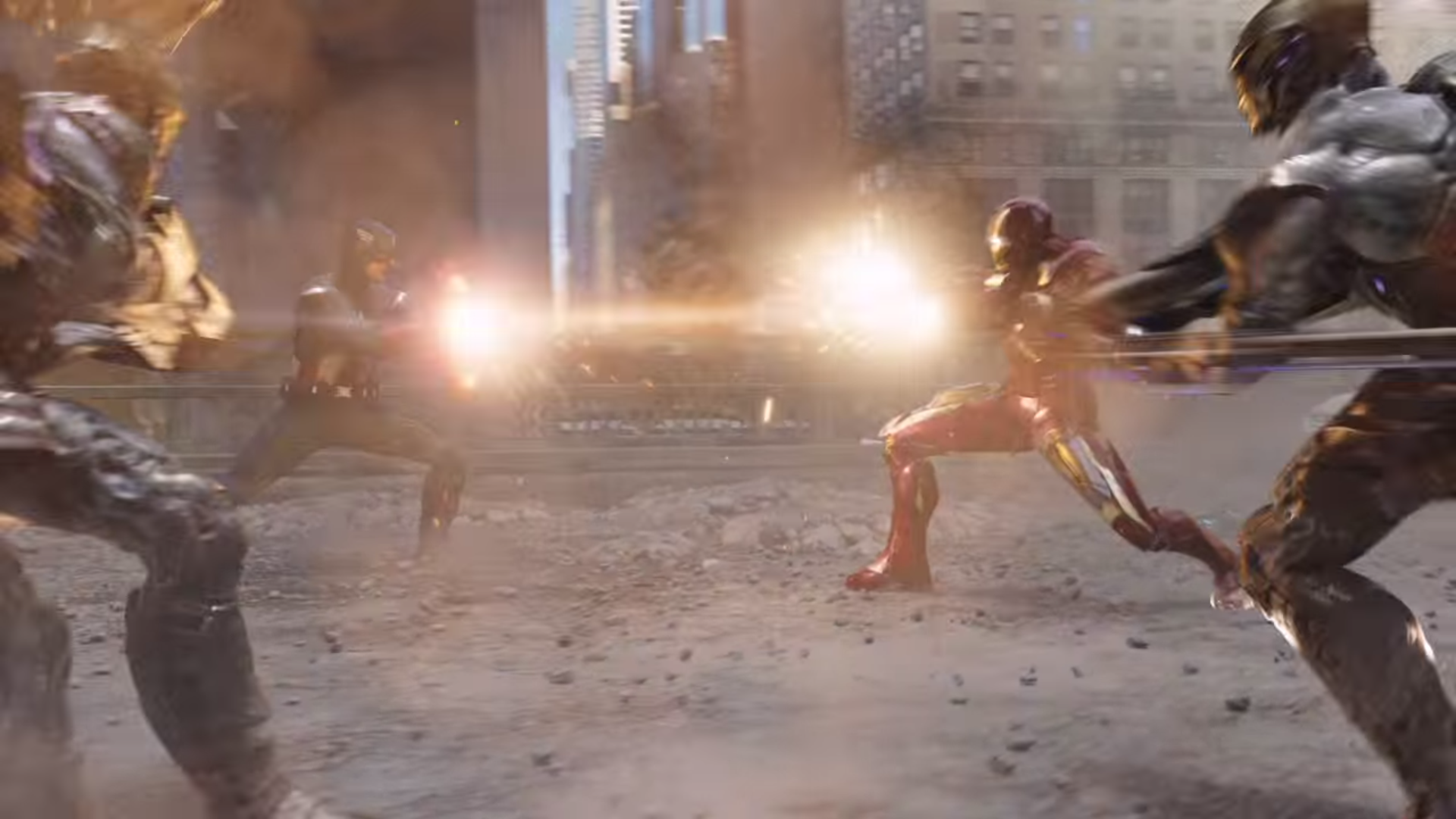 While there are plenty of fantastic moments between members of the teams, there's a bond between two that stands out. It’s not Hulk and Thor battling over who’s stronger or Natasha and Clint killing it as the two non-super members of the team. It's what we get from Tony Stark and Steve Rogers. Robert Downy Jr. and Chris Evans nail their scenes together. Every single one. Tony’s arrogance and overall demeanor makes him the anti-Steve. Their argument on the Helicarrier about Tony not being the guy to make the sacrifice play is so pivotal. It’s surrounded by some other insults that cut deep, but that line is hugely important because Tony’s the one who indeed makes the sacrifice play when it all comes down to it at the end of the movie. That seems to be the moment where Cap truly comes to respect Tony. 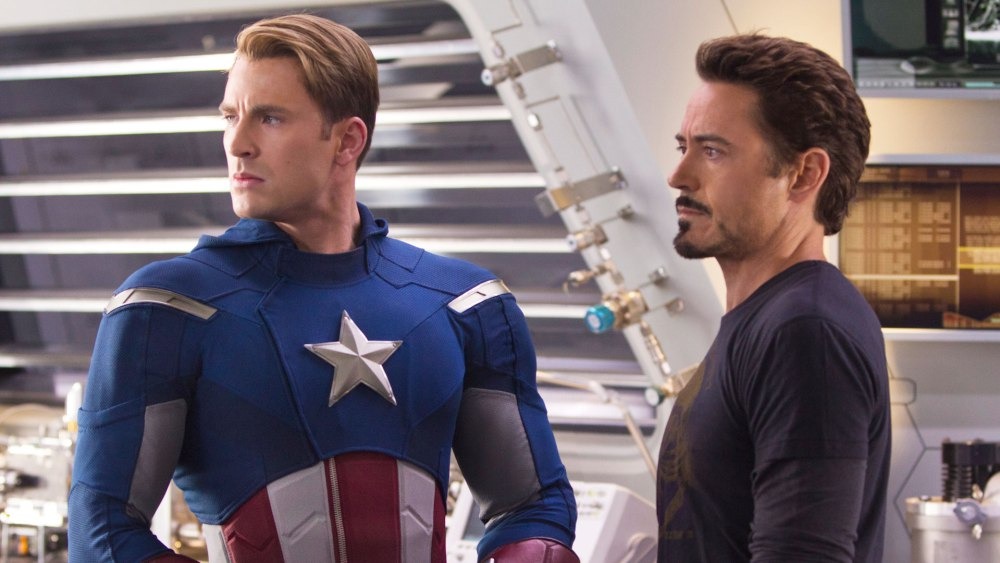 Two characters came into this movie having less than stellar beginnings and needing some redemption. First up, Loki. I noted how he didn’t do a whole lot other than whine in Thor. Here, he’s a far more interesting villain. He showcases the charisma that made him a crowd favorite and a prominent part of several other MCU movies. Tom Hiddleston excels at the balancing act of being someone who is arrogant, yet unsure. There’s a scene where Thor is telling him to look at the carnage he caused. You can see that Loki realizes he messed up, but his pride leads him to push forward and attack his brother. He was a great choice for the first villain the team faced. 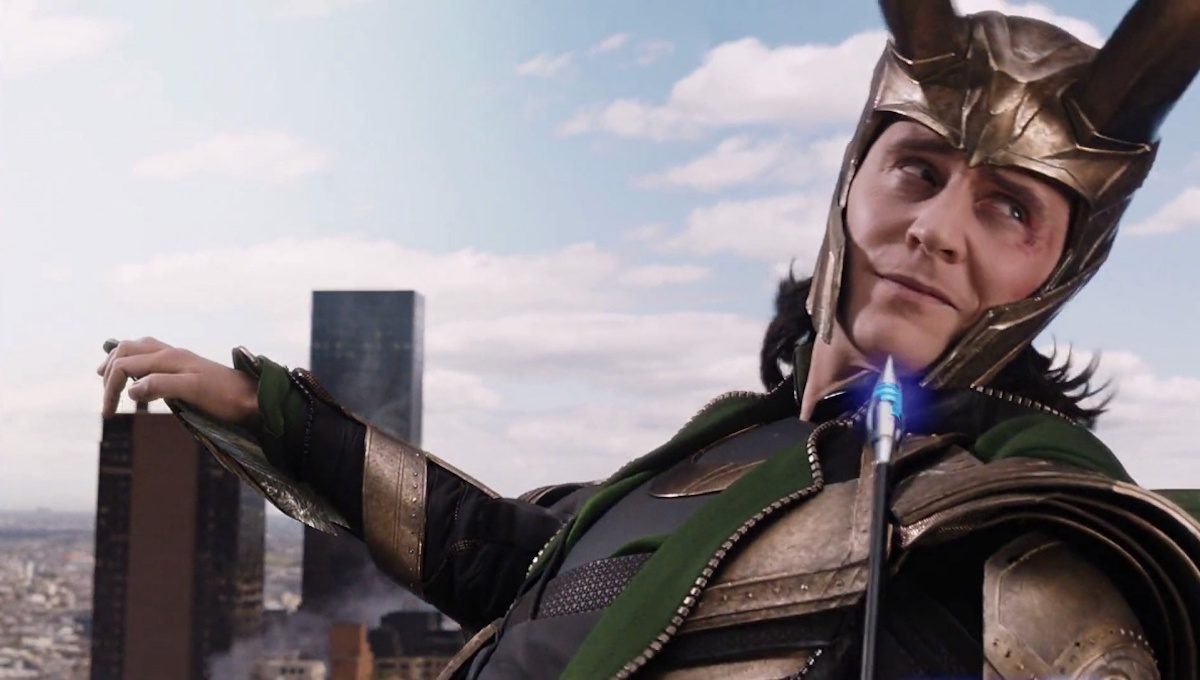 The other character needing to shine was the Hulk. Edward Norton was fine in The Incredible Hulk, but the movie is among the more forgettable in the history of the MCU. Combine that with Hulk in 2003 and the character hadn’t been well represented in film. That all changed here. Mark Ruffalo stepped into the role and hit it out of the park. He nails the mannerisms of this Bruce Banner. He nervously walks around, as if he's afraid to bump into something and set off his “condition.” He seems like the genius Banner needs to be. A perfect contrast to his brute alter ego. Then, when he turns into the Hulk, it’s the best it’s ever been. The scene on the Helicarrier where he chases Black Widow is so good. You can feel the fear in Natasha as she runs for her life. Hulk steals the show in the big final battle, being the absolute wrecking ball we all want him to be. 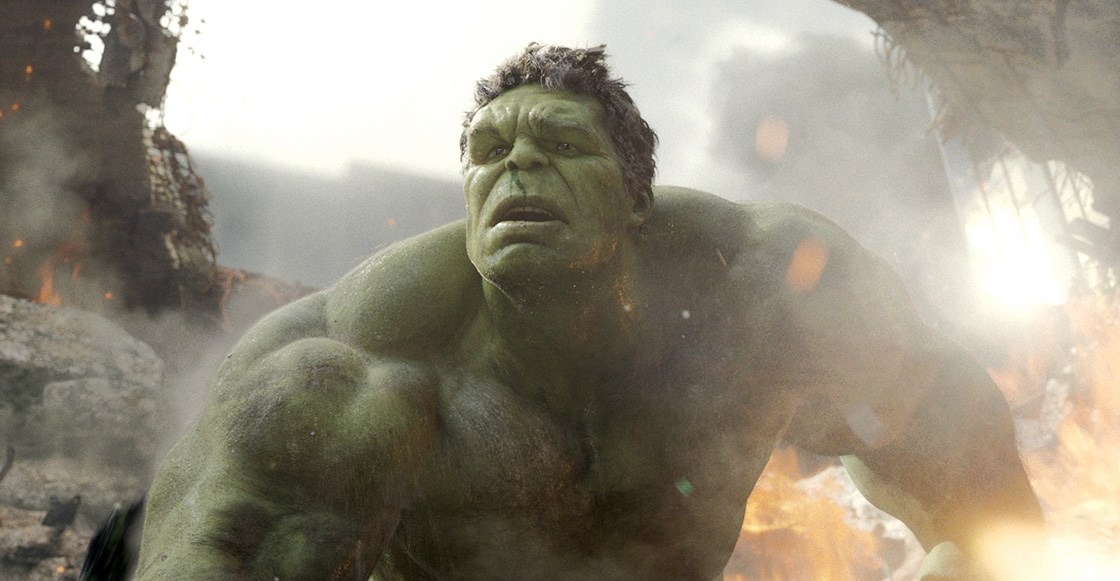 Up to this point, we’ve seen Agent Coulson a handful of times, especially during the Marvel One Shots. He’s a fun character who gives a face to S.H.I.E.L.D. He’s never more important than in this film. He’s given key scenes with most of the major characters. There’s his meeting with Tony and Pepper where we find out his first name, his conversation with Thor about protecting Jane Foster, and there’s him geeking out over meeting Captain America. When things are at their bleakest on the Helicarrier, he stands up to Loki, even though he’s way overmatched. His death is the moment that brings this team together. Bringing him back for Agents of S.H.I.E.L.D. is a decision I never liked and it’s why I avoided that show, though that will change with this watch through. 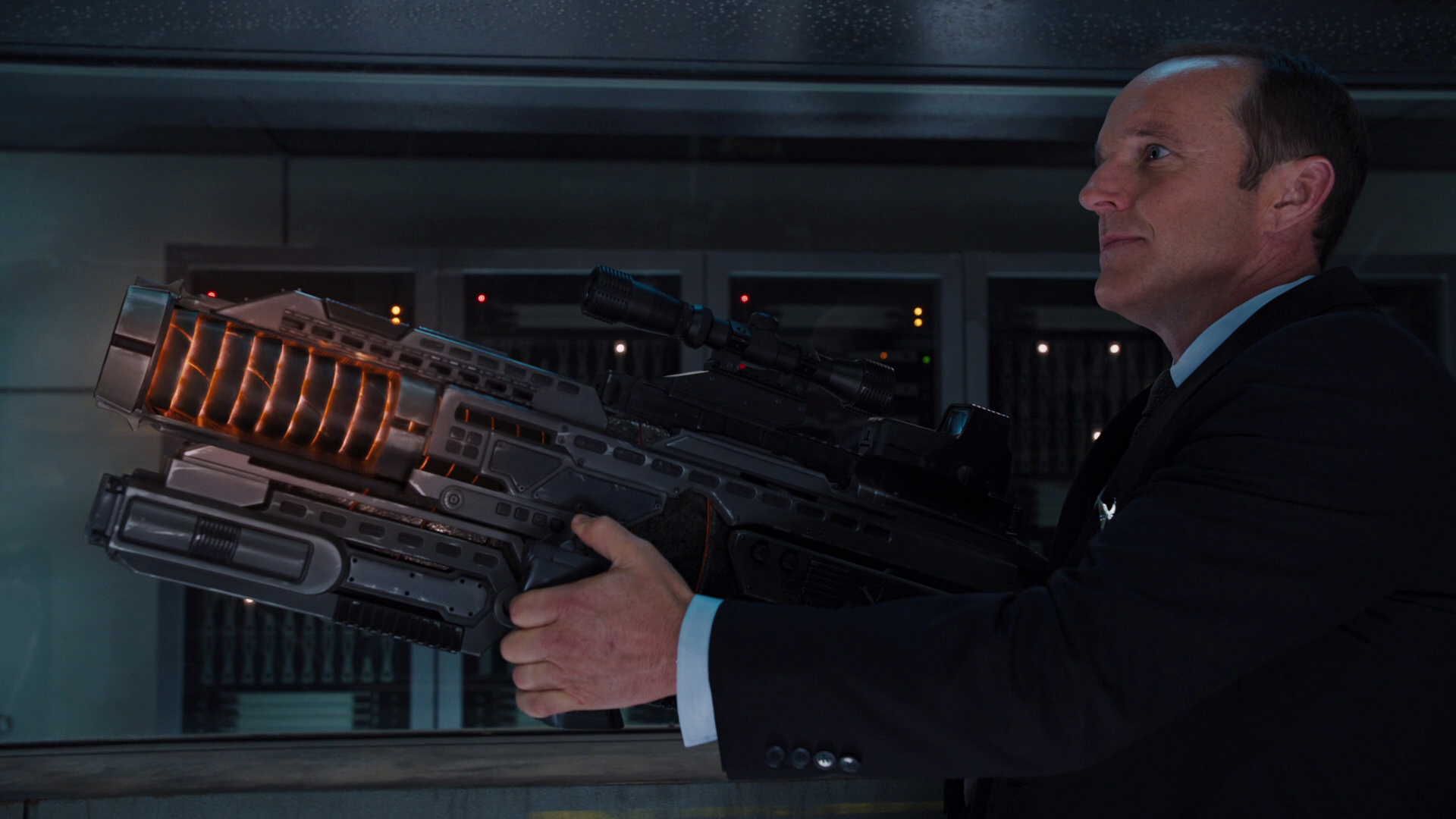 Before getting to what didn’t work and how things ended, I wanted to give a special mention to Hawkeye. His only appearance before this was in Thor and it certainly underwhelmed. He literally just stood there and aimed his arrow at Thor, then lowered it. Due to his lack of special abilities, Hawkeye has become something of a running joke in the MCU among fans. Even Jeremy Renner poked fun at this during an appearance on Saturday Night Live. However, I think he’s one of the highlights of the movie. His scenes with Scarlett Johansson are top notch and his arrow shooting skillset leads to some of the best moments during the massive alien fight scene near the end of the movie. It makes me happy to know he plays a pivotal role in the sequel. 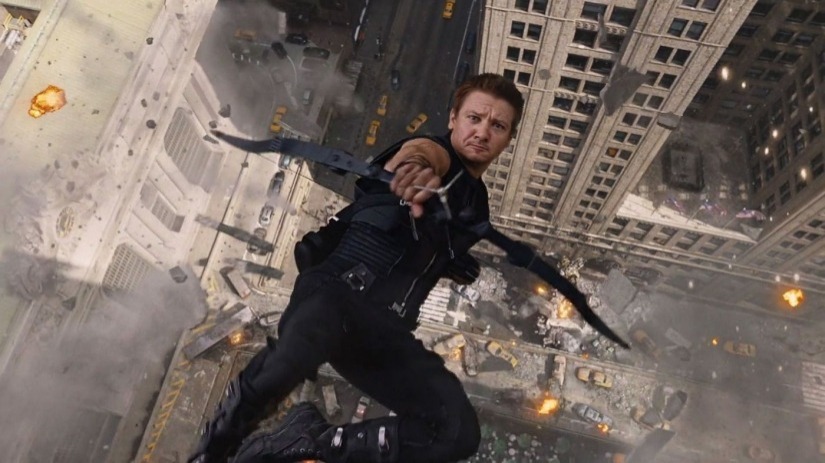 No, this movie isn’t perfect (and it’s rare to find a movie that is). The opening scene feels pretty jarring. Starting with Nick Fury is fine, but then you have Maria Hill, Erik Selvig, and Hawkeye, who are all characters the fans didn't really pay to see. Loki takes over and then they engage in the weirdly out of place Metal Gear Solid like chase scene. It just feels strange. I also have one gripe near the end of the movie. With the Tesseract opening a portal to space, Erik randomly says he created a failsafe while under Loki’s spell. That’s a cheap way to go because Loki’s control was supposed to be this powerful thing. Some random scientist can just overcome it because it makes wrapping up the story easier? Come on. 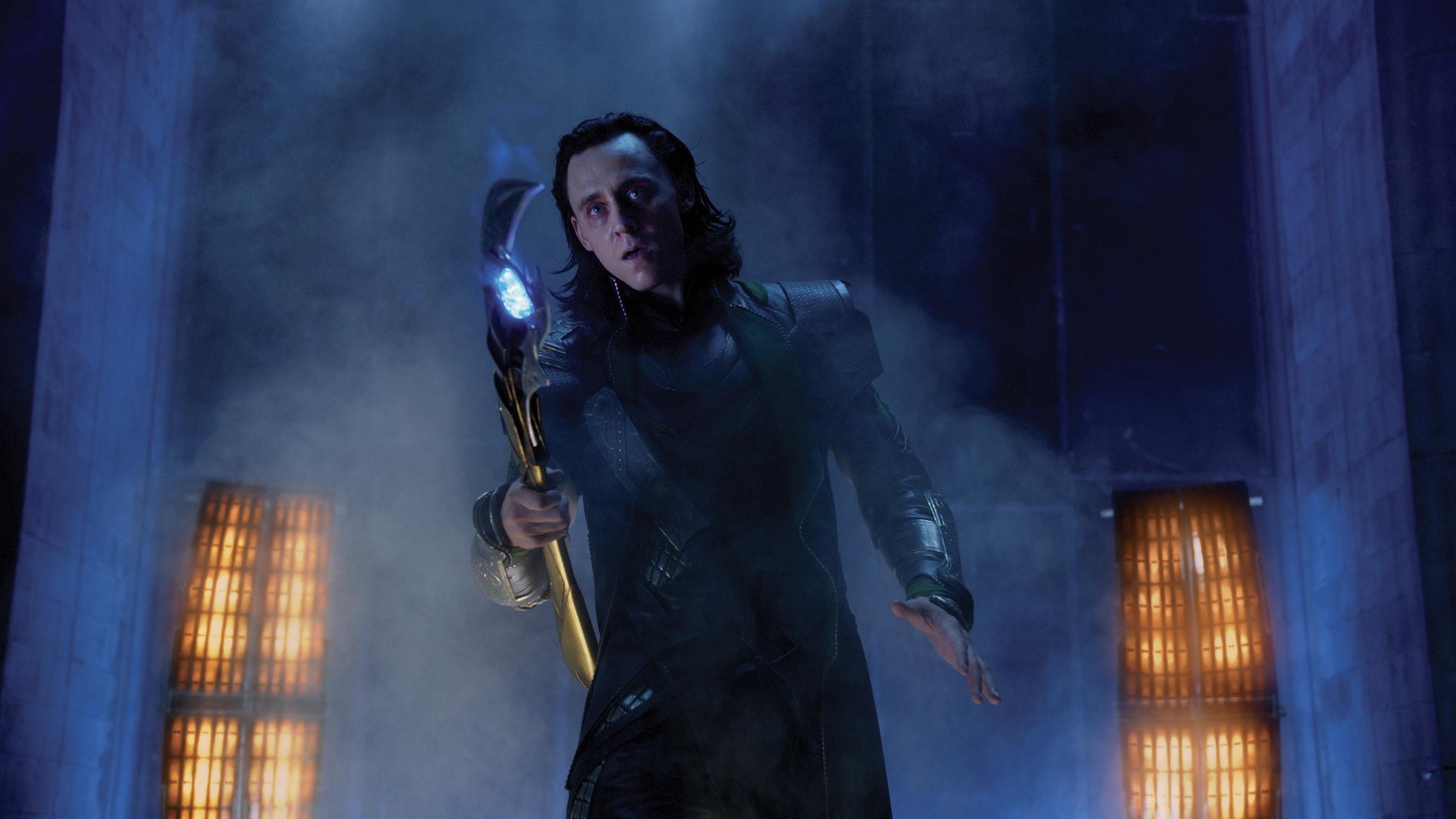 Lastly, we'll focus on the ending. First, I like how the Stan Lee cameo was left for the end. “Superheroes in New York? Gimme a break.” A fun line for him. The final shot of the actual movie is a great one. Stark Tower took a beating during the fight and all that stands from his name is the letter “A.” It’s not subtle at all, but it’s a fitting end to The Avengers. The real kicker was the post-credits scene. Thanos makes his first appearance by turning to the camera and smiling. For all comic fans, that was the MCU throwing down the gauntlet, pun intended, that things were about to get serious. There was a true big bad on his way and we all needed to brace ourselves. 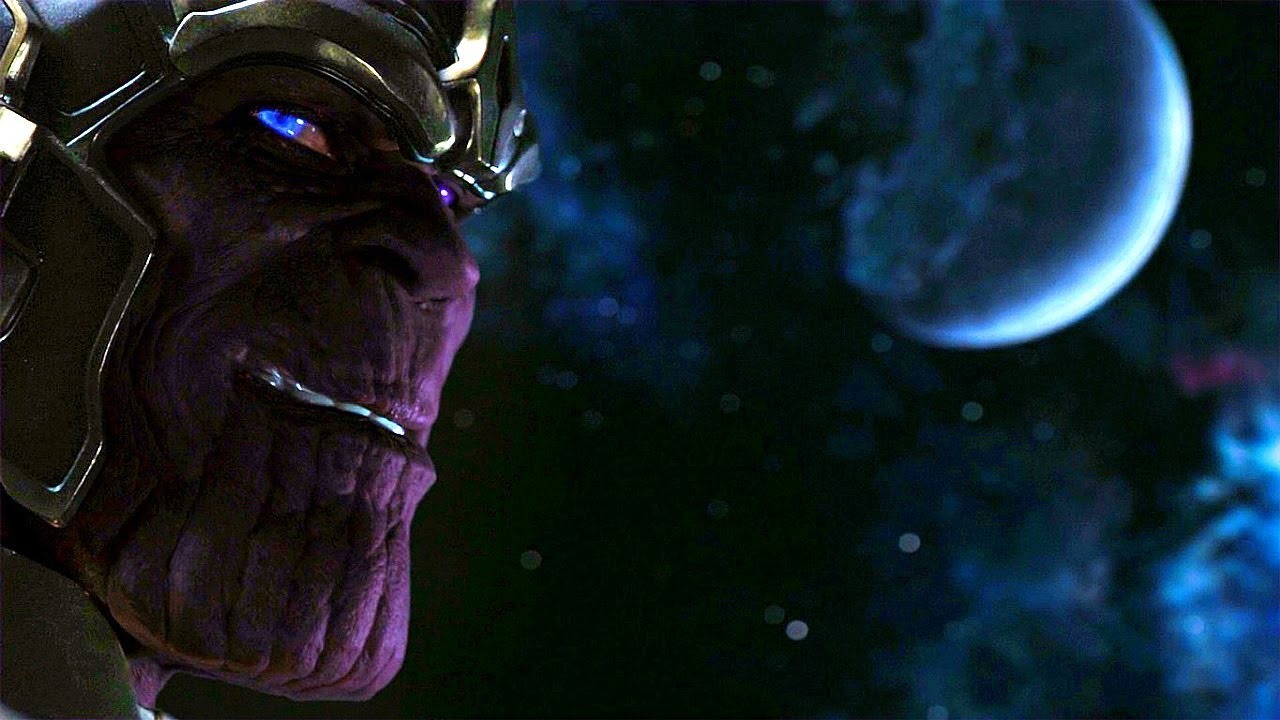 In terms of my overall feelings, it should be obvious. Come on. It’s The Avengers. Not only is its place in history important, it’s the most fun you’ll have watching a superhero movie, especially up to this point in history. There are a few nitpicky issues, but that doesn’t stop this from being one hell of a ride. The action is wild, the characters work incredibly well together, and the movie comes together in a way that probably shouldn’t be possible. Outstanding.