The God of Thunder comes to the big screen

It’s the official debut of arguably the most powerful member of the Avengers, Thor. The God of Thunder had his first film released before Captain America: The First Avenger, but it chronologically comes just before The Avengers, which eventually closes out Phase One. For the most part, this phase has done well in terms of origin stories, but most characters eventually have stronger entries into their respective series at later times.

There’s something about the Thor character that can cause problems when trying to craft a film around him. He’s literally a god. That means he's basically unstoppable, especially when he has his hammer. However, for a movie like this to succeed, we need him to be somewhat vulnerable or there are no stakes. That was taken care of with a plot that involved Thor being cast out of his home on Asgard, stripped of his powers, and sent to Earth.

Going that route with the story was probably for the best as it opened up many options for the character. However, it caused a jarring change to the tone of the movie. The opening scenes on Asgard see Thor as a brash, bull-headed, and somewhat entitled dude. He battles Frost Giants and there’s action all over. When he comes to Earth, that clearly changes, yet it’s surprisingly for the better. The reason for that is simple. Chris Hemsworth (Thor) is delightful in terms of comedic timing. He goes all in with the fish out of water story. Lines like “THIS DRINK. I LIKE IT! ANOTHER!” as he smashes a mug of coffee in a diner or “I NEED A HORSE!” as he enters a pet shop looking for transportation, were all the proof needed that this was a wacky character. Feeding into that would be for the best, but more on that when we get to Thor: Ragnarok. There is also a solid arc for his character. He is undeserving of the hammer, so when he fails to lift Mjolnir on Earth, it hits him hard. It also makes the scene where he sacrifices himself and earns the hammer, that much more rewarding. 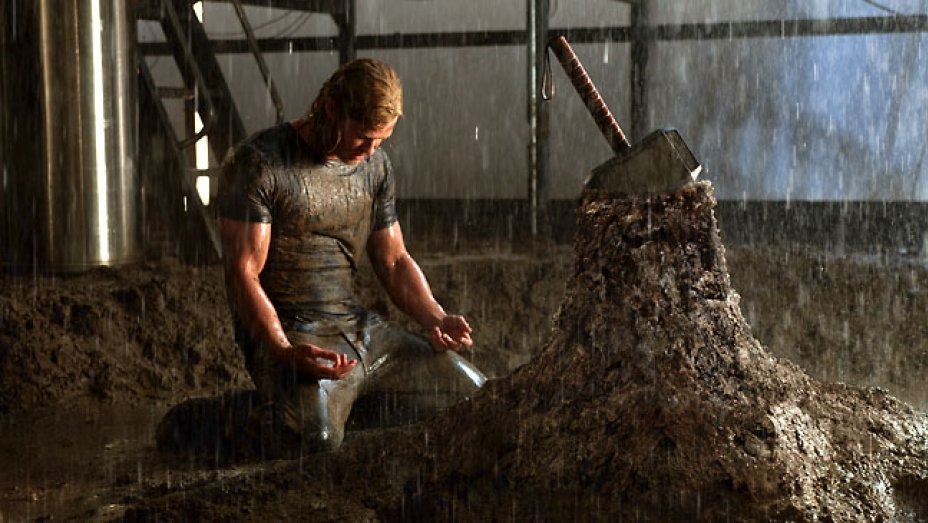 Though the funny stuff works, the film suffers from a handful of issues. For one, it feels like a romantic comedy that doesn’t have quite enough comedy. Thor is great when given the chance in that department, but it doesn’t happen as much as it should. There’s also a ton of awkward exposition. For those unaware, exposition is dialogue in a movie that is delivered with the sole purpose of explaining stuff to the audience. Most movies have it and it’s understandable, yet this one explains a lot while they’re in Asgard and does so in a way that makes your eyes roll. Characters say things that they obviously wouldn't in everyday situations.

Speaking of Asgard, there are some problems with the characters there. Obviously, Thor is good and Anthony Hopkins does well as Odin. However, mostly everyone else is forgettable. Rene Russo doesn’t do much as Thor’s mother, Frigga. Jamie Alexander is solid as Lady Sif, but she’s the only member of Thor’s friends you even remotely can recall. The Warriors Three all feel like interchangeable characters that you care nothing about. And off Asgard, Kat Denning’s Darcy feels pretty pointless. The biggest issue is an unfortunate one and it involves Loki. Tom Hiddleston has done wonders with the role over the years, but in this first appearance, he’s not interesting. He just whines a lot on Asgard and feels nothing like the charismatic character we’ve come to love over the years. If I were ranking the villains in the MCU, he’d rank pretty low so far. 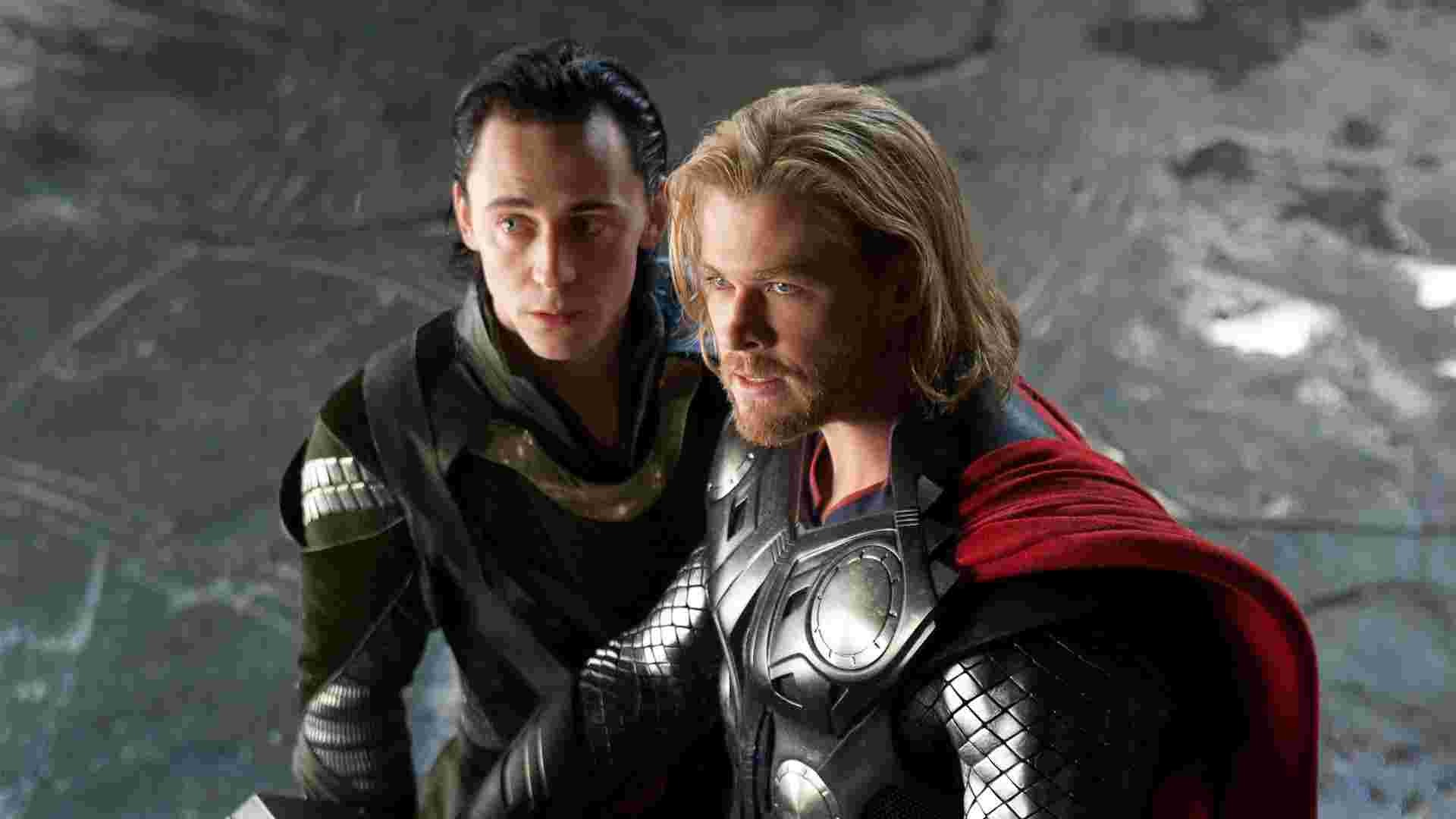 In terms of the way the film looks, there’s good and there’s bad. For some reason, they decided to shoot this with a ton of Dutch angles. Those are shots where the camera is tilted. It’s typically used to give off the vibe of something or someone being in a state of unease. Here, it gets used way too often. There are tilted camera shots everywhere, whether on Earth or Asgard, and none of them make sense. It’s grating to watch, especially for establishing shots. On the flip side, the special effects are quite good. The Frost Giants look cool, Asgard looks good, especially compared to the Earth scenes in New Mexico, and the villainous Destroyer robot is one of the best looking things about the movie. Its clear thought was put into how this character would come across and it’s worth it.

Before wrapping this up, I will touch on Natalie Portman. She plays Jane Foster, an astrophysicist who becomes Thor’s love interest. Many people dislike the character and feel she was harmful to Thor’s movies. I disagree, at least for now. Portman and Hemsworth had strong chemistry in this and their scenes together were usually pretty solid. I do admit a few came across as dull, but it mostly worked. Their chemistry was about on par with Tony Stark/Pepper Potts and just behind Steve Rogers/Peggy Carter. 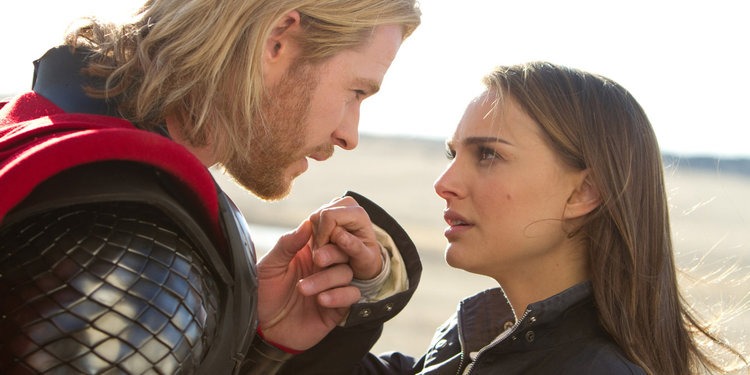 In terms of MCU connections, there are plenty. Obviously, the inclusion of a character like Agent Coulson has connections. There’s also the mention of a scientist who sounds a lot like Betty Ross from The Incredible Hulk. The important connects have to do with The Avengers. To start, we got our first look at Hawkeye. He kind of just stands there with his bow and arrow, though. I wish he did more, so we could see why he’s good enough to be part of his super team. The other big moment was in the post-credits scene, where Nick Fury shows us the Tesseract and we find out that Loki is still alive. That’s all very important going forward.

I wrote more about this than I expected to. It’s a solid movie that has a handful of things keeping it from being great. That’s kind of a trend with Phase One movies, as I feel Marvel didn’t fully kick it into high gear until The Avengers and beyond. Oh, and I thought the Stan Lee cameo of him driving a truck trying to pull Mjolnir from the ground was kind of funny. Kudos there.